The commission of the assault on the Capitol accuses Trump: "It was the culmination of an attempted coup"

“We cannot leave what happened under the rug. 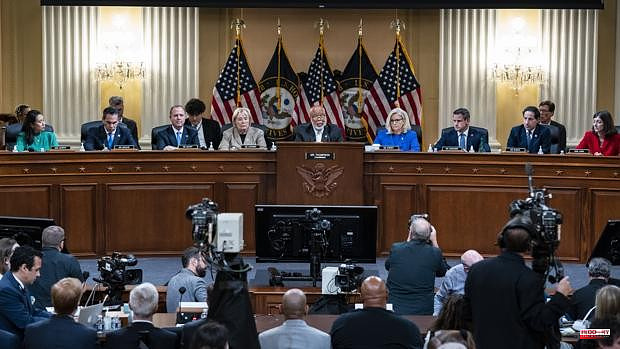 “We cannot leave what happened under the rug. The American people deserve answers," Bennie Thompson, the Democrat who chairs the House committee investigating the Jan. 6 assault on Capitol Hill, said Thursday night. It was the opening speech on a historic night, a public appearance scheduled at eight in the afternoon (two in the morning on Friday in Spain), during prime time, with the news channels broadcasting it live, in search of the greatest attention and impact on the American electorate.

If those answers had to be distilled into two words, they would be 'Donald' and 'Trump'. The former US president, who sought to turn the results of the polls around after losing the 2020 elections to Joe Biden, was the main protagonist of the appearance.

His figure is the central element of the attempt to challenge the popular will, stay in the presidency and prevent a peaceful transfer of power, the pillar of democracy. He denounced a non-existent massive fraud - neither the courts, nor the local authorities, nor his own Department of Justice agreed with him - and began a campaign to stay in the White House in which he pressured the legislators and his vice president -Mike Pence- for them to skip the Constitution.

It all ended -for now- in one of the most embarrassing episodes in the history of the oldest and most stable democracy on the planet -and tragic, five people died and dozens were injured, including many policemen-, with the seat of sovereignty invaded and desecrated by a 'trumpist' mob.

"January 6th was the culmination of an attempted coup, a brazen attempt - as one of the rioters put it shortly after January 6th - to 'overthrow the Government,'" Thompson proclaimed. “The violence was not accidental. It represented the last round of Trump, his most desperate attempt to disrupt the transfer of powers ».

In Thompson's words, "Trump was at the center of the conspiracy" and "incited a mob of domestic enemies of the Constitution to march on Capitol Hill and subvert American democracy."

Thursday's appearance is the first plate of half a dozen sessions that will be scattered throughout the summer and that will detail Trump's role in contesting the results, his responsibility for action and omission in the violence experienced by the Capitol or the participation of far-right groups like the Proud Boys and the Oath Keepers.

The first installment was dedicated to laying down the basic lines of the story defended by the members of the committee: Trump tried to turn the results around despite having no basis for it and against the opinion of some in his closest circle, and spurred his followers into violent insurrection.

In it, a small part of the hundreds of hours of video collected on January 6 was projected, with highly violent riots by the mob, contrasted with Trump's actions that day: he first justified the assault in a message on Twitter and then, after several hours of invading the Capitol, he shared a video asking the assailants to leave the building. But he told them: “we love you, you are very special”.

The first two witnesses also appeared: Caroline Edwards, a Capitol police officer who was injured in the riots, and Nick Quested, a filmmaker who filmed the Proud Boys throughout the day.

The most outstanding performance, however, was that of Deputy Liz Cheney, daughter of former US Vice President Dick Cheney. She and Adam Kinzinger are the only Republicans on the January 6 caucus. Many in the party criticized Trump after the assault on Capitol Hill, but they were quick to back down in the face of evidence: the former president remains the most popular figure among his electorate, the one he gives and takes away. The reality is that most Republicans buy into Trump's massive voter fraud theory. Failing to do so, as is the case with Cheney and Kinzinger, makes you an outcast.

Cheney, however, went on the attack this Thursday against Trump. It was she who weaved the story of the conspiracy against the results and Trump's responsibility, his lies about the electoral results, his legal defeats in this regard and his final attempt to prevent Biden's certification as president.

“Those who invaded the Capitol and confronted the security forces for hours were incited by what President Trump told them: that the election had been stolen, that he was the legitimate president,” he recalled. "Trump called the mob, he called the mob, and he lit the flame of this attack."

Cheney, who is risking his position in the primaries in August and who will have a very difficult time not communing with Trump, did not forget a message for his fellow caucuses: "Tonight I say the following to my Republican colleagues who continue to defend the indefensible: the day Donald Trump is gone, but your disgrace will remain.

1 Trump: "January 6 represented the best movement... 2 Valle de la Riva: "Our goal is that these jewels... 3 Outcry in Soria against sexist violence after the... 4 Sánchez's "slaps" weigh down 38.6... 5 The Siro committees reach "an agreement in principle"... 6 Australia and New Zealand join forces to combat China's... 7 Chinese fighter jet crashes into homes killing 1 8 West condemns death sentences for three Ukrainian... 9 The employers accuses the Government of "ignoring... 10 Castilla y León is facing the second heat wave this... 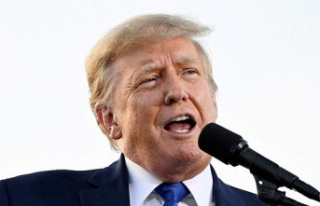