The collapse of passport controls at airports such as Madrid-Barajas has set off the alarms of the Madrid employers. 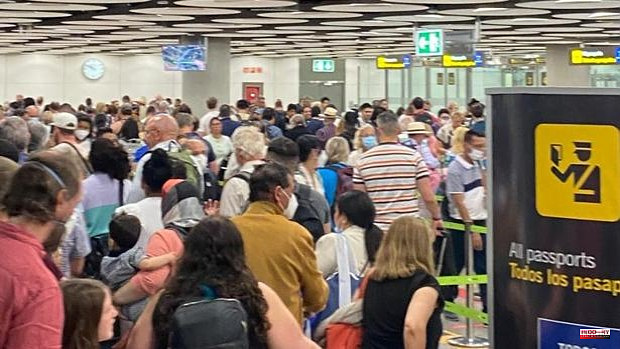 The collapse of passport controls at airports such as Madrid-Barajas has set off the alarms of the Madrid employers. The president of CEIM, Miguel Garrido, has warned this Tuesday of the "serious situation" that this problem generates at airports, which has a "devastating effect on the Spain Brand" at a time of recovery for the tourism sector.

Garrido has also demanded that the Ministry of the Interior take urgent measures "to recover the situation and that a service be provided in accordance with Spain." The CEIM leader recalls that both the arrival of tourists and their average spending are growing strongly and this collapse could ruin the recovery of the sector.

The words of the president of CEIM take place in a new morning of chaos at the Barajas airport, where hundreds of passengers are being affected by the queues for passport controls.

A collapse that the Ministry of the Interior has been categorically denying for months.

This same Monday, the Interior denied the problem and directly accused the airlines of lying and falsifying the data of affected passengers. Sources from the department led by Grande-Marlaska assured that the police force at the airport is "dimensioned with respect to the flow of passengers, and that they are reinforced whenever necessary." They point out, for example, that during Easter, the General Immigration and Borders Police Station was reinforced, especially in the templates in El Prat or Barajas. Something that, they explain, will also happen in the summer, "with more than 200 additional troops, for example, at the Madrid airport."

And not only that, but the government directly accused the media of inventing the conflict. "We are facing cyclical news that is fed in an interested way with figures that the issuer does not demonstrate or contrast," he said.

His statements came after an SOS launched this Monday by Iberia. The airline reports that more than 15,000 passengers have missed connecting flights since March. Something that happens at the gates of the most important summer for the airline sector. The warnings have been repeated. Already at the end of last year, 6,000 passengers lost connecting flights, as this newspaper anticipated.

The Spanish airline employers, ALA, then appealed to the Ministry of the Interior to reinforce the police team at the Spanish airport that moves the most passengers a year. But the department headed by Fernando Grande-Marlaska turned a deaf ear and just at Easter another 3,000 passengers lost links at this airport.

1 The REE group, the electricity system operator, changes... 2 Marco Asensio: «My future? I am looking for continuity... 3 US wins case in Fiji to seize Russian superyacht,... 4 Tribute to the "genius" Ouka Leele, the... 5 Italy seizes 4 tonnes of cocaine related to the Colombian... 6 UK Boris Johnson's career highlights 7 The Jaime I 2022 Awards distinguish advances against... 8 Siro informs the workers that it will not pay the... 9 UGT increases representativeness in the region by... 10 Junts will propose to their bases whether to continue... 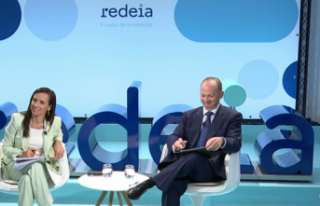