The European Parliament and the Council have reached this Tuesday a provisional agreement to establish a common framework that ensures decent minimum wages, with the aim of improving prosperity and social cohesion in the bloc but which, however, does not involve setting a minimum threshold common for Twenty-seven. 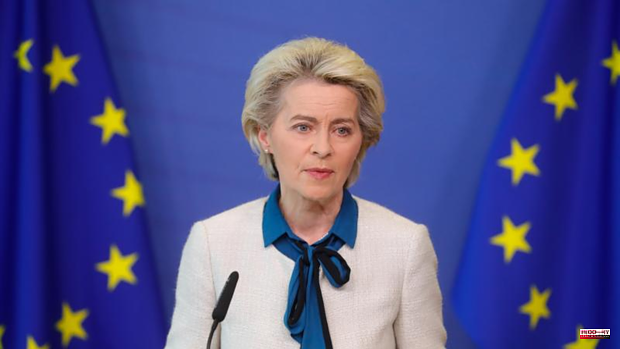 The European Parliament and the Council have reached this Tuesday a provisional agreement to establish a common framework that ensures decent minimum wages, with the aim of improving prosperity and social cohesion in the bloc but which, however, does not involve setting a minimum threshold common for Twenty-seven.

The agreement reached at the level of the negotiating teams of both institutions establishes a legal framework to guarantee access to all EU employees to minimum conditions. EU countries where the minimum wage is protected at the level of collective agreements will not be required to introduce it or make such agreements universally applicable.

“With the agreement on minimum wages, we are writing socio-political history in Europe.

For the first time, EU legislation will directly contribute to ensuring that workers receive fairer and better wages," Dennis Radtke, rapporteur for the European Parliament's European People's Party group, said in a statement.

Based on this agreement, the Member States must assess whether the minimum wages in their country are adequate to guarantee a decent standard of living, taking into account socioeconomic conditions, purchasing power or the evolution of productivity levels at the national level.

EU negotiators agreed that member states will have to strengthen sectoral and intersectoral negotiations to protect workers by ensuring a minimum wage and in those EU countries where less than 80% of the workforce is covered by a collective agreement they will have to create and publish an action plan that increases this coverage, involves social agents and informs the European Commission of the measures adopted.

For her part, the socialist rapporteur and MEP Agnes Jongerious, has indicated that with this European law, "we reduce wage inequalities and press for higher wages for the lowest paid workers in Europe".

After negotiating the initiative presented by the European Commission a year ago, the Twenty-seven agreed last December on a basis to promote adequate minimum wages, promote collective bargaining and improve the protection of workers.

In this sense, the president of the Community Executive, Ursula von der Leyen, has indicated that the new regulations on minimum wage "will protect the dignity of work and ensure that work is paid", respecting the autonomy of the social partners.

The agreement must still be endorsed by the European Parliament and the Twenty-seven in the near future for it to be final. It establishes that the national authorities must guarantee the right to compensation for workers whose rights have been violated and take the necessary measures to protect workers and union representatives.

In addition, the text introduces the obligation for Member States to establish a compliance system, including monitoring, controls and reliable field inspections to ensure compliance against abusive subcontracting, false self-employment, unrecorded overtime or increased wages. the intensity of work.

1 Planas once again shows its opposition to segregating... 2 Beef cattle farmers and citrus growers, the biggest... 3 End of an era? The 'Big Three' out of the... 4 Denmark accuses UK seaman of causing a fatal collision... 5 All you need is one plug: EU will require a common... 6 Who owns the treasures of sunken ships like the galleon... 7 The Benidorm hotel industry refutes the "propaganda"... 8 Three cases in Toledo of the false outrage scam: "The... 9 Russian colonels criticize Putin and the military... 10 Two people killed in a shooting at a German supermarket 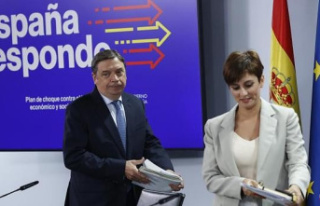 Planas once again shows its opposition to segregating...