This June 13 will mark a before and after in the history of world tennis. 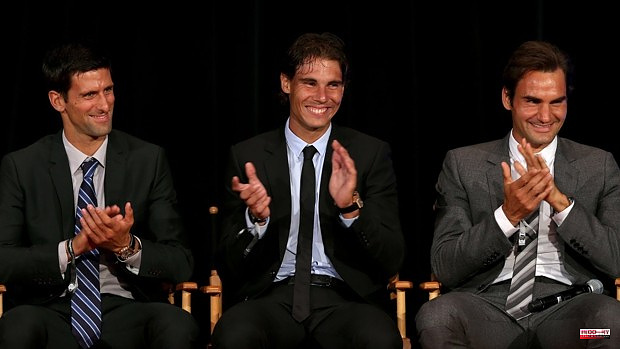 This June 13 will mark a before and after in the history of world tennis. After 19 years in a row none of the Big Three (Nadal, Federer, Djokovic) will be found on the top two steps of the podium. The series began in 2003, when Roger Federer reached the second place in the world ranking (only the following year he reached the top of the ranking), and looked at the success that he later consecrated throughout his career. From this moment, with the passing of time and the arrival of Rafael Nadal and Novak Djokovic, the 'Big Three' was born, the champions remained in the top two positions, giving life to one of the longest-lasting rivalries in sport.

The three iconic tennis players of the last two decades shared almost all of the most prestigious titles on the circuit.

Since 2004, 75 Grand Slams have been played and 61 have been won by the three: 22 for the Spaniard, 20 for the Serbian and 19 for the Swiss (the first was won in 2003). On Monday, June 13, Nole will lose the 2,000 points won last year at Roland Garros. The Serbian failed to defend them this season, so Russian Daniil Medvedev will overtake the top and German Alexander Zverev will automatically reach second place. Djokovic and Nadal will meet in third and fourth place respectively.

In addition to all the records conquered, the three stars stayed for several years at number one in the world ranking, establishing a dominant trio that had never been seen in tennis. During all these years the first place was a contest between them who alternated the most famous place in the classification. Only in one year, in 2016, something unexpected happened and that broke the reign of the three. The British tennis player, Andy Murray, with the conquest of Wimbledon and two other Slams finals reached, managed to establish himself among the best and sit on the throne for 41 consecutive weeks in what was his golden year. Later, also because of his injuries, he was unable to maintain the same level and fell down the rankings, leaving room for the 'immortals' who took back the leadership. The rest of the time, the three champions distributed it like this: 373 weeks for Djokovic, 310 for Federer and 209 for Nadal.

With the arrival of the 'Next Gen' it seemed that the new youngsters could impose their own strength in favor of the 'old figures' of tennis and take their place in terms of success and fame, but they did not. In recent years, Nadal and Djokovic continued to hold their own at an extraordinary level and the fight for the Grand Slams was only a matter between them. Federer, due to advancing age and injuries as well, has moved away in recent years, although his last Slam won was the Australian Open in 2018. The tennis level of the Serbian and the Spanish are not discussed, the only shadows are about the physical conditions of the two and age does not help, although you can never contemplate something 'normal' when talking about legends like these. Now it will be seen if, once again, the stars will have the strength to return to the most valuable part of the podium or if it will be a first, and decisive, step towards passing to the new generations.

1 Denmark accuses UK seaman of causing a fatal collision... 2 All you need is one plug: EU will require a common... 3 Who owns the treasures of sunken ships like the galleon... 4 The Benidorm hotel industry refutes the "propaganda"... 5 Three cases in Toledo of the false outrage scam: "The... 6 Russian colonels criticize Putin and the military... 7 Two people killed in a shooting at a German supermarket 8 The World Bank questions the subsidies approved in... 9 Maroto and Belarra fight over the prices of Imserso... 10 Spanish-Iberian MMA Championship: Fontanar hosted... 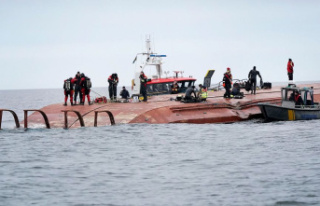