Who owns the treasures of sunken ships like the galleon San José hundreds of years ago?

The recent discovery of two ancient ships located near the galleon San José, which sank near Cartagena de Indias, has reopened the debate on underwater treasures. 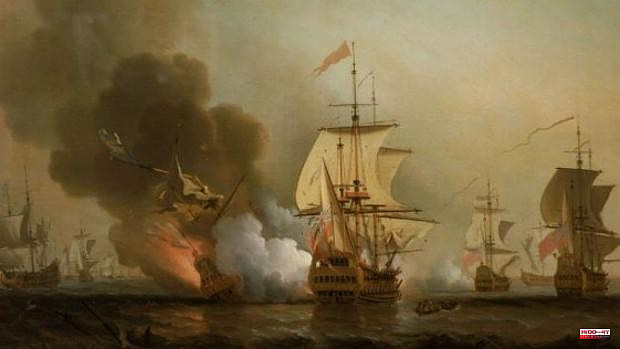 The recent discovery of two ancient ships located near the galleon San José, which sank near Cartagena de Indias, has reopened the debate on underwater treasures. The content of this ship, belonging to the Spanish Navy and sunk more than 300 years ago by a British ship off the coast of Colombia, has been valued at more than 17 million dollars and was found by the Colombian Government in 2015.

Now there are many who want to get hold of this treasure of great historical, cultural and economic value. Gold, silver and precious stones are some of the multiple objects that are estimated to be inside after it sank during the fundraising that began the empire of Spain in South America to pay for the War of Spanish Succession.

In fact, it has been speculated that the San José galleon could possess the largest sunken treasure of all time.

This is one of the reasons why disputes have begun to arise between countries regarding the ownership of this underwater fortune. The controversies with the excavation of the galleon and the hiring of the company Maritime Archeology Consultants Switzerland (MACS), known for their work as treasure hunters, have also led Spain to request for years that a joint action be carried out with Colombia to recover the wreck

But to whom does the content of the galleon San José belong after its shipwreck? What is the law that governs underwater treasures? Here's what you need to know about this historic shipment and the countries fighting over it.

The San José galleon is yet another of the thousands of ships that have sunk in the depths of the sea. However, the historical cargo of this Spanish ship has become a temptation for governments, archaeologists and even treasure hunters.

That is why, for years, underwater treasures have generated great controversy when we talk about their ownership. There are many parties that have been interested in claiming it and obtaining the coveted value that the objects sunk together with the ship unravel. Thus, in the most notorious disputes of recent years, they have been involved from the person or entity that found the ship (be it a Government or a company of treasure hunters) to the State in whose waters it was found, the owner or understand heiress of the vessel or the country of origin of the contents.

In Spain, everything related to sunken cargo is regulated by the Historical Heritage Law, which decrees that everything found within national territorial waters belongs to our country. Additionally, international law also dictates that countries have absolute sovereignty over their waters, allowing them to do whatever they want in terms of taking ownership.

However, as UNESCO collected in the 2001 convention on the Protection of Underwater Cultural Heritage, State vessels or aircraft belong to the country of its flag, so permission from the competent authorities will be necessary to approach them. This is the case of warships and other vessels operated for non-commercial purposes, which enjoy sovereign immunity.

In this way, a country will be able to claim possession of a sunken vessel if it owned it at the time of the sinking. Thus, although it may have been abandoned for years at the bottom of the sea, the original owner of the ship could claim possession rights over the cargo.

To do this, it will be necessary to prove that the ship served the claimant State at the time of the sinking. This is a great advantage for Spain when it comes to demanding possession of the ship and its contents, since the Archivo de Indias, the record detailing the voyages of Spanish vessels, has served to demonstrate that they belonged to the Spanish State.

[Can Spain claim its right to the galleon San José?]

The sinking of the Spanish ship Nuestra Señora de las Mercedes set a precedent when it came to managing sunken treasures at an international level.

In May 2007, underwater archaeologists from the Odyssey Marine Exploration company, dedicated to treasure hunting, discovered the price of this frigate in the Gulf of Cádiz. More than 590,000 silver and gold coins that were mined and brought to the United States by the company. It was then that the legal dispute began between Spain and the North American company to seize the content of the Nuestra Señora de las Mercedes.

At that time, the treasure hunting company claimed to have found the shipwreck in international waters, trying to claim the rights to the rescue. For its part, Spain argued that it had never relinquished possession of the vessel and that the coins should be part of the national heritage.

Thus, under the principle of sovereign immunity, a judge in the United States ended up determining that the Odyssey company should deliver the treasure to Spain and, despite the resources of the American company, it was finally forced to deliver half a million gold coins. and silver to the government of Spain.

1 The Benidorm hotel industry refutes the "propaganda"... 2 Three cases in Toledo of the false outrage scam: "The... 3 Russian colonels criticize Putin and the military... 4 Two people killed in a shooting at a German supermarket 5 The World Bank questions the subsidies approved in... 6 Maroto and Belarra fight over the prices of Imserso... 7 Spanish-Iberian MMA Championship: Fontanar hosted... 8 Police say that gunmen dressed up as congregants attacked... 9 Leaders of the UK Conservative Party who have faced... 10 German minister rejects taxing oil profits 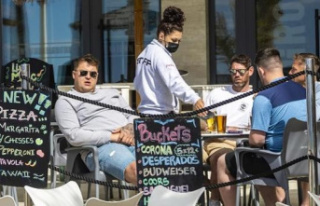