Finding a waiter in Benidorm has become almost an impossible mission. 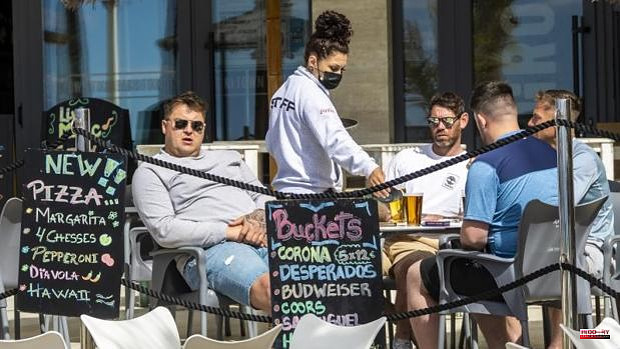 Finding a waiter in Benidorm has become almost an impossible mission. Is the problem that you have to pay them more, as Yolanda Díaz maintains? "The minister simplifies everything with a propaganda headline, but wages have just risen 4.5% with the new agreement and there are other reasons." To refute the second vice president of the Government, the spokesman for the hotel association of Abreca restaurants, Alex Fratini, explains other factors of this problem.

“We are noticing that it is not the salary that holds them back, but the conditions: the hours in the hotel industry do not attract young people and since the pandemic people think more about enjoying life, not about working when everyone is holiday or party”, says this restaurateur.

“And accommodation is very complicated in Benidorm: now up to six months deposit is required in advance to rent, nobody can pay that, and they only admit people with a fixed contract, they even prefer not to rent than temporary workers, because in the pandemic they have had some non-payment problems, ”he adds.

In spite of everything and with the good expectations for this summer that has already arrived with summer temperatures, in the tourist capital of the Alicante Costa Blanca they are managing as best they can to have the workforce to attend to so many visitors. "The waiters we found live here and are studying, they have relatives or friends and that's why they have accommodation, many others want to come from outside, but they can't", he describes.

And the general spirit has changed, with the perspective of the two years of crisis due to the coronavirus: «We are happy because we are working, these problems are minor, although the hotel business is not valued and consists of being there from seven in the morning until one in the morning on a normal day like yesterday," says Fratini.

In this context, the words of Yolanda Díaz have gone wrong in the sector, based on simple statistical data that they qualify. «The INE points out that work in the hotel industry is the least paid, but that is not the case, not at all, it is not calculated well, because it is not done per hour worked, and the tip is not included either, which in other sectors is not It exists, in addition to taking into account part-time contracts, which we need at the peak of the season, ”says Abreca's spokesman, about the reasons why taking only a general average distorts reality.

As a claim to the Minister of Labor, the restaurants propose measures to facilitate accommodation and geographical mobility, as well as training. «The training contract is very limited, and now we are teachers, we pay salary from the first day when we spend the first two weeks training all day, and sometimes then the waiters have to be changed, it pains me to say it, but some do not know turn around the change, they don't know how to count, "he adds.

Like Díaz, "many people generalize" and put all hoteliers in the same bag of bad payers. “We will always defend the collective agreement, that is why sometimes it takes longer to approve it, so that it is agreed between employers and workers, and it has to be respected, as the vast majority of companies do, but then there is unfair competition from some that we do not consider or employers, who pay less, without counting overtime, or days off, "Fratini denounces.

“We consider it intrusiveness and we fight against this, that if it did not exist we could employ more people because we would work more,” he stresses, without losing sight of the fact that, despite these conditions, it will continue to be difficult to find waiters: “With the agreement salary or charging something more and tips, many prefer a shop or a supermarket, with more days off, fewer nights and weekends of work».

1 Three cases in Toledo of the false outrage scam: "The... 2 Russian colonels criticize Putin and the military... 3 Two people killed in a shooting at a German supermarket 4 The World Bank questions the subsidies approved in... 5 Maroto and Belarra fight over the prices of Imserso... 6 Spanish-Iberian MMA Championship: Fontanar hosted... 7 Police say that gunmen dressed up as congregants attacked... 8 Leaders of the UK Conservative Party who have faced... 9 German minister rejects taxing oil profits 10 Czech President Milos Zeman promises to stop same-sex... 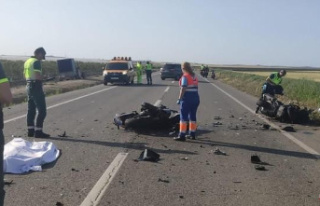 Three cases in Toledo of the false outrage scam: "The...