Russian colonels criticize Putin and the military leaders of the invasion: "A total and absolute imbecile" 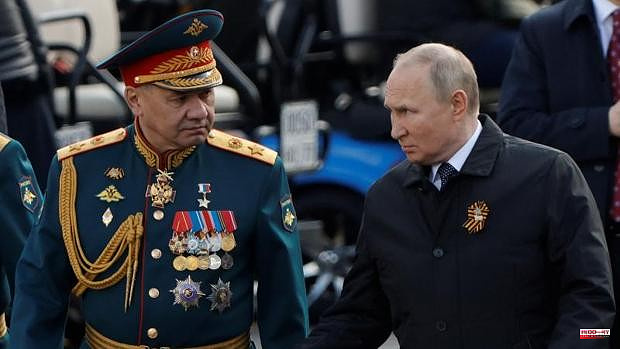 Radio Liberty indicates that the journalists identified the interlocutors as Lieutenant Colonel Maxim Vlasov and Vitaly Kovtun, respectively, a colonel who commanded the missile divisions during the bombing of Mariupol in 2015, and a military doctor from the Vinnitsa region, who say who has relatives in Ukraine.

The recording shared on YouTube begins with a derogatory comment about Russia's defense minister and army general Sergei Shoigu, whom one of the colonels called "completely fucking incompetent." "Just a bloody showman, for God's sake," says Vlasov.

Vlasov calls General Alexander Dvornikov, the man who commanded the Russian army in Syria, an operation that earned him the nickname "Butcher of Aleppo and Grozny," a "complete and utter asshole, just an asshole."

Dvornikov was honored with a 'Hero of Russia' medal in 2016. The general has reportedly been appointed supreme commander of Russia's forces in Ukraine, where he was generally expected to turn the tide of the war.

The colonels' judgment of Russia's top military figures, whom they call "these little generals, colonels, lieutenants," is scathing. "No one knows how to fight, no one wants to do it, all they do is fucking salute, no one has been taught anything else."

The two also spoke about the loss of the "cruiser", probably the Moskva, and complained that the Moscow troops did nothing to retaliate. The Moskva sank in mid-April in what Ukraine claimed was a successful attack, but Moscow identified as just an explosion inside the ship. "A whole generation of sycophants has been raised who are now leaving their villages," says Vlasov.

The two colonels appeared to support the brutality shown by Russian troops against Ukrainian civilians. If anything, they seemed to advocate even more violence.

At one point in the conversation, Kovtun criticized Russia's military strategy in Ukraine, which he says exposes troops to harm. Instead, he suggested attacking civilian targets in Ukraine. "They want the fucking infantry to come, the fucking artillery working, damn it, shoot from a fucking distance, waste those fucking bombs, fuck," Kovtun comments. “Even if they hit the wrong fucking spot, leave them f*cking scared, shoot the f***ing train stations, shoot the f***ing railways, f*ck,” he adds.

Contacted by a Radio Liberty journalist, Kovtun first denied having ordered the bombing of Ukrainian villages. Then, faced with the audio recording proving that he did, in fact, make a similar statement, the colonel laughed and said, “So what do you want? I don't give a shit."

The two also complained that Russian President Vladimir Putin did not order a bombing of the Ukrainian parliament. 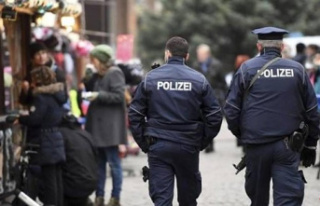 Two people killed in a shooting at a German supermarket