After long swings, Iberia hopes to take a big step in the purchase of Air Europa and manage to enter the company with 20% of the shareholding. 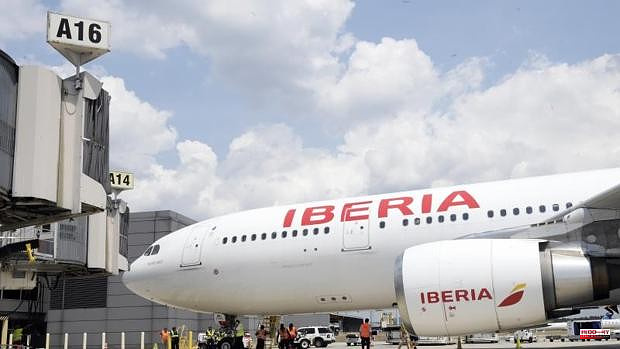 After long swings, Iberia hopes to take a big step in the purchase of Air Europa and manage to enter the company with 20% of the shareholding. As this newspaper already advanced, the flag carrier already has the 'ok' from the ICO and the SEPI to transfer to Globalia a loan of 100 million that they hope to exchange for that percentage of participation in six months, once they have the positive opinion of the UK and German competition agencies. An entry with which Iberia will manage to be present on the board of the Balearic airline, but "it will not enable us to influence the management of the company", the president and CEO of Iberia, Javier Sánchez Prieto, assured this Thursday during the presentation of the transformation plan of the IAG subsidiary.

"We will continue working to get 100% of Air Europa," said the CEO of Iberia.

At this event, the company presented its transformation plan for the next three years. A project that is based on debt reduction and cash strengthening, after two years of pandemic where the fall in demand has triggered the airline's liabilities (together with Vueling they received a loan of 1,100 million from the ICO ). To this end, Iberia will focus on the renegotiation of contracts with suppliers and on reducing fuel costs, which represent a third of the company's costs.

The president and CEO of the company, Javier Sánchez Prieto, has stressed this point, "at a time when fuel prices are very high and in the first quarter they have shot up 20% for all the airlines of the IAG group." To resolve it, the manager also once again called for the implementation of the single European sky, in order to "develop more efficient flight plans." Something that could mean "between 8% and 10% fuel savings and, therefore, less CO2 emissions into the atmosphere."

In any case, Sánchez Prieto assures that despite fluctuations in fuel prices, "we have 78% of fuel covered for the third quarter, 65% for the last quarter and 25% for next year." And he assures that price increases will not have a significant effect on tickets. “Our idea is to remain flexible. There is a lot of competition and we always have to have adjusted prices”.

The other great pillar within the plan of the Spanish flag carrier is to promote the hub of the Adolfo Suárez-Madrid Barajas airport. The commitment is to continue developing the maintenance business and take advantage of the logistics development of Barajas to boost the cargo business.

But they are not the only axes of its roadmap. The company not only expects to return to profitability this quarter, but is already looking for ways to increase it. It hopes to do so by boosting the average profit per passenger. Something they will do by focusing on the 'premium' passenger. "We have very high occupancy levels in this segment, but we are still 30% below pre-pandemic corporate travelers, although they are recovering faster than expected," explained Sánchez-Prieto.

Along with this plan, Iberia has commissioned a report from PwC to calculate the economic impact on Spain as a whole. A study that estimates that the airline generates directly, indirectly and induced more than 9,300 million euros to the Spanish GDP (0.6%) for its own activity in addition to payments to suppliers (indirect), families linked to Iberia (induced) and for the more than seven million tourists that the airline brings to Spain each year. This translates into more than 160,000 jobs in Spain directly and indirectly, 0.9% of jobs in the entire country.

1 Inaugurated the first of the 100 ATMs to be installed... 2 More than seventy Ukrainian refugees receive their... 3 The ETA member who was released after a resolution... 4 The Generalitat awards 416 local police officers from... 5 Salah, sunk after Paris: "I would give all my... 6 The Supreme Court definitively closes the case for... 7 The Supreme confirms seven years in prison for running... 8 The Government of Castilla-La Mancha asks the ministry... 9 Barcelona City Council offers Primavera Sound to set... 10 The Canary Islands will do their monkeypox tests,... 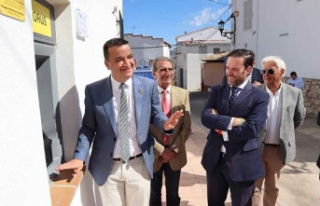 Inaugurated the first of the 100 ATMs to be installed...