The Government of Castilla-La Mancha has requested from the Ministry of Transport, Mobility and Urban Agenda a complementary study to the informative study of the AVE as it passes through Talavera. 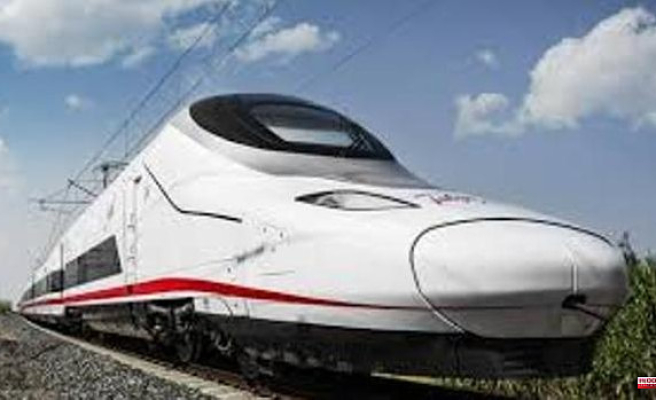 The Government of Castilla-La Mancha has requested from the Ministry of Transport, Mobility and Urban Agenda a complementary study to the informative study of the AVE as it passes through Talavera.

This was stated this Thursday by the Minister of Public Works, Nacho Hernando, in the plenary session of the Regional Courts, where he stressed that "what we have demanded of the ministry, with the mayor of Talavera at the head and we are going to achieve, is that there be a study supplementary information. Because it is unacceptable to us that a technical solution is not considered that does not consider burial as it is included in the protocols and in the POM ».

Hernando remarked that «Talavera has to compete in merchandise and avoid having an urban scar, as we have always defended». He asked the PP "where were they when this party governed at the national level to demand the burying of the AVE as it passed through Talavera."

For his part, the spokesman for the Popular Municipal Group, Santiago Serrano, criticized that "the PSOE and Page betray Talavera again by voting 'no' to the burying of the AVE", in a non-law proposal that the Popular Group presented in Parliament regional.

This was stated after the debate he attended in Parliament with the mayor Gelen Delgado. Serrano recalled that "it is the second time" that the president of Castilla-La Mancha "refuses" to bet on the burying of the AVE by Talavera, with which he "refuses" to make effective the protocol signed in 2007 through which the Board would assume the difference in surface cost.

Serrano criticized that in the Cortes they refuse to allow the AVE to be buried, although it is "the only option" that the Talaverans contemplate, since "they reject the wall that will divide the city if the train runs on the surface."

For Serrano, it is "a real nerve" that Page "takes the Talaverans for fools", by promising the AVE again, as he did on Region Day. «It is shameless that without batting an eyelid he is able to make the same announcement as 20 years ago, and worst of all is that the mayor, Agustina García. applaud this deception," Serrano said in a press release.

However, the PSOE regional deputy Diana López stressed that the PP went to the Cortes "to take a photo of the noise when they have never defended either the AVE or the burial in Talavera."

He added that the PP presented the proposal "once again to make noise and to cover up the fact that they did nothing when they governed." López thus recalled that "it was they who denied the burying." While the mayor has said "clearly and emphatically" yes to the burying and Page has picked up that position in the allegations, "the PP said that it did not matter how the AVE came and that if the burying was an impediment, that it did not come underground" according to Lopez.

1 Barcelona City Council offers Primavera Sound to set... 2 The Canary Islands will do their monkeypox tests,... 3 Convicted of sexually abusing a 12-year-old girl with... 4 The Congress unstops the maximum contribution bases... 5 Extending rent limits will cost landlords $1 billion 6 The deadly Isle of Man takes on a new life 7 TC admits PP appeal against Batet for refusing to... 8 Declared medium danger of forest fires throughout... 9 The independentistas reproach the president of the... 10 They find 20,000 unsent letters in a house where a... 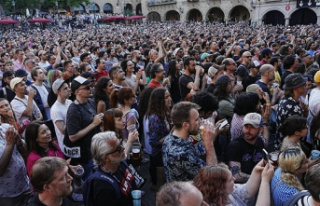