The regional secretary for Security and Emergencies, José María Ángel, and the general director of the Interior, Salvador Almenar, have delivered this Thursday a total of 416 decorations, diplomas and distinctions to agents of various Local Police forces in the provinces of Valencia and Castellón , in recognition of the work and merits of these public security professionals during their police work. 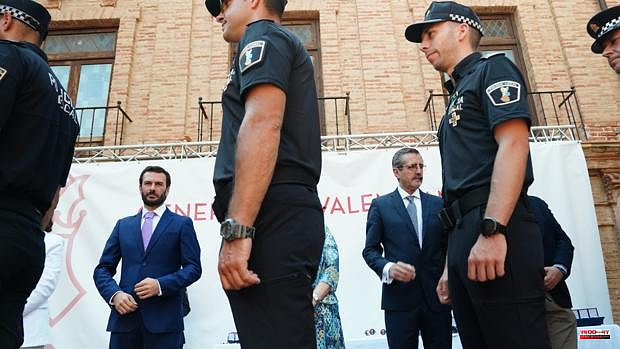 The regional secretary for Security and Emergencies, José María Ángel, and the general director of the Interior, Salvador Almenar, have delivered this Thursday a total of 416 decorations, diplomas and distinctions to agents of various Local Police forces in the provinces of Valencia and Castellón , in recognition of the work and merits of these public security professionals during their police work.

José María Ángel presided over the event, held at the Santa María de El Puig Monastery, together with the Director General of the Interior, Salvador Almenar; and the mayor, Luisa Salvador. The event was also attended by the sub-delegate of the Government of Valencia, Luis Felipe Martínez, the sub-delegate of the Government of Castellón, Soledad Ten, the Police Commissioner of the Generalitat, Marisol Conde and other senior municipal and security forces officials. of the State.

During the ceremony, 24 Police Merit Crosses with a Red Badge, 81 with a Blue Badge and 33 with a White Badge, 235 individual public congratulations, seven collective congratulations, 29 honorary decorations and seven retirement diplomas were delivered.

The regional secretary has wanted to convey to all the bodies and security forces "all the respect, affection and consideration on the part of the president of the Generalitat, Ximo Puig, and the Minister of Justice, Gabriela Bravo, for their dedication to work and their delivery, often putting their physical integrity at risk, to improve the safety and quality of life of citizens".

Likewise, he thanked the Local Police for their involvement during the coronavirus crisis and highlighted "the pride felt when belonging to a local security force, the Local Police, which lives and coexists with our towns and cities" .

The Generalitat has given crosses with a Blue Distinction to several members of its attached police. Specifically, the commissioner-head of the Generalitat Police Unit, Marisol Conde; the chief inspector of the Gaming and Shows group, Pedro Valero; the chief deputy inspector of the 1·1·2 Response group in Valencia, Juan Rodríguez; the chief deputy inspector of the Environment subgroup of Valencia, Carlos Ordóñez; the team leader of the Valencia Emergency Intervention Group, Andrés Fernández; the team leader and the police of the Castellón Citizen Attention group, Bruno Carpio and Alberto Muñoz.

CSIF has refused the invitation from the Generalitat to attend the event to show its revulsion at the refusal to distinguish, collectively, all the Local Police forces of the Valencian Community, which it considers "shameful and unfortunate", as pointed out the union in a statement.

In this sense, he has lamented the Generalitat's rejection of the proposal transmitted by the trade union center and by the rest of the unions with representation in the Coordination Commission of the Local Police Forces of the Valencian Community to give collective recognition to "the services provided during the Covid-19 pandemic.

Along these lines, he emphasizes that the agents “have demonstrated their professionalism by putting their lives and that of their families at risk with the constant danger of contagion.” "Although we are left with the applause of the population, we find it shameful that these services have not been recognized by the Generalitat," he points out.

For this reason, he trusts that "a rectification will take place and before the legislature ends, the local police officers of the Valencian Community, as a whole, will be recognized for said work." However, he has conveyed his congratulations to the agents who, in a private capacity, have been decorated.

1 Salah, sunk after Paris: "I would give all my... 2 The Supreme Court definitively closes the case for... 3 The Supreme confirms seven years in prison for running... 4 The Government of Castilla-La Mancha asks the ministry... 5 Barcelona City Council offers Primavera Sound to set... 6 The Canary Islands will do their monkeypox tests,... 7 Convicted of sexually abusing a 12-year-old girl with... 8 The Congress unstops the maximum contribution bases... 9 Extending rent limits will cost landlords $1 billion 10 The deadly Isle of Man takes on a new life 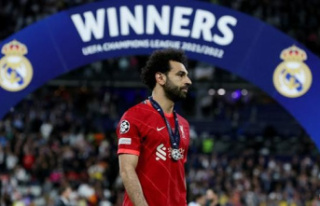 Salah, sunk after Paris: "I would give all my...