A total of 73 Ukrainian refugees who have taken the Basic Spanish Course at the Institute of Languages ​​(IdL) of the Catholic University of Valencia (UCV) for free have received from its rector, José Manuel Pagán, the diplomas that certify their participation and completion. 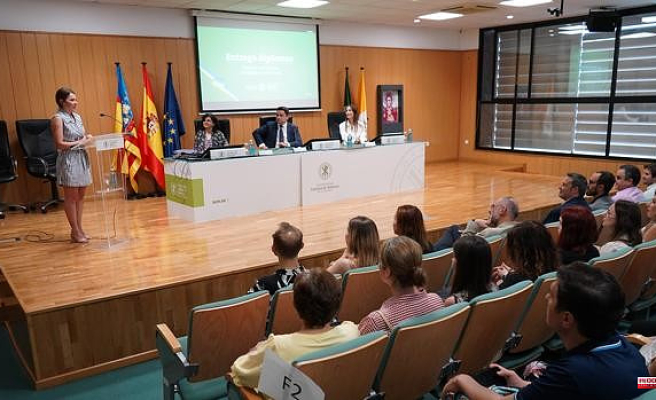 A total of 73 Ukrainian refugees who have taken the Basic Spanish Course at the Institute of Languages ​​(IdL) of the Catholic University of Valencia (UCV) for free have received from its rector, José Manuel Pagán, the diplomas that certify their participation and completion.

The course, to which the Edinumen publishing house has contributed by providing beginner-level Spanish manuals, began to be taught in April and has been specially designed for people who have arrived in Valencia fleeing the Russian invasion, the institution has indicated in a statement.

The rector of the UCV recalled how in the first days after the Russian invasion he met with the Ukrainian students of the UCV and was able to learn about their "most urgent" needs, as well as how "their family and friends from Ukraine were ».

“It was a very fruitful meeting that gave rise to the possibility of holding these courses, which have been in great demand. It was a real necessity. Communication is essential in the relationship between human beings and this is more urgent when you reach a new community of people whose language you do not know. We all have experience of it », he has exposed.

In this sense, Pagán thanked the IdL professionals and volunteers who have helped make these courses "beneficial" for the Ukrainian refugees: "In addition, there is a common language that does not fail, that unites us and that we all we understand, even if we speak different languages. This universal language becomes more evident and necessary in crucial moments like these: brotherly love, charity, the Greek 'agape' or the Latin 'caritas'. As a Catholic university we feel called to do so, it is part of our mission».

For her part, the director of the IdL, Lucía de Ros -who designed the Basic Spanish Course for the head of the Department of Linguistic Services and Plurilingualism, Rubén Medina-, has pointed out that the UCV is "next to" the refugees from this war : «On behalf of the University I tell you that we do not want to say goodbye and that we will never be in contact again».

One of the volunteers who has helped with the translation of the classes into Ukrainian is the young Anastasiya Batushanska, a second-year student of the UCV Dentistry degree. Batushanska, who arrived in Spain when she was ten years old and claims to feel "Ukrainian and Spanish", she also spoke a few words at the diploma delivery ceremony.

The UCV will also award its gold medal to the Ukrainian people at the annual honors and distinctions delivery ceremony, presided over by Cardinal Archbishop Antonio Cañizares, Grand Chancellor of the Catholic University of Valencia.

The Governing Council of the University grants this distinction to the citizens of the Slavic country "in recognition of the dignity and the efforts undertaken in a united manner in the face of the invasion that began last February by Russia and, especially, for their humanitarian work against the dramatic attempts against life that have provoked the use of force by an external military power”.

1 The ETA member who was released after a resolution... 2 The Generalitat awards 416 local police officers from... 3 Salah, sunk after Paris: "I would give all my... 4 The Supreme Court definitively closes the case for... 5 The Supreme confirms seven years in prison for running... 6 The Government of Castilla-La Mancha asks the ministry... 7 Barcelona City Council offers Primavera Sound to set... 8 The Canary Islands will do their monkeypox tests,... 9 Convicted of sexually abusing a 12-year-old girl with... 10 The Congress unstops the maximum contribution bases... 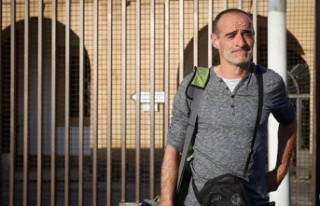 The ETA member who was released after a resolution...