Irene Montero also claims the need for explanations in the alleged cases of corruption that "harm democracy". 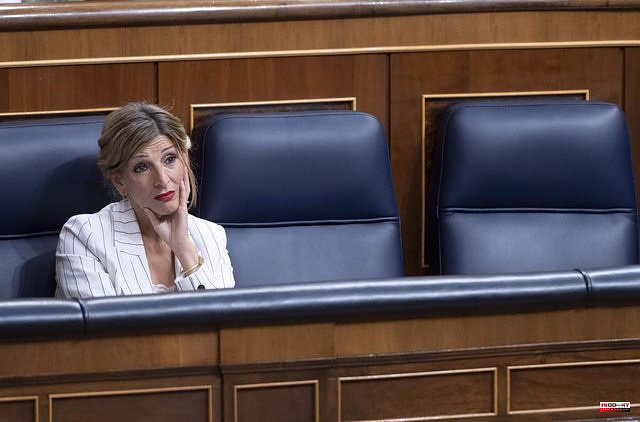 The second vice president, Yolanda Díaz, has affirmed that King Emeritus Juan Carlos I must "be accountable" to Spanish citizens and has pointed out that "one should not be afraid" of debates, such as the inviolability of the monarchy.

In statements to the media in the corridors of Congress, Díaz has commented that the least important thing is whether or not he returns to Spain temporarily, but rather offers explanations to the public like "any democrat in this country."

Questioned about information that Zarzuela would offer her accommodation on her return to the country, the leader of United We Can in the Executive has said that she will not comment on this matter.

On the other hand, he has indicated that the position of his coalition partner, the PSOE, before the return of Juan Carlos I is "respectable" and it will not be her who values ​​the positions of parties to which she does not belong.

Of course, Díaz has asserted that society, in the 21st century, deserves an explanation about the activities of the emeritus and that "beyond" the fact that he is not a monarchist, he believes that the Royal House must be accountable like any other institution.

Regarding the question of the inviolability of the Crown, the vice president has expressed the opinion that governments must promote debates that serve to "advance and modernize" society.

At this point, he explained that beyond the constitutional debate there is also a "legal discussion" and, consequently, there is room to act "without fear" of the reflections that concern the Magna Carta.

Finally, he recalled that a decree was recently launched to provide more transparency and modernize the functioning of the Royal House, so there should be "no fear" of addressing these issues, especially in a "robust" society and " prepared" like the Spanish.

His partner and head of Equality, Irene Montero, has also claimed that the emeritus must be held accountable for his "alleged cases of corruption", which "damage democracy" and affect one of the most important institutions in the country, such as the monarchy.

He has also defended the need to promote a "deepening process of democracy", so that no institutional leader is "inviolable" in legal terms.

Finally, Montero has admitted that in this matter there are differences with his coalition partner, given that the PSOE is a "monarchist party" and Podemos is a "republican".

1 Under control a fire in a packaging company in Dueñas 2 Ximo Puig, on King Juan Carlos's visit to Galicia:... 3 Six arrested for various crimes in La Sagra and La... 4 A mother and her son die in a possible case of domestic... 5 The new childhood hepatitis could be related to covid-19 6 What is the monkeypox that has just appeared in the... 7 A champagne cork forces the phenomenon Girmay to leave... 8 Abrines: «We don't feel the obligation to have... 9 Diego Rico denounces before the Ertzaintza that he... 10 Finland and Sweden hand in their formal application...

28,000 euros for a seat: 5000 instead of 50 inquiries – in Russia private jets are becoming a coveted means of escape
BREAKING NEWS 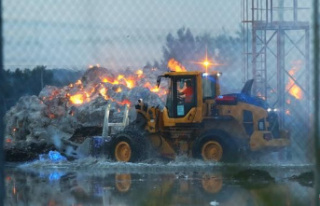 Under control a fire in a packaging company in Dueñas