A champagne cork forces the phenomenon Girmay to leave the Giro

Biniam Girmay made history and became the first Eritrean and the first black rider to cap a stage in a Grand Tour. 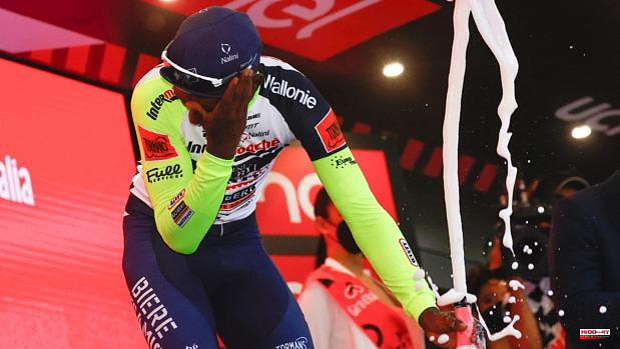 Biniam Girmay made history and became the first Eritrean and the first black rider to cap a stage in a Grand Tour. He won in Jesi, the city where Michele Scarponi was run over, left a battle to remember in the sprint with Van der Poel and got on the podium on the tenth day of the Giro d'Italia to fully enter his history.

But in the euphoria of the celebration, as the 22-year-old was uncorking the champagne over the Ancona sky, the cork hit his eye. The joy was paralyzed and the African was transferred to the hospital, from where he left shortly after with a patch that sensed the worst.

The injury is not serious, but as his own team, the Intermarché, indicates this Wednesday, Biniam Girmay leaves the Giro as a precaution.

«Girmay cannot continue. She has a large bruise on her eye and must continue to heal. Being in the platoon with vision in only one eye is impossible. Fortunately, he will not lose his vision, which would have been the end of his career, not only of his first Giro », declared Valerio Piva, director of the Intermarché.

«I had a bad time when I returned from the hospital to the hotel, but I was able to enjoy the victory a little with my teammates and the staff. I was sad about what happened with the champagne, but after celebrating with my teammates and seeing that the eye problem is not serious, I'm happy. Although, unfortunately, I don't start the race today, my eye needs to rest », the Eritrean cyclist himself reported on his team's Twitter account.

Thus, after an exhibition to remember in the tenth stage of his first Giro, with the 'ciclamino jersey' within reach and several days ahead where his legend could fatten up, Girmay says goodbye to the pink 'corsa'. However, the story of him in elite cycling has only just begun.

1 Abrines: «We don't feel the obligation to have... 2 Diego Rico denounces before the Ertzaintza that he... 3 Finland and Sweden hand in their formal application... 4 Burkini in Grenoble: Mayor Eric Piolle criticized... 5 Baldoví warns that it would be the "acme of... 6 A second series on Club illico for Sophie Deraspe 7 PP, Vox and Cs blame Sanchez for his allusion to the... 8 Income tax 2022: it's already next Tuesday! For... 9 The Bank of Spain anticipates a new cut in GDP growth,... 10 Cofides and the sovereign wealth fund of Qatar sign... 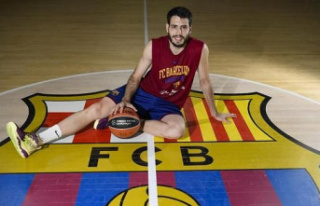 Abrines: «We don't feel the obligation to have...