Abrines: «We don't feel the obligation to have to win this Final Four»

Barcelona will dispute the first semi-final of the Final Four tomorrow, against a Real Madrid side that they have dominated this season. 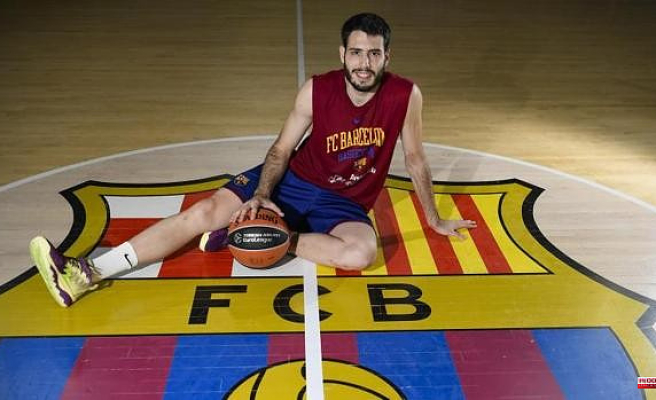 Barcelona will dispute the first semi-final of the Final Four tomorrow, against a Real Madrid side that they have dominated this season. Alex Abrines (Palma de Mallorca, 1993) is cautious and warns of the potential of the white team.

-Do you dream of this Final Four?

-Yes, obviously. We dream from the beginning of the season. In the end, a club like Barcelona must dream of being in the Final Four, which is the most difficult part. We've been doing a good job for two years and now it's time to finish it. We face it with great enthusiasm, with great enthusiasm and we will go out to play a great game against Real Madrid.

-What's going through your head?

-For me, winning the Euroleague with Barça would be a dream come true. Not only as a player, but for what it would mean for the club.

The club hasn't been at the top of Europe for a long time and it's time to put it back there.

-Do you value this situation more after the serious knee injury that forced you to undergo surgery and miss the first five months of the season?

-I have already recovered the tone and I have put myself at the level of my companions. Playing now at a very good level is the reward for the work done during the season. Not only after five months injured, because afterwards there is a process to reconnect with the game. The team was playing very well and for me it was a motivation to be able to return to the level that they were performing, which was not easy, and we have achieved it.

-Is it more difficult to face the semifinal against Madrid than against another team?

-It's more for what surrounds it. The press, the talk... It's a classic and as a fan it has an extra incentive but for us it's just another game, a semifinal, obviously, but we approach it as if it were any of the other three teams playing in this Final Four. I don't think we need extra motivation to face this game, be it Madrid, Efes or Olimpiakos. We have to go out and do things well and worry about ourselves, not the rival.

-Do you feel the obligation to have to win this Final Four after last year's defeat in the final?

Not at all. Efes won it last year because they played better in the final and that's basketball. To win the titles you have to play the finals and we know that in a Final Four any of the four teams that dispute it can win. There are two games and anything can happen. There are new balls, a court where no one is used to playing, fans of the four teams plus Serbia... There are many factors that can affect these games, in addition to nerves. In the end, the one who is better in these two days will win the Final Four.

And it will be deserved...

-Many times it is not the best team but this year I don't think there is any above the rest. The four of us are at a very similar level.

-Does the experience of having played the final last year count?

I don't think it's a determining factor. In the end, Madrid, which is our rival, was not there last year but the core of this team has been playing in the Final Four for ten or eight years. Everyone knows what it's like to play these types of finals and so do we. I don't think that the fact of having played it last year gives us a plus advantage.

-Before you were talking about new balls, are new balls used in the finals?

-Yes. And it's not good. This Monday we started training with these balls and at first it was a drama. You are not used to these new balls, so swollen that at the slightest sweat they slip a lot but in the end it is another factor and they are the same balls for us as for Real Madrid. If it's not going well for us, neither will Madrid.

-In a Final Four do you have to stop or eat the world?

-Obviously, enthusiasm and desire everyone has. We have worked for many months to be here and enjoy this game. We have suffered a lot, including recently against Bayern, and we have earned the right to play this game. The whole team is very eager and excited and this is a very important point because in the end it is what gives you the strength not to leave the game and play better even if things don't go well.

-Why did Madrid play so badly in March and so well now?

-I could not tell. We haven't played well in this season finale in the regular phase either. Due to injuries, rotations, whatever... Madrid, in terms of results, suffered more for a longer time, but the reality is that they have been winning eight games in a row, they beat Maccabi 3-0 and they arrive at a very good moment, better than ours in terms of results. It will be a tough game but because of the atmosphere there it makes it not matter so much where you come from.

-In the last games against Madrid they have suffered a little more...

-Yes. In the Cup they surprised us a lot but we have worked to counter this type of defense and try to surprise them. Surely something will have trained.

-But you have won the last five duels...

-We are confident that we can beat Madrid again, of course, but Madrid will also think that they have been very close and that they know what they have to do to beat us. It will be a very physical match, close, between two great teams and we hope that the coin will fall on our side. We know that Madrid is proposing some defenses with high quintets and many changes that have put us in trouble in the last two games and we have to work to solve it.

-To what extent will the perimeter game be important?

-Madrid is a team that shoots a lot of triples, many of their partials come from there, and we have to control this line of three. And we also find Laprovittola, Kuric or Mirotic on open shots and have confidence, because we will need this outside touchdown.

-Did so much suffering against Bayern help you?

-We carried out matches with character in which the game did not reach us. It is important to know that the team can show that it can win games when things are not going well. Let's hope we don't have to suffer so much in this first game.

-Come on, he rejoices and sees suffering as positive...

-We have learned a lot with these victories of character, to show the claw, when nothing works, to win the games. We have had many games of this type in the final stretch of the season and we can learn something, because it is also necessary for the Final Four.

1 Diego Rico denounces before the Ertzaintza that he... 2 Finland and Sweden hand in their formal application... 3 Burkini in Grenoble: Mayor Eric Piolle criticized... 4 Baldoví warns that it would be the "acme of... 5 A second series on Club illico for Sophie Deraspe 6 PP, Vox and Cs blame Sanchez for his allusion to the... 7 Income tax 2022: it's already next Tuesday! For... 8 The Bank of Spain anticipates a new cut in GDP growth,... 9 Cofides and the sovereign wealth fund of Qatar sign... 10 Enagás will be the entity responsible for the system... 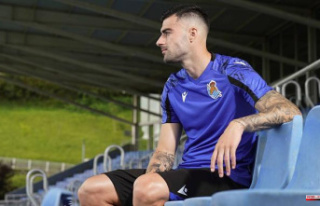 Diego Rico denounces before the Ertzaintza that he...