What is the monkeypox that has just appeared in the United Kingdom and what does it imply?

In recent days, the UK Health Security Agency (UKHSA) has confirmed that six people in London and one in the North East of England have been diagnosed with monkeypox. 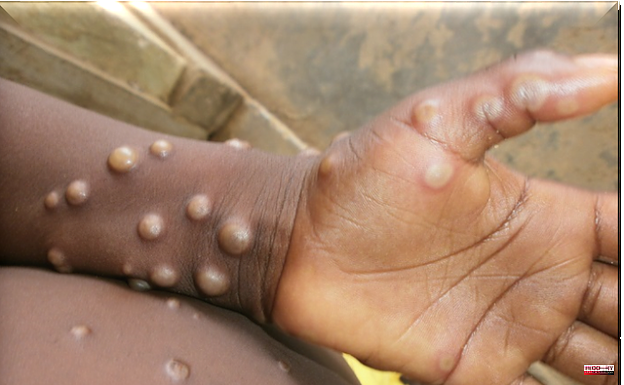 In recent days, the UK Health Security Agency (UKHSA) has confirmed that six people in London and one in the North East of England have been diagnosed with monkeypox. It is a rare, emerging, life-threatening zoonotic infection that can spread to humans, usually occurring in West and Central Africa, where it is now endemic. All patients in England who need medical care are in specialist infectious disease units. Fortunately, the individuals have the West African clade of the virus, which is mild compared to the Central African clade.

The disease was first discovered in 1958, when two outbreaks of a smallpox-like illness occurred in colonies of monkeys kept for research purposes. For this reason it received the name "monkeypox" or "monkeypox".

The first human case of monkeypox was reported in August 1970 in Bokenda, a remote village in the equatorial province of the Democratic Republic of the Congo. The infected was a 9-month-old boy who was admitted to Basankusu Hospital with suspicion of having contracted smallpox. A sample, sent to the WHO Smallpox Reference Center in Moscow, revealed that the symptoms were caused by the monkeypox virus.

The patient's family said they sometimes ate monkeys as a delicacy, although they could not remember if they had eaten monkeys in the last month or if the child had contact with a monkey before developing symptoms. The investigation showed that the child was the only one in the family who had not been vaccinated against smallpox.

Cases of monkeypox are common in Nigeria. In its latest report, the Nigerian Center for Disease Control (NCDC) said the country recorded 558 monkeypox cases and eight deaths in 32 states of the federation and the Federal Capital Territory between the years 2017 and 2022. .

The incubation period for monkeypox is usually 7 to 14 days, but can be as short as 5 and as long as 21 days. It's normal to develop a rash, which often starts on the face and then spreads to other parts of the body, particularly the hands and feet. Before long, the rash changes and goes through different stages before it crusts over and finally falls off.

The illness usually lasts 2 to 4 weeks. Transmission is thought to occur through saliva or respiratory excretions, or by contact with exudate from the lesion or crusting material. Viral excretion through faeces may also represent another source of exposure.

The African continent has been facing a resurgence of monkeypox in the last decade. More confirmed cases of monkeypox have been diagnosed since 2016 than in the previous 40 years.

To clarify the situation, four possibly simultaneous explanations are proposed for the increased incidence of monkeypox:

-The first is the cessation, in 1980, of vaccination against smallpox. And the consequent drop in immunity against orthopoxviruses.

-The second is the greater or more frequent exposure to animal species that act as a reservoir of the disease.

-The third is the increased rate of person-to-person transmission, particularly in immunocompromised hosts.

-The fourth is progress in diagnostic capacity and the development of health education programs.

At this time, there are no specific treatments available to combat monkeypox infection, but outbreaks of the disease can be controlled. Some data indicate that the smallpox vaccine is at least 85% effective in preventing monkeypox. Also the antivirals cidofovir and ST-246, as well as specific immunoglobulins, can be used to control an outbreak of monkeypox.

In Africa, the fatality rate ranges between 4 and 22%. Most of the patients are children. In addition, the disease is also a global health security concern, as the 2003 US outbreak demonstrated. Researchers determined that a shipment of animals from Ghana, imported into Texas in April 2003, introduced the virus monkeypox in the United States.

After importation into the United States, some of the infected animals were housed near prairie dogs at an Illinois animal dealer's facility. These prairie dogs were sold as pets before they developed signs of infection. Seventy-two people became ill with monkeypox, all after contact with infected prairie dogs.

Undoubtedly, it is pertinent to monitor the appearance of new cases or outbreaks of monkeypox as well as take appropriate preventive measures, because the disease constitutes a significant threat to human health.

This article has been published in 'The conversation'.

1 A champagne cork forces the phenomenon Girmay to leave... 2 Abrines: «We don't feel the obligation to have... 3 Diego Rico denounces before the Ertzaintza that he... 4 Finland and Sweden hand in their formal application... 5 Burkini in Grenoble: Mayor Eric Piolle criticized... 6 Baldoví warns that it would be the "acme of... 7 A second series on Club illico for Sophie Deraspe 8 PP, Vox and Cs blame Sanchez for his allusion to the... 9 Income tax 2022: it's already next Tuesday! For... 10 The Bank of Spain anticipates a new cut in GDP growth,... 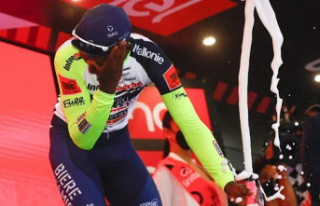 A champagne cork forces the phenomenon Girmay to leave...