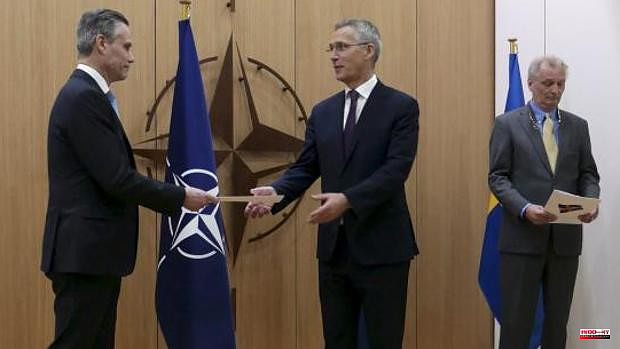 It's official. Finland and Sweden have submitted their NATO membership application documents this morning. The ambassadors of the two countries handed over the relevant documents to Secretary General Jens Stoltenberg at the Alliance headquarters in Brussels, while in the capitals of the two Nordic countries this historic step is celebrated with acts of various political parties. "This is a historic event at a critical moment for our security," Stoltenberg said upon receiving the requests, which he welcomed, remembering that "you are our closest allies."

The NATO Council, made up of the 30 Alliance states, will now deal with the procedure. "I am glad that we have taken the same path and that we can do it together," greeted Swedish Prime Minister Magdalena Andersson, who together with the President of Finland will travel to Washington on Thursday to meet with US President Joe Biden.

After the Russian president, Vladimir Putin, apparently reduced his threats of retaliation for the entry of the two countries into NATO, the main obstacle now seems to come from Turkey, one of the member countries and whose ratification is essential as well as the the rest. The Ankara government has confirmed its denial of Sweden and Finland's entry, despite diplomatic discussions over the weekend.

Turkey "will not give in", said President Recep Tayyip Erdogan, again accusing Sweden of being "the nursery of terrorist organizations" and accusing this country of having implemented sanctions against his country for the situation related to the Kurds. Turkey criticizes the two Nordic countries in particular for not approving extradition requests for people its government accuses of being members of "terrorist organizations" such as the Kurdistan Workers' Party (PKK), or for having frozen the arms exports to Turkey. Within NATO, however, there is hope of overcoming this hurdle as Turkey looks for counterparts in exchange for its approval.

One of them could be that the United States finally sells him its F-35 fighter jet. A White House spokesman has confirmed that "we are working on it." The Finnish president has also been "optimistic" about the possibility of obtaining Turkey's support, "with the help of constructive debates." For his part, Andersson stated that "Sweden hopes to work with Turkey in NATO and this cooperation can be an element of our bilateral relationship." He has also assured that Stockholm "is committed to the fight against all forms of terrorism." "We are confident in our ability to preserve the consensus within the Alliance" in favor of accession, added the spokesman for US diplomacy, who insists that, despite the Turkish president's statements, this feeling "has not changed" . US Secretary of State Antony Blinken will meet on Wednesday with his Turkish counterpart, Mevlut Cavusoglu, in New York, and it will be at this meeting that the matter can move forward.

The step taken by Sweden and Finland represents an important turn in their non-alignment policy since World War II and has required a historical rectification of the leftist political parties in both countries, traditionally opposed to NATO. At the end of a two-day debate session, the Finnish Parliament yesterday approved the accession plan by 188 votes in favor and eight against.

“It is an exceptional result, I did not expect it to be so clear. The vote is clear, there are no more discussions," Finnish Foreign Minister Pekka Haavisto was astonished before signing his country's application for membership. Swedish Foreign Minister Ann Linde had earlier signed Sweden's request at a ceremony on Tuesday. Only with these signatures on the table and without having formally presented the request in Brussels, neighboring Germany already announced yesterday that it will intensify its military collaboration with Sweden and Finland, which are seeking security guarantees during the NATO accession process.

"We are going to intensify our military cooperation during this period, especially in the Baltic region, with common military exercises," said German Chancellor Olaf Scholz, who specified that Sweden and Finland can count on Germany's support, "especially in this situation." so particular” before his long-awaited entry into NATO. "From now on, it is already clear that our countries are bound by the obligation to help each other in accordance with article 51 of the Charter of the United Nations, to provide all possible assistance and support to protect each other" . He offered the guarantee of it.

1 Burkini in Grenoble: Mayor Eric Piolle criticized... 2 Baldoví warns that it would be the "acme of... 3 A second series on Club illico for Sophie Deraspe 4 PP, Vox and Cs blame Sanchez for his allusion to the... 5 Income tax 2022: it's already next Tuesday! For... 6 The Bank of Spain anticipates a new cut in GDP growth,... 7 Cofides and the sovereign wealth fund of Qatar sign... 8 Enagás will be the entity responsible for the system... 9 Barcelona wins a new 360º viewpoint at 125 meters... 10 Biniam Girmay abandons the Giro after injuring an... 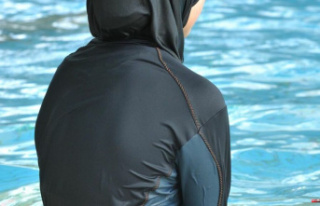