Seven years after bickering between PSOE, Compromís and Podemos in the Valencian Government, the president of the Generalitat, Ximo Puig, faces the most critical situation of his Executive pressured by three judicial fronts and the resignation of his number two Mónica Oltra, imputed for the management of her department in relation to the sexual abuse of a minor under guardianship for which her ex-husband was sentenced to five years in prison. 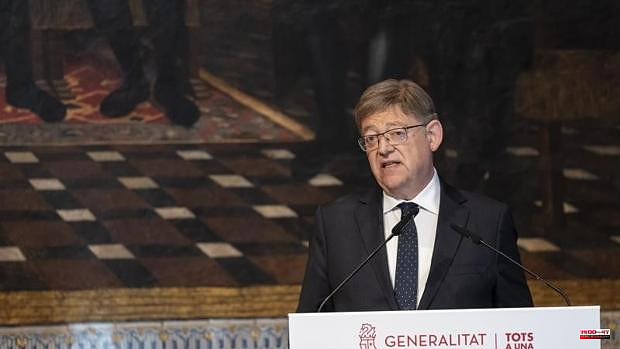 Seven years after bickering between PSOE, Compromís and Podemos in the Valencian Government, the president of the Generalitat, Ximo Puig, faces the most critical situation of his Executive pressured by three judicial fronts and the resignation of his number two Mónica Oltra, imputed for the management of her department in relation to the sexual abuse of a minor under guardianship for which her ex-husband was sentenced to five years in prison.

The departure of the historic leader of Compromís del Consell has caused a new schism between the leftist forces that govern in the Valencian Community just eleven months before the regional elections, as long as the socialist leader does not decide to bring them forward.

A decision that he already made in 2019 and that meant the first point of friction between the two formations.

Now, despite the forced resignation of Mónica Oltra for the cause that investigates an alleged cover-up by the Ministry of Equality and Inclusive Policies of the sexual abuse of her former partner to a teenager protected by the Generalitat, the legal battle has not ended for the Puig Executive.

In the instruction carried out by the head of the Court number 15 of Valencia on this case, there are still thirteen accused persons belonging to the Department of Equality and Inclusive Policies. In fact, Ximo Puig maintains the position of the general director of Children and Adolescents, Rosa Molero, who played a fundamental role in the "parallel investigation", which Judge Vicente Ríos coined.

A complex and compromised situation that Aitana Mas will have to deal with at the head of this Ministry, one of whose offices was searched by the Judicial Police last Monday, hours before Oltra resigned from all her positions. Thus, within the noble room of the Generalitat there is fear of the appearance of new revelations about the case that compromises the Executive.

The crisis generated by the fall of Oltra and its compromised judicial situation has overshadowed different achievements in economic and management matters that Ximo Puig intends to uphold without the media attention or social acceptance that the Presidency considers appropriate.

Specific cases such as the choice of the Ford Almussafes factory to manufacture two models of its electric cars from 2025, the choice of Volkswagen to install its new battery gigafactory in Sagunto, as well as the inauguration of the CaixaForum in the iconic Ágora in Valencia , investments in the City of Light in Alicante or the reinforcement of the activity of the Castellón airport.

All of them, punctuated by the management of the Ministry directed until last week by Mónica Oltra, who showed certain disagreements with different members of the socialist wing of the regional government, such as the head of Justice, Gabriela Bravo, for the abolition of prostitution.

Despite the fact that some sources of the Executive slip that with the arrival of Aitana Mas to the vice presidency and the spokesperson it will be able to calm the waters and reduce the tension between both formations, the reality is that the traumatic exit of Oltra left touched, even more, the relationship PSOE-Compromises.

On the other hand, with the third part of the equation, Podemos, a formation with which the socialists share a government at the national level, there is also a palpable climate of lack of understanding of autonomy, due to Puig's intention to offer the image of an Executive of moderation. Something for which the criticism of its vice president Héctor Illueca towards NATO, an organization that holds totally responsible for the war in Ukraine, has not helped.

The Valencian leader thus faces the last kilometers of the second Government of the Botánico with two judicial fronts that generate some concern in the socialist party. Apart from Oltra's management in the cause of the sexual abuse of her ex-husband to a minor protected by the Generalitat, the future of the coalition may be marked by the evolution of the Azud case, in which an alleged corruption plot is being investigated planning that would have allocated more than 40,000 euros to finance electoral acts of the PSPV fifteen years ago and that points to three former heads of training such as Rafael Rubio, José Luis Vera and Pepe Cataluña.

As if that were not enough, in parallel, another court maintains Francis Puig, brother of the president of the Generalitat, as accused for alleged fraud in the subsidies granted by the Valencian Government, some of them justified with rental invoices for a ship to his father or another brother's car repairs.

Thus, the final stretch of the legislature for Puig and his partners will not be easy, but rather radioactive and mined. For this reason, at the internal level, a possible electoral advance that can only be decreed by Puig according to the Statute of Autonomy is valued as an escape route, although the rise of the Popular Party on the national board, supported by the moderation of Alberto Núñez Feijóo and Juanma Moreno , makes the PSOE doubt about the most appropriate moment for its interests in the next elections, initially scheduled for the last Sunday of May 2023.

1 Jácome is saved from judicial burning by filing the... 2 Face to face with a new volcano with limited capacity 3 The Generalitat sees "a point of irresponsibility"... 4 Russia bombs downtown kyiv as world leaders meet in... 5 At least 20 dead in a South African nightclub in unknown... 6 More than a hundred bikers tour the province of Salamanca... 7 Transferred to Cantabria and already in good health... 8 The mysterious wreck of the Jumbo, a sad metaphor... 9 Media Storm, in a beautiful ending, beat The Way Of... 10 Thousands of people demonstrate against NATO in the... 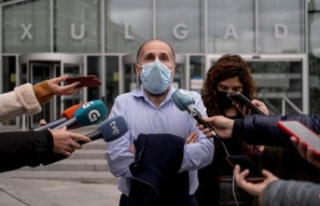 Jácome is saved from judicial burning by filing the...