The cub recovered on May 21 in Colinas del Campo de Martín Moro Toledano (León) is progressing favorably after having spent a few weeks in the CRAS in Valladolid. 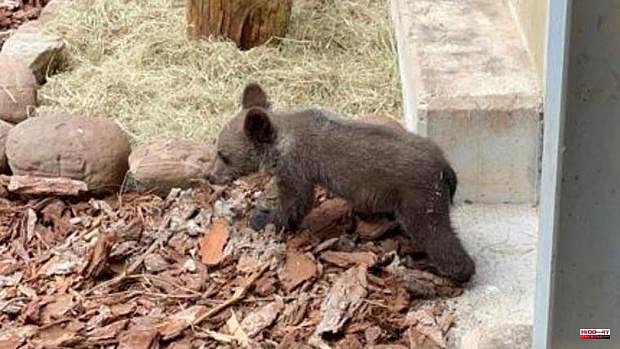 The cub recovered on May 21 in Colinas del Campo de Martín Moro Toledano (León) is progressing favorably after having spent a few weeks in the CRAS in Valladolid. He was admitted in critical condition and has been treated by veterinary services until he was able to walk, run and climb, going from 3,800 to 8,950 kilograms in weight. Now it has been transferred to the Villaescusa Wildlife Recovery Center (Cantabria), where it will spend a second recovery phase between one and two months.

There, depending on its evolution, it will be transferred to the space for acclimatization of brown bears that the Board has on the Valsemana estate (León). There it will be in conditions of semi-freedom before being able to successfully reintroduce it into the natural environment, the Executive reported this Sunday in a statement.

In the first days of his arrival at the CRAS, the puppy was in a critical condition with a guarded prognosis, presenting stupor and diminished reflexes. As the days passed, he showed from occasional periods of alertness to being completely attentive in response to environmental stimuli around him.

After the first weeks of treatment, he began to sit up on his hind limbs and kept his balance in station for short periods of time, until finally he was able to walk, run and climb.

The second phase of the recovery of the specimen will begin at the Villaescusa center, with the aim that it can be safely released into the natural environment, avoiding contact with humans in a controlled environment, carrying out exhaustive monitoring and continuing its development of normally, under conditions of minimal human intervention.

It is estimated that the stay in the Cantabrian center ranges between one and two months. When the cub reaches a minimum weight and an age of between seven and eight months, "and as long as the evolution is favorable and the specimen is suitable for reintroduction into the natural environment", it will be transferred to the acclimatization facilities in Valsemana, in the province of León, in semi-free conditions, following the experiences of the cubs Saba and Éndriga, which were successfully reintroduced after passing through these facilities.

1 The mysterious wreck of the Jumbo, a sad metaphor... 2 Media Storm, in a beautiful ending, beat The Way Of... 3 Thousands of people demonstrate against NATO in the... 4 Canceled 42 flights to or from Spain on the third... 5 Marc Márquez shows his tremendous scar on his arm 6 Spectacular comeback by Aleix after his incident with... 7 The Nambroca library is dedicated to Juan Sánchez... 8 The call for help from the victim of the abuse of... 9 Paul McCartney sings with Springsteen at Glastonbury... 10 Manowar announces "legal measures" against... 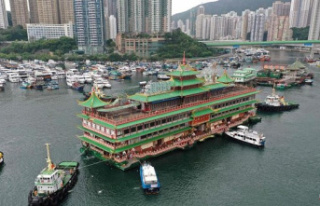 The mysterious wreck of the Jumbo, a sad metaphor...