Three-quarters of his term completed, the mayor of Orense, Gonzalo Pérez Jácome, stands out after coming out unscathed from each and every one of the legal complaints filed against him in a convulsive legislature, marked by his clashes with officials, unions and also against the opposition, his former groupmates and against his government partner, the Popular Party. 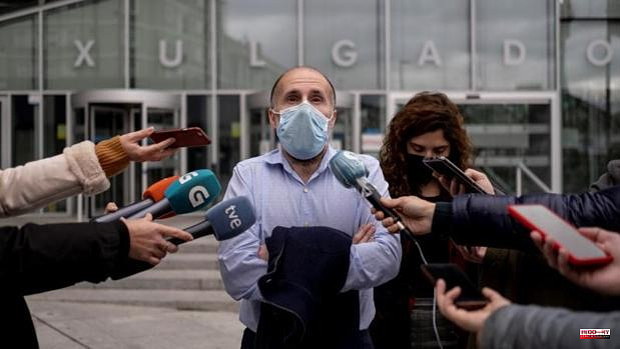 Three-quarters of his term completed, the mayor of Orense, Gonzalo Pérez Jácome, stands out after coming out unscathed from each and every one of the legal complaints filed against him in a convulsive legislature, marked by his clashes with officials, unions and also against the opposition, his former groupmates and against his government partner, the Popular Party. All this, in the final stretch of his troubled mandate, which is calmly approaching, one year before the 2023 electoral appointment, where he aspires to reissue his position.

The main scourge of the government —when the baton of command was held by the PSOE— in the opposition, since his arrival at the mayor's office, in these three years the alderman has been immersed in numerous legal proceedings related to alleged irregular financing of the accounts of his party, Democracia Ourensana (DO), and with forced donations.

The last one is the file of the open case against him for a possible crime of embezzlement of public funds, which was promoted by the Prosecutor's Office as a result of an anonymous complaint. In that case, the Public Ministry was analyzing the alleged diversion of nearly 100,000 from his political group, DO, to the television channel he owns, Auria TV. Finally, the Prosecutor's Office changed its criteria and retracted, requesting the dismissal of the case. Then, the judge instructing her, José Luis Doval, chose to withdraw, after Jácome had hired his wife as his adviser.

The suspicions centered on the diversion of 100,000 euros from DO accounts, between 2015 and 2018, to his private television, when he was still in the opposition; and specifically, after the withdrawal of two checks worth 20,000 and 30,000 euros each for the license of his television space. Then, the councilor himself defended all the expenses incurred for his training, understanding that they were duly "justified"; and he argued that there was "no basis whatsoever" to maintain the aforementioned accusation. "Better invest in something that is profitable," said Jácome, who has reiterated on different occasions that the most advisable thing is to allocate the money to Auria TV, understanding that it is the most effective for his party. And he added: «We did it, we do it and we will continue doing it».

With the file of this complaint for embezzlement, Jácome puts an end to the judicial processes related to economic management, and which he attributed to a strategy of "harassment and demolition" against him, in an attempt to overthrow him. However, it is not the first time that Justice has focused on the DO leader and on television owned by the mayor. It was precisely the management of the funds that prompted the departure of four of the seven mayors who formed the party at the beginning of the mandate. Several advisers and exediles denounced forced donations. Far from feeling weakened, Jácome does not hesitate to boast about all the complaints and criticisms against him. He was not affected by the fact that the judge in the case distanced himself from him when his wife went to work as an adviser to the government group, nor was he criticized after she pushed a trade unionist from the Workers' Commissions.

With the Popular Party in silence, Jácome keeps the mayor's office intact. All this, after having come to govern with only two councilors and almost twenty advisers, and after the departure of his partner in government, the PP, which he finally decided to return to. Among the issues that he has pending is the complaint filed by the CC union. OO., for the attack on one of its members during the first day of mobilizations of the strike that affected urban transport in the city. More recently, the head of the Local Police, who is on leave, filed a complaint, in this case, against her security councilor, for workplace harassment. Regarding this second complaint, the mayor's response was blunt. “Did depression come on you all of a sudden?” ironically, the councilman, who assured that he is “zero concerned” about the complaint filed by the mayor, questioning whether more credit is given to her than “to the 17 policemen who denounced her for bullying."

One year after the end of the mandate, what seems clear is that, except for surprises, it will come to an end, despite criticism from the opposition, his former DO councilors and even his government partner. The war is not new and in recent days Jácome accused the PSOE, BNG and Ciudadanos for asking for his resignation as a result of a complaint filed "without any basis", as towards the former DO mayors, whom he calls "turncoats". He was also critical of the PP, questioning its irresponsibility, after recalling that, for an almost identical previous cause – also filed – he left the government group.

Waiting to know the candidates that the different parties will present, it will be necessary to see what movements are produced between now and the end of the legislature. For now, the mayor has been the only one to step forward by announcing his intention to stand again in the municipal elections in May of next year. He did it with this unique reflection: "That's like the dates of the holidays, there may be variations and there may be changes, but in principle you already know what the forecast is," he explained before implying that he could be "the only candidate who stand for re-election."

1 Face to face with a new volcano with limited capacity 2 The Generalitat sees "a point of irresponsibility"... 3 Russia bombs downtown kyiv as world leaders meet in... 4 At least 20 dead in a South African nightclub in unknown... 5 More than a hundred bikers tour the province of Salamanca... 6 Transferred to Cantabria and already in good health... 7 The mysterious wreck of the Jumbo, a sad metaphor... 8 Media Storm, in a beautiful ending, beat The Way Of... 9 Thousands of people demonstrate against NATO in the... 10 Canceled 42 flights to or from Spain on the third... 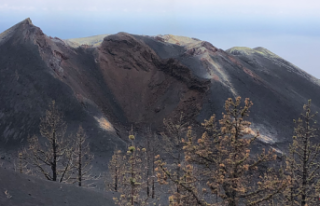 Face to face with a new volcano with limited capacity