Russia has bombed this Sunday a residential neighborhood of kyiv, the Ukrainian capital, hours before the start of the G7 summit in Germany, where the devastating Russian offensive to seize the Donbas region in eastern Ukraine will be addressed. 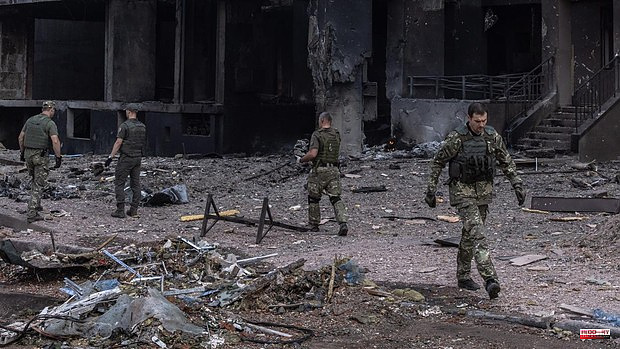 Russia has bombed this Sunday a residential neighborhood of kyiv, the Ukrainian capital, hours before the start of the G7 summit in Germany, where the devastating Russian offensive to seize the Donbas region in eastern Ukraine will be addressed.

Four explosions have been registered around 06:30 (03:30 GMT) in kyiv and have hit a residential complex near the center, causing a major fire, according to AFP journalists present at the scene. At least two people have been hospitalized, the mayor of the capital, Vitaly Klitschko, has indicated on Telegram, who has specified that there were people "under the rubble", so the balance could worsen. It is about "intimidating the Ukrainians (...) given the proximity of the NATO summit," Klitschko said after the explosions.

The Ukrainian capital has not registered Russian attacks since the beginning of June and those on Sunday come before the start of the G7 summit in southern Germany and a few days before the NATO summit in Madrid next week.

At the G7 summit, the leaders of the seven most industrialized nations - Germany, Canada, France, Italy, Japan, the United Kingdom and the United States - will seek, among others, to strengthen support for Ukraine.

The United Kingdom, which has announced additional aid that could reach 525 million dollars, warned on Saturday against any "fatigue" in supporting kyiv, which could favor Russian leader Vladimir Putin.

The United Kingdom, along with the United States, Canada and Japan, will also ban the import of Russian gold as part of new sanctions imposed on Moscow for the invasion of Ukraine on February 24.

Ukrainian President Volodimir Zelensky said Saturday that he will participate by videoconference in the G7 summit in the face of a conflict that is entering its fifth month and risks prolonging.

Zelenski, who considers that the sanctions are "insufficient", will request new shipments of heavy weapons and anti-aircraft defense systems to counteract the Russian advance.

"This is a step in the war, morally difficult, emotionally difficult (...) It is not only the destruction of our infrastructure, it is also the cynical and calculated pressure on the emotions of the population," he lamented.

1 At least 20 dead in a South African nightclub in unknown... 2 More than a hundred bikers tour the province of Salamanca... 3 Transferred to Cantabria and already in good health... 4 The mysterious wreck of the Jumbo, a sad metaphor... 5 Media Storm, in a beautiful ending, beat The Way Of... 6 Thousands of people demonstrate against NATO in the... 7 Canceled 42 flights to or from Spain on the third... 8 Marc Márquez shows his tremendous scar on his arm 9 Spectacular comeback by Aleix after his incident with... 10 The Nambroca library is dedicated to Juan Sánchez... 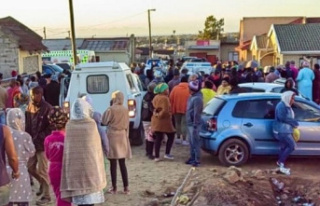 At least 20 dead in a South African nightclub in unknown...