The Vice President of the Generalitat and Minister of Digital Policies and Territory, Jordi Puigneró, sees "a point of irresponsibility" on the part of the President of the Government, Pedro Sánchez, when announcing a 50% reduction in public transport fares in the case of subscriptions managed by the State and 30% in those managed by the Autonomous Communities and municipalities. 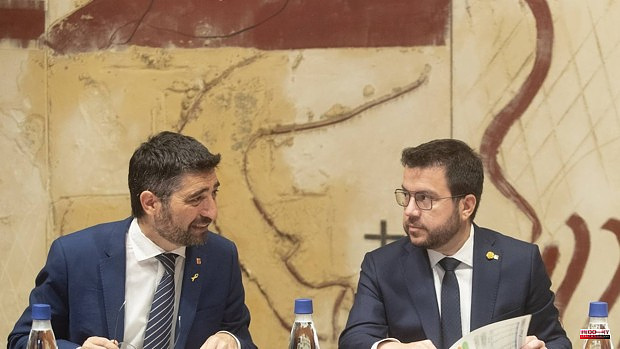 The Vice President of the Generalitat and Minister of Digital Policies and Territory, Jordi Puigneró, sees "a point of irresponsibility" on the part of the President of the Government, Pedro Sánchez, when announcing a 50% reduction in public transport fares in the case of subscriptions managed by the State and 30% in those managed by the Autonomous Communities and municipalities.

In an interview with Rac1 collected this Sunday by Europa Press, Puigneró lamented that the explanations on how to implement the measure will be known before July 15 through a ministerial order: "We are going a bit blindly and it is a bit unfortunate," he said. , and believes that citizens are going to start demanding the aid before it is implemented on September 1.

He has criticized that "at no time" had the Government been informed of this measure that will affect its accounts by complementing the 30% reduction to reach 50%, and that it will also affect transport companies, which may suffer from liquidity problems , according to him.

However, he has also said that "reducing the price of the ticket from time to time can help", but that what the citizens of Catalonia really expect is a transfer of the management of the service to the Generalitat, because right now it is a disaster, in his words.

He has insisted that the rates are reduced by 25% since 2019 and, asked about the possibility of not applying the 30% reduction proposed by the Government, he has asked himself: "Who will not do it?", and has remarked that It would have to be an agreed measure and that will mean between 22 and 24 million euros for the Generalitat.

On the possibility of extending the reduction beyond the end of the year, he has responded that it must be a "temporary" measure because, if it is maintained over time, it can generate more deficit in the public transport service, and has criticized that it already exists an energy surcharge of 170 million euros due to the rise in the price of energy that has not been compensated.

“Going deficit is not the solution. You can do it in a timely manner, but you have to correct it", said the vice president, who doubts that there will be an increase in passengers with the drop in prices, because the problem is in train delays, in that there are not enough frequencies or in which the service does not reach the entire territory.

1 Russia bombs downtown kyiv as world leaders meet in... 2 At least 20 dead in a South African nightclub in unknown... 3 More than a hundred bikers tour the province of Salamanca... 4 Transferred to Cantabria and already in good health... 5 The mysterious wreck of the Jumbo, a sad metaphor... 6 Media Storm, in a beautiful ending, beat The Way Of... 7 Thousands of people demonstrate against NATO in the... 8 Canceled 42 flights to or from Spain on the third... 9 Marc Márquez shows his tremendous scar on his arm 10 Spectacular comeback by Aleix after his incident with... 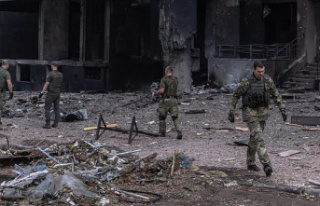