Face to face with a new volcano with limited capacity

500 meters from the crater of the new La Palma volcano, still smoking, is where the route recently opened on the island culminates to take a close look at the 'monster'. 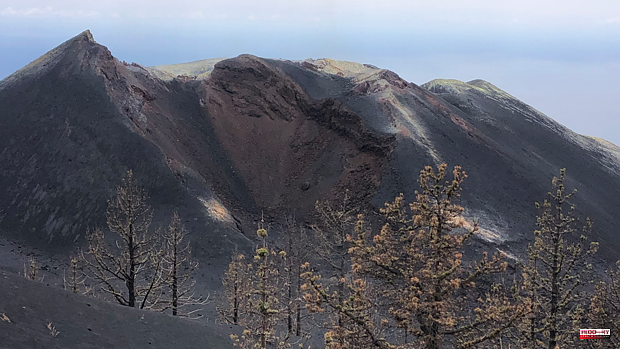 500 meters from the crater of the new La Palma volcano, still smoking, is where the route recently opened on the island culminates to take a close look at the 'monster'. The route winds through new land, ash dunes, narrow lapilli trails, and ground still warm six months after the eruption ended. It is fragile terrain, and therefore this volcano is still a sight of limited capacity.

The trail to Cabeza de Vaca is 2.5 kilometers one way and the same way back, with demanding climbs in valleys of lapilli dunes several meters high. It has been the experts who have defined the path, the capacity and the capacity of this transformed territory.

At the moment, 240 people a day, in four groups of 14 people plus a guide, in four time slots.

The Isla Bonita Tour guide, Romeo Weber, assures that it is one of the most requested, with a quota that is always full. Along the way, he explains how this path used to be, how the volcano turned this area upside down, the different scientific stations that dot the path, placed to measure heat, gases and seismicity, as well as the different flows that gushed out and the mouths that were opening from this great giant of nature.

In addition to the routes to visitors and tourists, the route is also made with residents, "but for them the explanation is completely different." Feelings are still raw, and the passage of time has not cooled the frustration and pain that this 'bug' caused for 85 days and 8 hours. "What am I going to explain to them that they don't know, if on La Palma we followed the volcano minute by minute," he confesses. These routes are also crowded, there are those who do not want to see this "unfortunate", but there are also many who want to look at him face to face, a way to turn the page, move on and reconcile with this "monster" that changed their lives.

"They are not small pines, they are buried pines," he warns. And it is that the small cups that barely protrude a meter in the dunes of dozens of meters of Cabeza de Vaca almost look like recent pines, due to their small size and their bright green color that is beginning to resprout. The Canarian pine usually reaches between 15 and 25 meters in height, "the rest of the pine is under ash." Black on green, where the second fights to win the battle. Fig trees have also survived the eruption and three months of ash and gas. The flora in this area is already sprouting and life is returning to this inhospitable area, at a distance so close to the crater (the two main ones) that it is almost unbelievable.

Along the way, while the narrow path gives vertiginous views of an urban valley covered in black, and the horizon of the blue Atlantic, extreme care where to step. "Always within the path", warn the guides, "stepping outside is very dangerous". Lava tubes, fumaroles or high temperatures are some of the threats that still remain on the edges of this route.

1 The Generalitat sees "a point of irresponsibility"... 2 Russia bombs downtown kyiv as world leaders meet in... 3 At least 20 dead in a South African nightclub in unknown... 4 More than a hundred bikers tour the province of Salamanca... 5 Transferred to Cantabria and already in good health... 6 The mysterious wreck of the Jumbo, a sad metaphor... 7 Media Storm, in a beautiful ending, beat The Way Of... 8 Thousands of people demonstrate against NATO in the... 9 Canceled 42 flights to or from Spain on the third... 10 Marc Márquez shows his tremendous scar on his arm 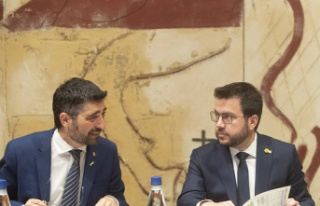 The Generalitat sees "a point of irresponsibility"...