Less than 12 hours after the Minister of Culture, Miquel Iceta, described as "exaggerated" the protests of independent cinema for the new audiovisual law, the producers demonstrated to ask for the "salvation" of the sector. 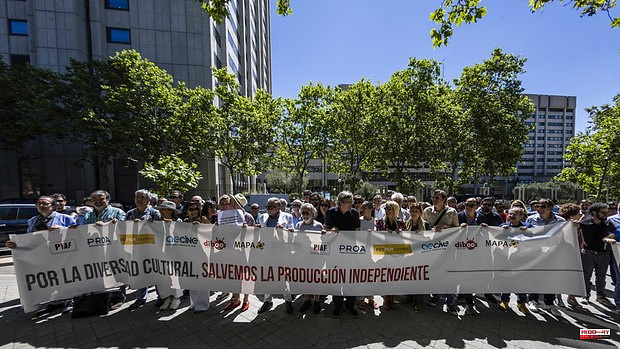 Less than 12 hours after the Minister of Culture, Miquel Iceta, described as "exaggerated" the protests of independent cinema for the new audiovisual law, the producers demonstrated to ask for the "salvation" of the sector. Almost at the same time, Iceta held an event with the Spanish writers who are going to attend the Frankfurt Book Fair where, after questions from the press, he once again confirmed his defense of the rule approved by his Government and asked the writers for patience. independent. “There is going to be a cinema law where they are going to feel better reflected than in the audiovisual law.” Something that was confirmed by the producer José Antonio Hergueta, who acted as a spokesman at the demonstration. “The Government has proposed the cinema law, in which we have been in permanent dialogue for two years,” he said.

Perhaps for this reason, the producers who demonstrated at the door of the Ministry of Economic Affairs – where the weight of the negotiation has been carried – did not show the same forcefulness as two weeks ago when, given the imminence of the vote in the Congress of the Deputies to approve the law, declared "war" on the PSOE government, after speaking of "stab wounds" and "deadly wounds."

Now the waters seem calmer, despite the fact that nothing has changed: the law was approved with the change that the PSOE introduced at the last minute and that benefits international platforms and private television channels (the already famous article 110.1). The spokesman for the independents, José Antonio Hergueta, said that the government has asked them for "an act of faith." "We are delighted to make that leap of faith, but we need concrete measures and solutions," he assured, clinging to "the promises of the future" that have been made to them.

Some promises that can no longer fit with the audiovisual law, which is a few days away from being ratified in the Senate, where it arrived with the votes of the PSOE and the abstention of the PP. "The change allows corporations to produce as if they were independent productions, and that is a fraud against the status of independent European production," lamented Hergueta, who assured that "it is a contradiction that Spain is the only state in the Union that opens that recognition as independent companies that are not because they are at the service of corporations and owned by them.

With this war lost by the audiovisual law, the lowering of the tone in this Thursday's demonstration is understood in the open negotiation for the new cinema law, which this time is commanded by the Ministry of Culture. "We need the Government's commitment to independent production to be resounding, and that these articles be very clear and unambiguous so that what should not sneak in does not sneak in," he insisted.

Despite the demands of the sector, Iceta again turned a deaf ear: "Independent production has not enjoyed as much support as today in history," he said, to boast that "the situation today in the audiovisual sector in Spain is very good" . Something that they do not share across the negotiating table. “This law is a government policy, and we are surprised by the surrender, even if they sell it to us with a pink bow,” Hergueta assured.

1 Culture reserves a quota of 25% to authors in co-official... 2 The Government tries to take the meeting on the future... 3 Aznar on what happened with Algeria: "It is difficult... 4 The PP criticizes that the municipal government does... 5 Luis López, 'predictable' relief at the... 6 The University of Valencia dismisses the director... 7 Carriedo assures that the daughter of the murdered... 8 The Valencia City Council renews the subsidy of 25,000... 9 The regional government finalizes a Dual Sectoral... 10 Talavera and the Provincial Firefighters Consortium... 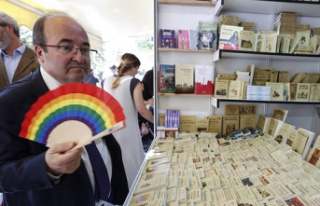 Culture reserves a quota of 25% to authors in co-official...