The Government presented this Thursday the main lines of the program for the next Frankfurt Book Fair, to which Spain will attend as the guest of honour. 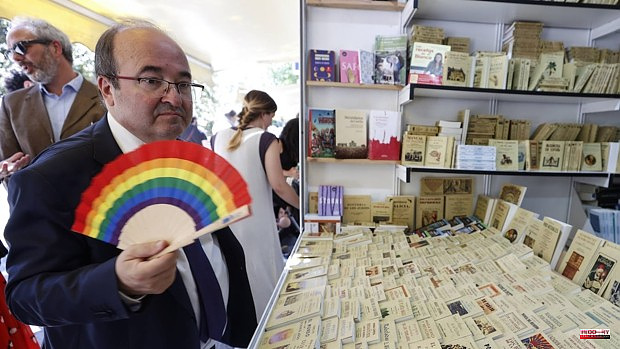 The Government presented this Thursday the main lines of the program for the next Frankfurt Book Fair, to which Spain will attend as the guest of honour. "It is, for many reasons, the most important fair in the world, and we want to project our culture and our country," said the Minister of Culture, Miquel Iceta, in charge of summarizing the Spanish landing in Germany in figures: a budget of 12 million euros and the participation of 200 authors, of which 25 percent will be firms that publish in the co-official languages ​​of the State.

«We have chosen them in the widest possible way: with parity, with representation of all literary genres. 75 percent of the selected authors write in Spanish and 25 percent in the co-official languages ​​of the State", explained the minister at an event organized at the headquarters of the Goethe Institute in Madrid.

“It is a state mission to promote and protect all languages. Proposing the participation of all languages ​​makes us more creative. We want to show it all, it's a great opportunity."

Spain comes to this appointment after three years of work, one after what was originally planned. In this time, according to Iceta, the German translation of more than 400 books has been promoted, with an investment of 800,000 euros. 50 percent of them have been possible thanks to public aid. The total investment of the Executive will amount to 12 million euros. "Public resources are not an expense, they are an investment," said the minister. One of those 12 million will pay for the Spanish pavilion, a space of 2,000 square meters baptized with the name 'The theory of cherries'.

The Frankfurt Book Fair is the event where 80 percent of copyrights are traded worldwide, and Planeta and Penguin Random House, the two largest publishing groups, will be represented, but also more than half hundreds of independent groups. “We are going to reach about 400 publishers throughout the fair. We have advised them to try to show the maximum diversity and to give importance to the growing role of women in creation and to some formats such as graphic novels or children's and youth literature," explained the minister.

Elvira Marco, curator of the project, stressed the importance of this event as a "bridge" with Latin America. There will be a total of fifty conversations between creators, on topics ranging from climate change to new relationships, going through family ties, the return to the rural or the urban chronicle. Irene Vallejo will deliver the opening speech, together with Antonio Muñoz Molina. Authors such as Arturo Pérez Reverte, Javier Cercas or Juan José Millás will also be present.

In the Spanish pavilion, Carmen Balcells and Jorge Herralde, the two great figures of the Spanish edition of the last half century, will be honored. The purely literary and editorial program will be complemented with musical performances such as Sheila Blanco singing to the poets of the Generation of 27 or Fraskito's tribute to Miguel Hernández. Chef Ferran Adrià will offer a conference on gastronomy. The program of activities will be extended to schools and libraries in the city of Frankfurt.

The president of the Frankfurt Book Fair, Jurgen Boos, stressed that Spain has a generation of authors capable of addressing issues such as gender policies from all genres, "with all available resources." Daniel Fernández, from the Federation of Publishers' Guilds, recalled the 1991 edition, the other time that Spain participated in Frankfurt as the guest of honor: «Spain appeared as a renewed country. 31 years later it is rediscovery and consolidation. We will go not only to buy rights, but to sell rights.

Irene Vallejo, author of 'El infinito en un reed', a phenomenon that has sold 400,000 copies in Spain and has been translated in more than 35 countries, assured that the work of translators "paves the way for us to get to know each other and read each other without borders". The fairs are «invitations to be more cosmopolitan».

1 The Government tries to take the meeting on the future... 2 Aznar on what happened with Algeria: "It is difficult... 3 The PP criticizes that the municipal government does... 4 Luis López, 'predictable' relief at the... 5 The University of Valencia dismisses the director... 6 Carriedo assures that the daughter of the murdered... 7 The Valencia City Council renews the subsidy of 25,000... 8 The regional government finalizes a Dual Sectoral... 9 Talavera and the Provincial Firefighters Consortium... 10 Anti-corruption requires Calviño the aid received... 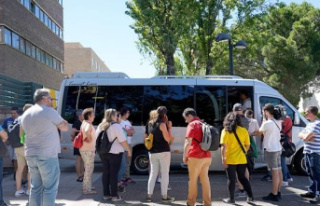 The Government tries to take the meeting on the future...