UEFA Congress in times of war: Ukraine in front of a bomb crater, Russia in Vienna

The war in Ukraine remains the most difficult topic for football. 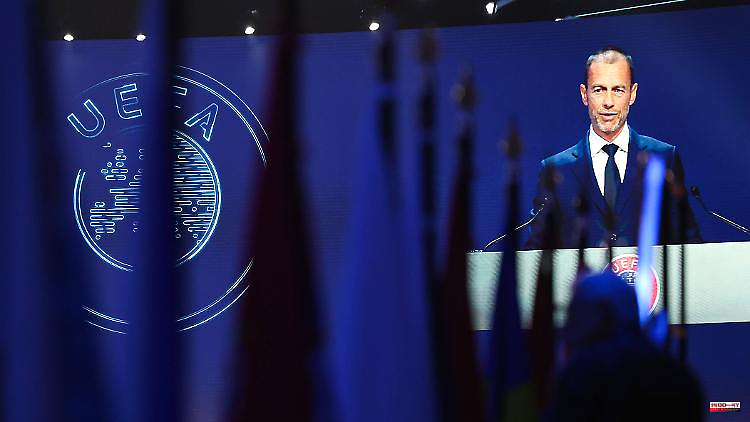 The war in Ukraine remains the most difficult topic for football. The delegates at the UEFA Congress are shown the consequences of the conflict. In the evening, the country's national team and Borussia Mönchengladbach set an example for peace.

Andrei Pavelko was standing in front of a bomb crater. The President of the Ukraine FA was wearing a protective vest when he spoke in shaky live video from a destroyed stadium in Chernihiv on Wednesday. "The Ukrainian football community saves lives, saves children's lives," the 46-year-old told delegates at the UEFA Congress in Vienna. It was quiet in the conference hall of the exhibition center in Austria's capital. Dealing with the Russian war of aggression in Ukraine remains a tightrope walk for football.

The European umbrella organization had excluded Russian clubs from all competitions and also moved the Champions League final from St. Petersburg to Paris - but the Russian association will remain part of UEFA for the time being. Alexander Alayev, the young General Secretary of the RFU, was in Vienna. He didn't want to comment.

UEFA President Aleksander Čeferin avoided clear statements about further sanctions against the RFU, saying it was "premature" to talk about it. "I wouldn't rule anything out, but I wouldn't say it will happen in the future either," said the Slovenian at noon during the press conference. "We hope this madness will end as soon as possible." Čeferin defended himself against a general suspicion that the officials were automatically close to Russian President Vladimir Putin.

"Football is undoubtedly the loser. One of the losers, as we take away the passion and dreams of players, coaches and fans who have nothing to do with the current situation," said the UEFA President during his congress speech, in citing other points where football always won. "But when UEFA imposes unprecedented sanctions, football tries to make its tiny contribution to Europe's society and politicians who work for peace."

Then Pavelko reported live. Despite sound problems, the 46-year-old was able to deliver his message from the seemingly bizarre scenery under a bright blue sky in the bombed-out stadium. "Behind me you can see the stadium that was hit. You can see that the field was completely destroyed. We were bombed, even today in the region, bombs fell here," said the head of the association in the northern Ukrainian region.

According to the umbrella organization's translation, Pavelko said he did not have the "moral right" to leave Ukraine and travel to the UEFA Congress in Vienna. "But I am sure that we will discuss important things together at the next congress."

A few hours after Pavelko's impressive performance, the Ukrainian national team and Borussia Mönchengladbach sent an emotional, sporting signal for peace in a benefit game. Solidarity and concrete help were the focus. Most of the 20,223 spectators sang and clapped for both teams when Ukraine made it 2-1 (1-1) in Borussia Park. Among the fans were numerous Ukrainians who were allowed to be there for free. For the national team it was the first game since the beginning of the Russian invasion.

The game aims to help Ukraine on two levels. All of the money won goes to help people suffering from the war. But the encounter was also important from a sporting point of view. National players who played in their home country before the war lack competitive practice. The selection is scheduled to play in the semi-finals of the World Cup playoffs in Scotland on June 1st. If Ukraine wins, they will play Wales four days later for a place at the World Cup in Qatar. "It's very important for our national team and for our country that we make it," said former Bundesliga professional Andrei Voronin at the stadium microphone. 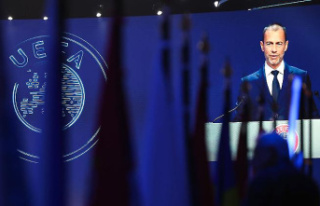 UEFA Congress in times of war: Ukraine in front of...