With this approach, the sporting side (almost) takes a backseat: For the first time since the beginning of the Russian war of aggression, the Ukrainian national team is playing a football game. 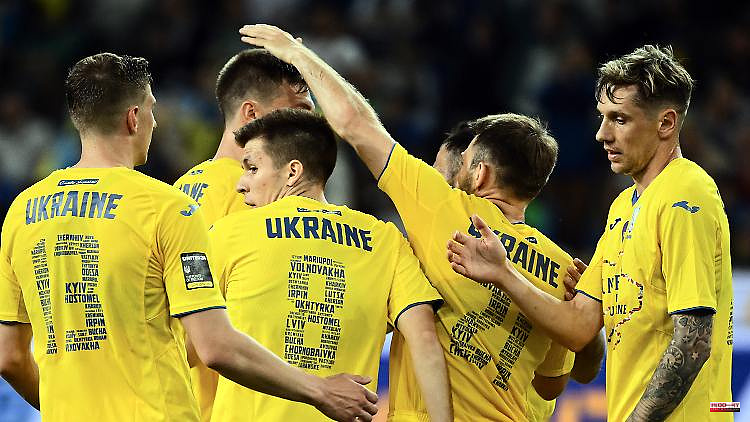 With this approach, the sporting side (almost) takes a backseat: For the first time since the beginning of the Russian war of aggression, the Ukrainian national team is playing a football game. Against Borussia Mönchengladbach, the blue and yellow managed a victory that was celebrated from all sides.

The Ukrainian national team and Borussia Mönchengladbach took a footballing stand against the war in an emotional charity match. In Ukraine's first game since the start of the Russian invasion of the country, the focus was on solidarity and concrete aid. Most of the 20,223 spectators cheered on both teams with applause and songs when Ukraine made it 2-1 (1-1) in Borussia Park.

Among the fans were numerous Ukrainians who were allowed to be there for free. Before the game, the Gladbach professionals and Ukrainians lined up for a joint picture with blue and yellow flags and a banner with the words "Stop War". There was a standing ovation from the ranks. A huge jersey with the outline of the Ukrainian state covered parts of the away block. Fan separation was not necessary. The audience sang for both teams. "Ukraine Olé" and "Mönchengladbach Olé" sounded in the stadium. When Mychajlo Mudryk gave the guests an early lead, there was only cheering and no resentment. The second Ukrainian goal came from Oleksandr Pichalonok. Conor Noß scored the goal for Gladbach.

The game should help Ukraine on two levels. All of the money won goes to help people suffering from the war. But the encounter was also important from a sporting point of view. National players who played in their home country before the war lack competitive practice. The selection is scheduled to play in the semi-finals of the World Cup playoffs in Scotland on June 1st. If Ukraine wins, they will play Wales four days later for a place at the World Cup in Qatar.

"It's very important for our national team and for our country that we make it," said former Bundesliga professional Andrei Voronin at the stadium microphone. Before kick-off, former boxing world champion Wladimir Klitschko spoke to the spectators in a video message. "We thank you all for your great help," said the mayor of Kyiv's brother Vitali Klitschko. "Please think of us, please keep staying with us and keep donating to us."

1 Newspaper reports on offer: Does Bayern excavate Pogba? 2 Munich, Stuttgart, Frankfurt: Germany plays in the... 3 Celebrating players inspire: The surprising longing... 4 Mazraoui as the first new signing: FC Bayern is working... 5 Wimbledon shock, season off: was that it, Roger Federer? 6 Team boss raves about the professional cyclist: For... 7 Concussion in Araujo: All clear for Barça professional... 8 "I'm satisfied with my performance":... 9 The club icon ignores the celebration order: The handball... 10 Salihamidžić vs. Nagelsmann: "Simmering"... 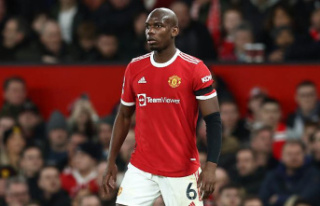