Celebrating players inspire: The surprising longing for the fans

The pictures of celebrating players and fans from the stadiums of the republic in the last week awaken the hope that football will return to its old virtues after all. 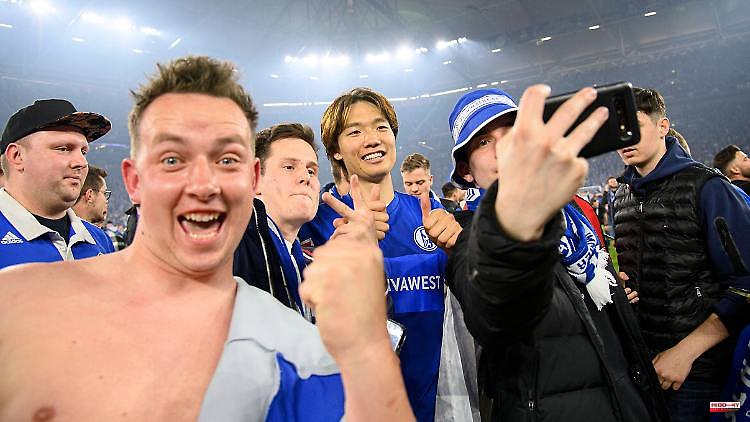 The pictures of celebrating players and fans from the stadiums of the republic in the last week awaken the hope that football will return to its old virtues after all. The new, old proximity is good - and could be the beginning of a real change

It was the pictures of the BVB championship celebration 2011! Neven Subotic, shirtless, standing on his car in the midst of cheering Borussia fans. They were scenes full of exuberant and primal joy. Detached from all normality and reality. Because even then, eleven years ago, such moments were an absolute exception, yes, almost a sensation. Professional soccer players in the midst of their supporters, without nervous police officers or beating security men around them? Such pictures - even if the injuries at Schalke unfortunately cloud the overall picture - had not been provided for in the world of football for a long time.

Foreclosure and exclusivity had become the new motto of the football money printing machine - and more and more drastically and consistently every year. Until, at some point, football and its protagonists were separated by light years from the people - who only make the spectacle on the green pitch what it is through their presence and their interest. And then came the time of ghost games. Empty stadiums, in which at most the caretaker and his assistant made a good mood with the garbage can lids (!). A grotesque, dreary time. Obviously also for the players.

The way the pros from Bochum, Frankfurt and Cologne to Gelsenkirchen have not only accepted but also enjoyed being close to the fans in recent days were moments that cannot be overestimated. They were real moments of reconciliation between two groups that had often become strangers to each other over the years. Anyone who experienced the VfL players in the middle of Bochum's party mile Bermuda Triangle a week ago after the derby victory in Dortmund will have regained a (large) part of their faith in football. They were almost surreal images - which have not existed in many places of commercial football for so long. Sad but true.

All the more both sides enjoyed this new, old community. This surprising longing of the players for closeness to the fans had nothing artificial, nothing arranged, laboriously conceived by marketing experts. They were real, primal emotions - and they felt damn good. And if they don't remain a flash in the pan or are misused for PR purposes, then these scenes may ignite a new glow that can give commercial football some of its humanity back. Because it is exactly these shared moments, which could be observed in the stadiums and party zones of the republic in the last week, that have also aroused desires among players and fans of clubs who don't have much to celebrate at the moment - but are already looking forward to events and enjoy moments in which they can satisfy this new longing.

Apparently, the last two years of forced separation have been healing in a way. All parties have seen that it doesn't work without each other - and above all it's only half as much fun. The pictures of the last few days have made hearts beat faster. Let's just hope that this tender little plant of hope survives the spring. Football could use it - and the people anyway.

1 Mazraoui as the first new signing: FC Bayern is working... 2 Wimbledon shock, season off: was that it, Roger Federer? 3 Team boss raves about the professional cyclist: For... 4 Concussion in Araujo: All clear for Barça professional... 5 "I'm satisfied with my performance":... 6 The club icon ignores the celebration order: The handball... 7 Salihamidžić vs. Nagelsmann: "Simmering"... 8 Because he is there himself...: "Human rights... 9 Press comments on Haaland change: "It's... 10 There must always be more: UEFA's questionable... 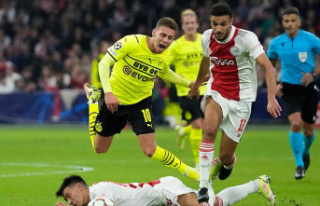 Mazraoui as the first new signing: FC Bayern is working...