Munich, Stuttgart, Frankfurt: Germany plays in the home EM in the south

The 2024 European Football Championship begins just like the 2006 home World Cup in Munich. 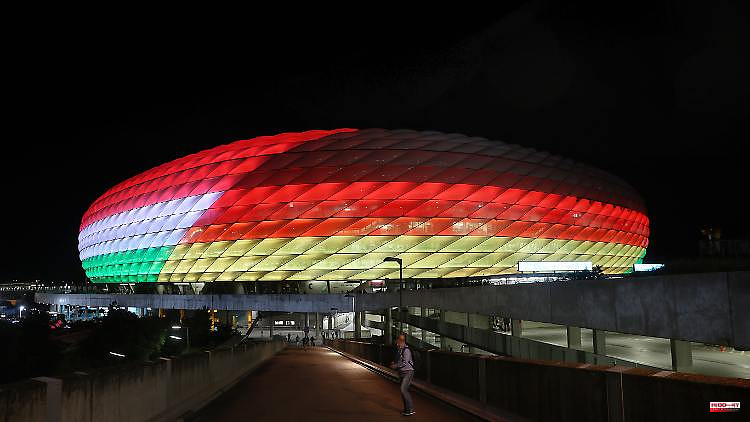 The 2024 European Football Championship begins just like the 2006 home World Cup in Munich. After that, the way through the tournament is different for the German team: The Flick team spends the group phase in the south and would only come to Berlin for the final if things went well.

Almost exactly 18 years to the day after the beginning of the "summer fairytale", the European Football Championship will kick off in Munich on June 14, 2024. Exactly one month later, the final will take place in the Berlin Olympic Stadium. This was announced by UEFA on Tuesday when it presented the schedule for the German home championship. But all other (possible) game dates and venues have already been set.

Where is Germany playing?

The DFB team will definitely play the opening game of the European Championship. On Friday, June 14, kick-off at 9 p.m. in Munich. This will be the second time in a row that Germany will enter a European championship after the 2021 European Championship in the Allianz Arena - or as UEFA calls it, in the "Munich Football Arena". Unlike last year's 0-1 draw against France, a win should lay the foundation for a successful tournament.

It continues on Wednesday, June 19, with the second group game. Venue is Stuttgart. Germany secured third place at the 2006 home World Cup with a 3-1 win against Portugal and two goals from Schweinsteiger. The kick-off time is still open. The third and last group game then takes place in Frankfurt on Sunday, June 23rd. 50 years after the "Frankfurt water battle" against Poland at the 1974 World Cup, it is the German national team's first final match on the Main.

Since the 1984 European Championship, one or more of the hosts has traditionally played the opening game of a European Championship, so Munich as the opening venue for the German national team is no surprise. At the 2006 World Cup - the defending champions had always opened the World Cup - the DFB team started the tournament in Munich with a 4-2 win against Costa Rica. However, Germany then played the group games against Poland and Ecuador in Dortmund and Berlin. These are the stadiums with the largest capacities next to Munich (67,000 spectators). The Olympic Stadium holds 70,000 spectators, in Dortmund 66,000 people can enter the stadium due to a lack of standing room at the European Championships.

It is surprising at first glance that Stuttgart and Frankfurt are home to the other German group games at the 2024 European Championship. But the explanation makes sense: The organizing committee and organizer UEFA have agreed to sort the ten venues into three clusters "for reasons of sustainability". The north/northeast zone includes Berlin, Hamburg and Leipzig, then the west with Dortmund, Düsseldorf, Gelsenkirchen and Cologne and the south with Frankfurt, Munich and Stuttgart. In each group there are only games in two clusters to reduce travel distances. Germany plays all group games in the south.

What's next after the preliminary round?

If Germany survives its preliminary round group first, it would go west for the first time in the round of 16. In Dortmund on Saturday, June 29, the winners of Group A meet the runners-up in Group C. Possibly with German participation.

If Germany survives the possible round of 16 in Dortmund, it would go back south. A possible quarter final will take place in Stuttgart on Friday, July 5th. If they win again, the semi-finals will follow on Tuesday, July 9th in Munich. Germany would only play a game in Berlin if they reached the final. On Sunday, July 14 at 9 p.m., the final of the European Championship will be played in the Olympic Stadium. The German national team has good and bad memories of Berlin. The 2006 World Cup quarter-finals, which the DFB team won on penalties, are legendary, as is the 4-4 win over Sweden in qualifying for the 2014 World Cup.

The situation is different if Germany survives the preliminary round as second in the group. Then we would go to Berlin for the first time on Saturday, June 29th. There, the runners-up in Group A will meet the runners-up in Group B. If they progress, Germany would then play their quarter-finals in Dusseldorf exactly one week later, on Saturday, July 6th. In this case, the possible semi-final will take place on Wednesday, July 10, in Dortmund. Before going to Berlin again. In this way, Germany would play once in six of the ten stadiums and twice in Berlin.

It gets complicated when Germany reaches the round of 16 as one of the four best third-placed teams. In this case, coach Hansi Flick's team would either enter the knockout stages in Munich, Frankfurt or Cologne. The quarterfinals would either be in Berlin, Hamburg or Stuttgart. The semifinals again either in Dortmund or Munich.

What else is known?

Germany will definitely not play in two of the ten stadiums: there is no scenario in which the DFB team plays games in Leipzig or in Gelsenkirchen, at the Schalke 04 stadium. Leipzig and Gelsenkirchen are also the only venues with only four games. Six games are played in each of the three largest stadiums. The overview:

What are the dates until the final round?

The qualifying groups will be drawn at the Frankfurt Festhalle on October 9, 2022. 54 teams are divided into ten groups, with Germany as the host automatically seeded for the final round with 24 participants.

The qualification will be held from March to November 2023. The ten group winners and ten runners-up qualify directly for the tournament in Germany. The last three starting places will most likely be played in playoffs, with the rankings in the Nations League 2022 likely to play a role. UEFA has not yet announced the exact details.

In December 2023, the preliminary round groups for the final tournament will be drawn in the Elbphilharmonie in Hamburg.

1 Celebrating players inspire: The surprising longing... 2 Mazraoui as the first new signing: FC Bayern is working... 3 Wimbledon shock, season off: was that it, Roger Federer? 4 Team boss raves about the professional cyclist: For... 5 Concussion in Araujo: All clear for Barça professional... 6 "I'm satisfied with my performance":... 7 The club icon ignores the celebration order: The handball... 8 Salihamidžić vs. Nagelsmann: "Simmering"... 9 Because he is there himself...: "Human rights... 10 Press comments on Haaland change: "It's... 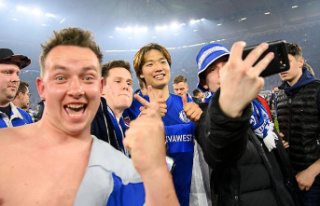