Mazraoui as the first new signing: FC Bayern is working on its way back to the world elite

FC Bayern has landed its first new signing for the new season: Noussair Mazraoui is coming to Munich from Ajax Amsterdam. 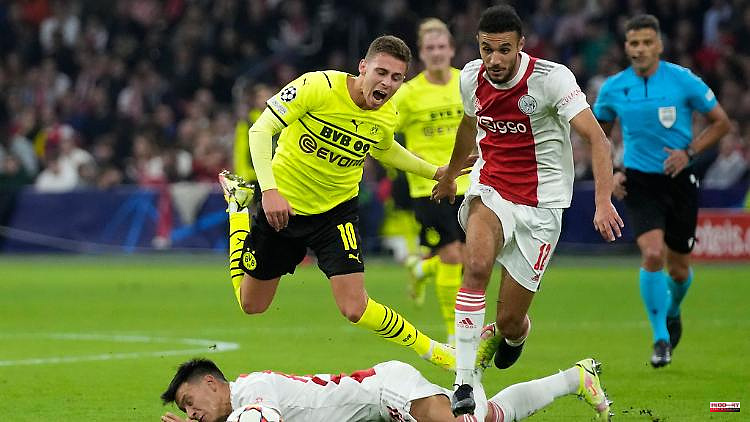 FC Bayern has landed its first new signing for the new season: Noussair Mazraoui is coming to Munich from Ajax Amsterdam. A teammate of his, a Leipzig midfielder and a Stuttgart defender are said to be other candidates. Can Bayern attack big again?

FC Bayern Munich signs Noussair Mazraoui as the first new signing for the coming season. As the "Kicker" reports, the German soccer champion and the 24-year-old defender have agreed on a four-year contract until June 30, 2026. The Moroccan international's arrival has been in the offing for some time. He is free of charge as his contract in the Netherlands expires this summer.

Bayern sporting director Hassan Salihamidžić confirmed the report, subject to final details to be clarified. "We're on our last legs. It looks very good," he told "Münchner Merkur" or "tz": "He's the type of player that was wanted by all of Europe. We're very happy that he has decided to go with us in the next few years. There are still things to be done. But he is a player who will help us and strengthen our team."

After Borussia Dortmund's transfer offensive, Bayern coach Julian Nagelsmann can now plan his first signing for the new season. BVB had brought national defender Niklas Süle from Munich, Nico Schlotterbeck (SC Freiburg) and Karim Adeyemi (RB Salzburg), which is opposed to the expected departure of Erling Haaland to Manchester City. Nagelsmann had admitted "a few construction sites" in the Bayern squad. He wouldn't mind "if we bought one or two counter-pressing machines," as the 34-year-old said with a wink. He hopes for new stimulus points in the squad so that the German record champions can also be successful internationally again.

In addition to Mazraoui, his teammate Ryan Gravenberch is also set to move from Amsterdam to Munich. The clubs still have to agree on a transfer fee. The 19-year-old midfielder is under contract with Ajax until 2023. According to “Sport Bild”, Borna Sosa (24) from VfB Stuttgart and Konrad Laimer (24) from RB Leipzig should also be on Nagelsmann’s wish list.

Mazraoui could close the gap on the right side of defence, where Bayern have been looking for a convincing personnel solution since Hansi Flick's days as coach. World champion Benjamin Pavard, who also plays on the right in the French national team, has been pushing into central defense for a long time. A commitment from Mazraoui allows Nagelsmann to plan more in the center of defense with Pavard.

The "Sport Bild" also reports on a "tense relationship" between Nagelsmann and Salihamidžić. It is "above all about different expectations and opposing views in the formation of the squad". Even with Nagelsmann's predecessor Flick, there had been differences between him and the sports director on squad issues.

Salihamidžić recently pointed out the budget challenges. "We don't have an infinite amount of money. We extended some contracts. We tried to keep the core of the team," said Salihamidžić and explained with a view to additions: "We have to see what's possible. We want to be creative and have ideas."

1 Wimbledon shock, season off: was that it, Roger Federer? 2 Team boss raves about the professional cyclist: For... 3 Concussion in Araujo: All clear for Barça professional... 4 "I'm satisfied with my performance":... 5 The club icon ignores the celebration order: The handball... 6 Salihamidžić vs. Nagelsmann: "Simmering"... 7 Because he is there himself...: "Human rights... 8 Press comments on Haaland change: "It's... 9 There must always be more: UEFA's questionable... 10 Suns with a long NBA home series: Mavericks after... 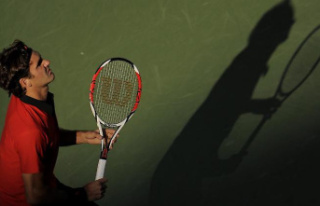 Wimbledon shock, season off: was that it, Roger Federer?