Paul Pogba has not found happiness at Manchester United. 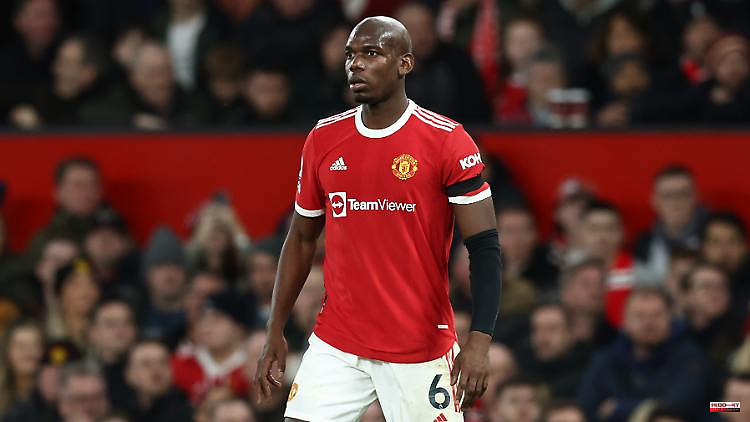 Paul Pogba has not found happiness at Manchester United. His contract expires. According to a media report, Bayern Munich is also courting the services of the 29-year-old. The German champions have competition in Juventus, among others. Pogba had his best time there so far.

The German champions FC Bayern have reportedly entered the bidding race for the French soccer world champion Paul Pogba. As the Italian daily newspaper "Gazzetta dello Sport" reports, Munich and Paris Saint-Germain are said to have already made an offer. But Juventus should also be very interested, as the "Gazzetta" wrote. The midfield star had his best time with Turin between 2012 and 2016 before moving to Manchester United.

Pogba's contract at Man United is up. The Frenchman was never really convincing with the English record champions and was often injured. At FC Bayern it had become known that full-back Noussair Mazraoui was signed by Ajax Amsterdam as the first new signing in the summer. As the "Kicker" reports, Munich and the 24-year-old defender have agreed on a four-year contract until June 30, 2026. The player comes on a free transfer.

In addition to Mazraoui, his teammate Ryan Gravenberch is also set to move from Amsterdam to Munich. The clubs still have to agree on a transfer fee. The 19-year-old midfielder is under contract with Ajax until 2023. According to “Sport Bild”, Borna Sosa from VfB Stuttgart and Konrad Laimer from RB Leipzig should also be on coach Julian Nagelsmann’s wish list.

1 Munich, Stuttgart, Frankfurt: Germany plays in the... 2 Celebrating players inspire: The surprising longing... 3 Mazraoui as the first new signing: FC Bayern is working... 4 Wimbledon shock, season off: was that it, Roger Federer? 5 Team boss raves about the professional cyclist: For... 6 Concussion in Araujo: All clear for Barça professional... 7 "I'm satisfied with my performance":... 8 The club icon ignores the celebration order: The handball... 9 Salihamidžić vs. Nagelsmann: "Simmering"... 10 Because he is there himself...: "Human rights... 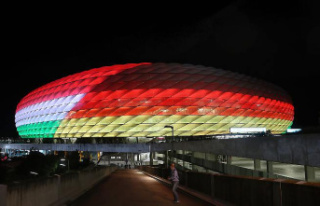