The National Police have arrested two young people, aged 21 and 31, in the Alicante town of Elda for allegedly sexually abusing several girls with touching during the celebration of the Moors and Christians festival in the municipality. 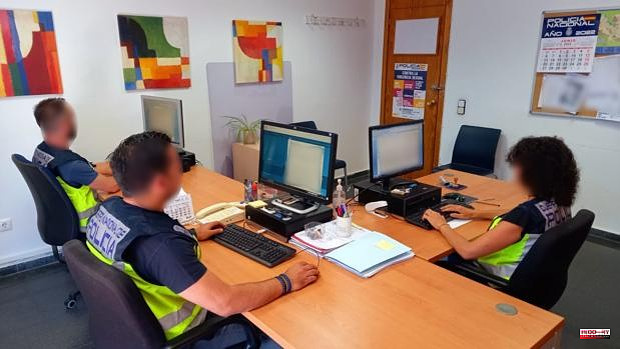 The National Police have arrested two young people, aged 21 and 31, in the Alicante town of Elda for allegedly sexually abusing several girls with touching during the celebration of the Moors and Christians festival in the municipality. So far, eight victims have been located, three of them minors.

The action of the agents began after the call to 091 of several young women who reported how two boys had approached them when they were partying and had hugged them and touched their private parts and breasts without their consent, in addition to trying to kiss them

The reported events occurred around 03:40 in the morning of June 6 and, immediately, several personnel from the Elda National Police Station went to the scene, which, following the instructions of the complainants, managed to locate in the vicinity to one of the presumed aggressors who was detained right there.

That same night, shortly after, while the agents were at the police station carrying out the pertinent police procedures with the detainee, again another young woman called 091 reporting that a man had touched her private parts after grabbing her and trying to kiss her without her consent. Will.

Agents of the National Police who were in the vicinity came and managed to locate and arrest this person, who turned out to be the other young man who had not been located in the previous attack.

Once at the police station, the victims were treated by the specialist agents of the Family and Women's Unit (UFAM) of the Judicial Police Brigade of the Elda-Petrer National Police Station, who were in charge of the investigation. .

After taking statements from the victims, the agents realized that the night before, on June 5, other young women had filed a complaint for similar acts and that the characteristics of one of the alleged perpetrators denounced fully coincided with one of the detainees. .

The UFAM agents summoned the victims and, after taking their statements again, charged the arrested person with these crimes as well.

The National Police continues to investigate whether there could be more victims of similar events that have not yet been reported. To date, eight have been located, three of them minors, details this security body in a statement.

The detainees, of Moroccan nationality, have been made available to the Court of Instruction of the Guard of the town of Elda this Wednesday.

1 The ex-consul of Finland in Barcelona arrested for... 2 At least 25 people injured after the collapse of a... 3 Bolsonaro doubts that Biden won the elections before... 4 Artist Paula Rego dies at 87 5 Rufián triggers the tension between the independence... 6 This is the Leopard, the German tank that Spain wants... 7 They save the life of a driver who suffered a heart... 8 They arrest a woman in Valencia for the "constant"... 9 113 immigrants arrive in the Balearic Islands aboard... 10 Madrid will launch a Cybersecurity Agency after doubling... 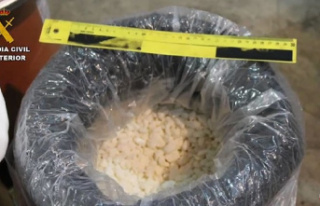 The ex-consul of Finland in Barcelona arrested for...