The Algerian route to the Balearic Islands is still active. 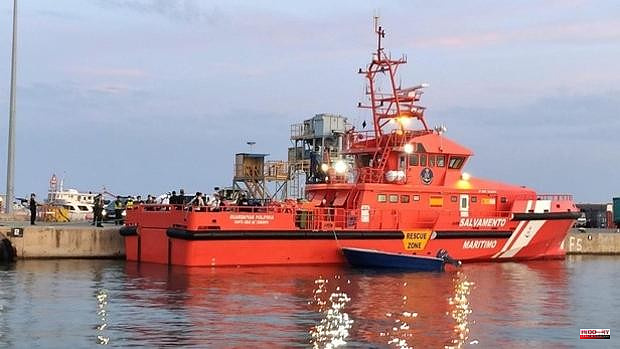 The Algerian route to the Balearic Islands is still active. This Wednesday, 113 people arriving in six different boats have been intercepted, three of them to Mallorca, two to Cabrera and one to Formentera. This is the highest number of immigrants in one day so far this year. The vast majority of immigrants are men and are in good health, although three women have been located on the third boat arriving in the south of the island this morning.

According to information released by the Government Delegation in the Islands, the first boat was located tonight at 02:10 am with 17 men in waters south of the island of Cabrera.

In the same place, at 0350 hours, another 20 men of the same nationality were rescued. Both vessels were previously sighted by the Integrated External Surveillance System (SIVE) and the Provincial Maritime Service and Maritime Rescue intervened.

To these 37 immigrants who arrived in two small boats this morning in Cabrera, there are another 49 who have been located this morning. At 0730 hours, 17 people who came ashore at the port of Colonia de Sant Jordi, including four women, were intercepted. Citizen security patrols from the Manacor company and citizen security patrols from the Llucmajor main post intervened in the event.

Half an hour later, 18 people of North African origin entered in apparent good health. The incident occurred on land on the Can Curt beach, also in the municipality of Colonia de Sant Jordi, and the same patrols intervened as in the boat that arrived earlier.

Subsequently, at 11:10 a.m., there was another irregular entry through the territorial sea, specifically of 14 people of North African origin in apparent good health, in the Cap Blanc area. The Provincial Maritime Service and Maritime Rescue intervened.

The last of the boats arrived at 12:30 p.m. 27 people of North African origin have entered the Es Calò beach area in Formentera irregularly. All are in good health and were sighted by a fishing boat. A patrol from Formentera intervened.

The immigrants have been transferred to the police stations to pass the usual controls and protocols. They will remain detained for a maximum of 72 hours before being released with an open return file, which cannot be executed because Algeria keeps the border closed.

The Police are preparing for a "hot summer" and finalizing a space to locate these immigrants when there is a massive entry. The old Son Tous barracks in Palma will become a temporary reception point for illegal immigration starting in July. The Balearic Government has ceded this space, where 15 prefabricated modules with electricity and running water are already set up and with the capacity to accommodate up to 200 people. In case of dire need, tents will also be pitched.

1 Madrid will launch a Cybersecurity Agency after doubling... 2 Official from Ukraine pleads for EU candidate status... 3 Thai police sentenced for the murder of a drug suspect... 4 Telefónica opens the deadline for its employees to... 5 Belgian king begins Congo visit; awards WWII veteran... 6 Nadal's medical report after undergoing treatment... 7 The commons campaign against the Winter Games while... 8 Health adds four new rare diseases to newborn screening... 9 The PP avoids the disapproval of García Gallardo... 10 Mélenchon's leftist alliance is hot on Macron's... 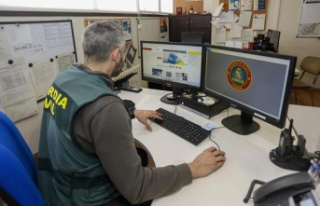 Madrid will launch a Cybersecurity Agency after doubling...