This is the Leopard, the German tank that Spain wants to send to Ukraine

Ukraine needs more weapons to win the war against Russia. 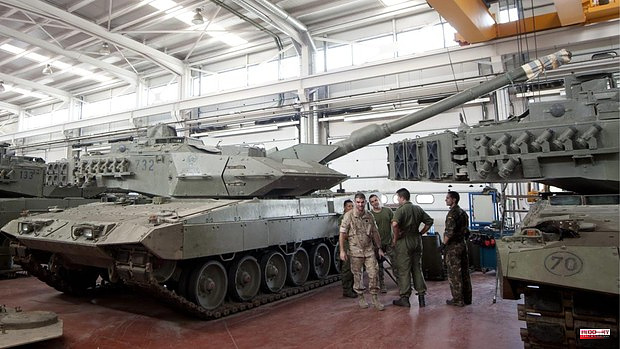 Ukraine needs more weapons to win the war against Russia. It is the premise that President Volodímir Zelensky has been repeating in all his virtual appearances. In Spain it was no different. On April 5, the Ukrainian leader demanded more military aid before the Congress of Deputies. Pedro Sánchez promised on his part to support "in everything we can."

That help could take the form of possibly sending 'Leopard' battle tanks to Ukraine. Although this possible delivery has been left very much up in the air due to the discomfort aroused in the German Government of Olaf Scholz.

This type of tank, whose full name is Leopard 2A4, is German-made and was developed by the German arms company Krauss-Maffei-Wegmann in the early 1970s.

It is an evolution of the Leopard 1, a tank that joined the ranks of the German Army in 1965. Its most recent version is the Leopard A7, possibly the most technologically advanced tank today.

Its weight in combat order is 55 tons. Its measures of 9.97 meters in length, a width of 3.75 meters and 3 meters in height allow a capacity for four people. She reaches a maximum speed of 72 kilometers per hour and, although it depends on the circumstances of the terrain and the type of driving, her autonomy is around 500 kilometers.

In the weapons section, the Leopard 2 A4 has a 120-millimeter cannon and smooth bore and two 7.62-mm MG machine guns. Its armor consists of 13 and 110 mm steel sheet.

The first Leopard 2 A4 tanks arrived in Spain in 1998 after an agreement with the German government, with Helmut Kohl as chancellor, in 1995. They were delivered to the mechanized brigades in Córdoba and Badajoz and to the Zaragoza training unit. At first, it was considered to use them as sapper and bridge launch vehicles, although this idea was completely ruled out due to lack of budget.

It is estimated that in Spain, specifically at the Army base in Zaragoza, there are a total of 53 Leopard 2 A4s whose destination could be on the Ukrainian front.

1 They save the life of a driver who suffered a heart... 2 They arrest a woman in Valencia for the "constant"... 3 113 immigrants arrive in the Balearic Islands aboard... 4 Madrid will launch a Cybersecurity Agency after doubling... 5 Official from Ukraine pleads for EU candidate status... 6 Thai police sentenced for the murder of a drug suspect... 7 Telefónica opens the deadline for its employees to... 8 Belgian king begins Congo visit; awards WWII veteran... 9 Nadal's medical report after undergoing treatment... 10 The commons campaign against the Winter Games while... 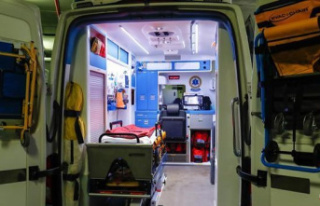 They save the life of a driver who suffered a heart...