Yet another controversy served among the ranks of the independence movement, at the cost of some statements by the ERC spokesman in Congress, Gabriel Rufián, who has branded former president Carles Puigdemont a "moron" for having unilaterally declared the independence of Catalonia in 2017. 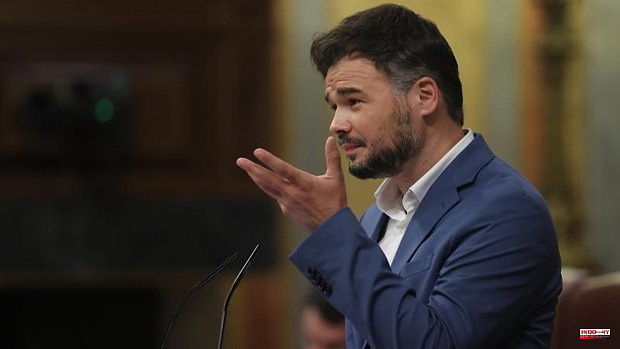 Yet another controversy served among the ranks of the independence movement, at the cost of some statements by the ERC spokesman in Congress, Gabriel Rufián, who has branded former president Carles Puigdemont a "moron" for having unilaterally declared the independence of Catalonia in 2017. His criticism, which is not the first against the escaped former leader and which he has tried to qualify shortly after, has outraged the front page of Junts but also the leaders of his own formation and even the Catalan president, Pere Aragonès, has demanded a rectification.

«I'm sure I've gone too far, like many people... To say that you haven't screwed up on the internet at some point is lying. To say that independence was proclaimed because of a tweet of mine is stupid.

In any case, the moron is the one who proclaimed it, not the one who makes a tweet," commented the Republican during an interview on TV3 in which he was asked about his award for best 'Parliamentary 2.0', which was awarded yesterday by the Association of Parliamentary Journalists ( APP) and in which he referred to his controversial interventions in social networks.

Rufián's controversial statements made reference to the fact that on October 26, 2017, when it seemed that then President Carles Puigdemont would call elections instead of proclaiming independence, Rufián himself published a tweet saying '155 silver coins', which some interpreted as pressure to declare independence.

The phrase has gone viral in a short time. Junts' spokesman, Josep Rius, has asked the ERC to "stop all attacks" against Puigdemont. “He has crossed all the red lines. These statements are part of a style of doing politics that is totally contemptible, inadmissible and that must be chased away," said Riu, who considered that Rufián's words are "attacks against Puigdemont, against the entire exile community, including the ERC general secretary , Marta Rovira, and the voters of 1-O».

The controversy has reached the Parlament, where the control session of the Government is being held. There, the president of the group, Albert Batet, has asked Aragonès if he shares these statements and in which he has snapped that "enough is enough." «I disagree and do not share them in any case. I am convinced that they will have an explanation, if not a correction”, said Aragonès, who has shown his utmost respect to all those who have fought for independence.

All this has led Rufián himself to specify his words, which he has said from the corridors of the Congress of Deputies that "they have been taken out of context" and that they have been "unfortunate" since what he wanted to say "I have said worst of ways." He has also apologized on networks: «He was talking about the Spanish mantra that has been saying for five years that the independence of Catalonia was proclaimed by a tweet. The idea that it happened because of a tweet and not because of the will of the people is absurd. I'm sorry if I haven't been able to explain myself », he commented.

His apologies have not convinced many, who have further intensified their criticism of Rufián on networks. "It is clear what you have said", "if ERC does not make him resign, they are the same" or "you have overstepped the brakes" have been some of the comments seen on social networks, along with insults such as "clown" or " impolite".

1 This is the Leopard, the German tank that Spain wants... 2 They save the life of a driver who suffered a heart... 3 They arrest a woman in Valencia for the "constant"... 4 113 immigrants arrive in the Balearic Islands aboard... 5 Madrid will launch a Cybersecurity Agency after doubling... 6 Official from Ukraine pleads for EU candidate status... 7 Thai police sentenced for the murder of a drug suspect... 8 Telefónica opens the deadline for its employees to... 9 Belgian king begins Congo visit; awards WWII veteran... 10 Nadal's medical report after undergoing treatment... 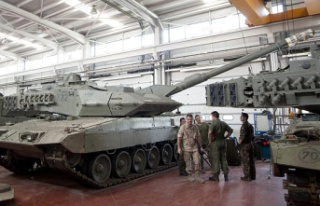 This is the Leopard, the German tank that Spain wants...