Portuguese painter Paula Rego, former partner of Francis Bacon and Lucien Freud, has died at the age of 87. 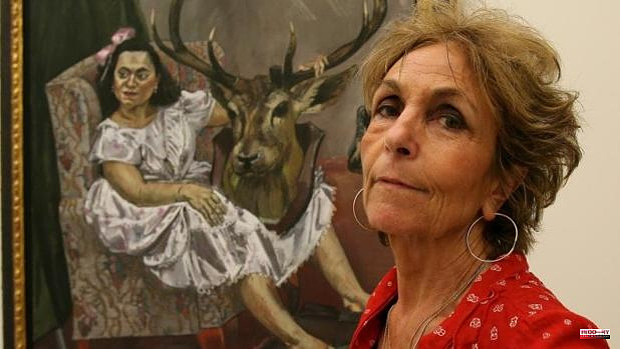 Portuguese painter Paula Rego, former partner of Francis Bacon and Lucien Freud, has died at the age of 87. She currently had an exhibition at the Picasso Museum in Malaga.

Born under the dictatorship of António de Oliveira Salazar, her parents, anti-fascists and Anglophiles, wanted their daughter to live in a liberal country, and at the age of 16 they enrolled her in a girls' school in Kent (England). The contemporary art gallery Victoria Miro, based in London, has confirmed the news, according to EP. “It is with immense sadness that we announce the passing of artist Paula Rego. She died peacefully this morning, after a short illness, at her home in north London, surrounded by her family.

Our sincerest thoughts are with them," they said in a statement.

Rego's career is full of recognitions. In 1990 she was appointed the first Associate Artist of the National Gallery in London. She has been honored with numerous retrospective exhibitions, including the one at Tate Liverpool in 1997, the one at the Museo Nacional Centro de Arte Reina Sofía in Madrid in 2007, the one at the Museo de Arte Contemporáneo de Monterrey and the one at the Pinacoteca do Estado de São Paulo in 2010-2011, and that of the Musée de l'Orangerie in Paris in 2018.

In 2009, a museum dedicated to her works was inaugurated, the Casa das Histórias Paula Rego in Cascais (Portugal). In 2017 the documentary 'Paula Rego, Secrets and Stories' was released, directed by her son Nick Willing, and there is currently an exhibition of the artist at the Picasso Museum in Malaga. Rego lived and worked in London.

1 Rufián triggers the tension between the independence... 2 This is the Leopard, the German tank that Spain wants... 3 They save the life of a driver who suffered a heart... 4 They arrest a woman in Valencia for the "constant"... 5 113 immigrants arrive in the Balearic Islands aboard... 6 Madrid will launch a Cybersecurity Agency after doubling... 7 Official from Ukraine pleads for EU candidate status... 8 Thai police sentenced for the murder of a drug suspect... 9 Telefónica opens the deadline for its employees to... 10 Belgian king begins Congo visit; awards WWII veteran... 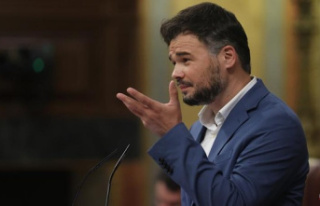 Rufián triggers the tension between the independence...