The 'Mocromafia', a group of criminal organizations dedicated to drug trafficking distributed throughout Europe and based in the Netherlands, continues to kill people, also in Spain. 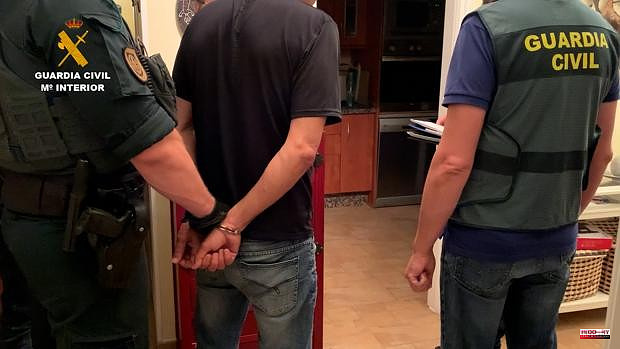 The 'Mocromafia', a group of criminal organizations dedicated to drug trafficking distributed throughout Europe and based in the Netherlands, continues to kill people, also in Spain. The Civil Guard has arrested five members of this powerful mafia for the murder of one of its members last January in Chiclana (Cádiz). The victim Ebrahim Buzhu -of Dutch nationality and Moroccan origin-, who was nicknamed 'the Butcher' was found with a shot in the head.

The detainees executed their victim with a shot to the head motivated by a settling of accounts related to drug trafficking. Then, they moved the vehicle in which they had traveled to another point in the town to set it on fire, with the intention of erasing evidence.

'The Butcher' had traveled with another of those now detained from the Netherlands days before by car because he had tested positive for Covid and was unable to catch a plane. They arrived at the Costa del Sol to prepare the shipment of a shipment of hashish and from there they went to Chiclana.

In that place, two assassins were waiting for them, who had come expressly to execute Buzhu, who had testified against one of the leaders of the 'Mocromafia', now imprisoned. The executors were in collusion with the victim's companion and all were related to a powerful drug trafficking case. 'El Carnicero' had a very long criminal history.

The investigators have carried out searches and arrests in Chierry (France), Benalmádena and Alahurín el Grande (Málaga), and Guadiaro, San Martín del Tesorillo and Chiclana de la Frontera (Cádiz), in collaboration with the Dutch judicial and police authorities. and France.

In charge of the Organic Unit of the Judicial Police, the investigation began in the two scenarios with a detailed ocular inspection, where the body appeared, and the place where the car was found.

The fact of moving the used vehicle to another place in the town and setting it on fire also revealed to the investigators that they were dealing with true crime professionals.

The victim carried out activities related to hashish trafficking between the Costa del Sol, Holland and France. Precisely, the authors of the murder moved from Holland to Malaga where they rented the vehicle that was later burned.

After identifying and locating each one of those involved in the execution, the civil guards assigned the role played in the organization to each of the targets, and proceeded to arrest them, seizing numerous mobile terminals, documentation and computer material of great interest to the investigated facts.

Two of the detainees are considered perpetrators of murder, belonging to a criminal organization, illegal possession of weapons and damages. The other three detainees are accused of concealment.

The Stoom operation has been carried out by the Organic Unit of the Judicial Police of the Civil Guard of Cádiz, with the support of various Units of the Commanders of Cádiz, Algeciras and Málaga in addition to the Technical Unit of the Judicial Police, Action Group Quick, supervised by the head of the Chiclana Mixed Court No. 1 and coordinated with the Cádiz Prosecutor's Office. The investigation has been carried out with the collaboration of Europol, as well as the judicial and police authorities of France and the Netherlands.

1 Biden announces that the US will strengthen its military... 2 Regulated natural gas rates rise 10.4% on average... 3 Calviño, a month and a half ago: "Everything... 4 The Venta del Moro forest fire no longer has a flame... 5 A "blind" shot keeps the wounded guard in... 6 Police rule out that the attack on a shopping center... 7 The summer effect dissipates: unemployment falls by... 8 The artificial intelligence that hunts the thief by... 9 The cosmetic industry applies a sustainability treatment 10 Montero intends to limit the mobility and promotion... 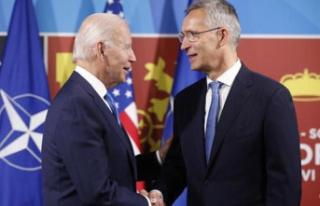 Biden announces that the US will strengthen its military...