The artificial intelligence that hunts the thief by his gestures

The trade, whether large stores or retailers, is continually faced with the fight against theft, something much more common than is normally thought. 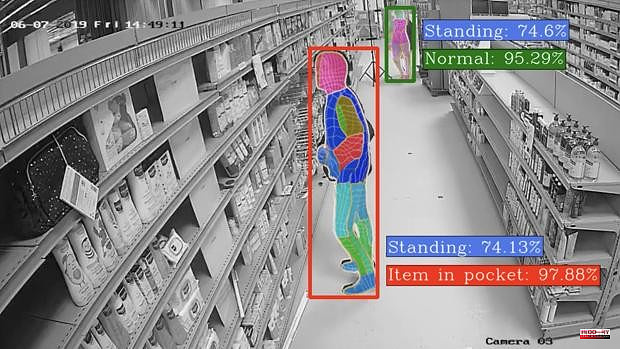 The trade, whether large stores or retailers, is continually faced with the fight against theft, something much more common than is normally thought. "Supermarkets lose 1.5% of their products due to theft and theft and 80% of the thieves who go unpunished will be repeat offenders," explains Pablo Blanco, country manager of Veesion in Spain and Latin America. This startup has a novel system based on artificial intelligence and machine learning to recognize gestures in real time in video content and thus stop theft. Its technology allows automatic detection of theft behaviors, applying the algorithm in the security cameras.

Created in Paris in 2018 by two young French people from their final master's project, it has been operating in Spain since the beginning of the year.

“We spent about three years developing the product, because it is complex. When it was marketed in France, it worked very well, especially in supermarkets such as Carrefour and Intermarché. From there we began to reach other countries such as Germany, Belgium, Holland, Portugal and Spain”, explains Blanco. In these first months in our country they have quickly positioned themselves and have already installed their product in more than 350 stores, especially supermarkets, cosmetics stores, pharmacies and jewelers.

Veesion installs software for its customers that connects to the store's internet router and this in turn is linked to the cameras that the establishment has installed. “It analyzes the gestures of the clients and when there are movements compatible with theft, it notifies”, explains the person in charge. One of the aspects that the company wants to highlight is that its technological solution “does not discriminate based on race, height or age. Facial and biometric recognition is prohibited in Europe, so it only analyzes people's gestures, but it cannot identify you," explains Blanco. «We detect the classic theft of putting something in a pocket, consuming inside, taking things in the baby stroller or keeping them in the fanny pack. There are people who make a purchase of 100 euros, but in turn steal something, "explains the manager.

The first weeks in which they install their solution "we have stopped between 10 to 15 thefts per week in supermarkets." For surfaces, it is a great help since normally only 5% of thefts are detected, of which one in two is committed by a regular customer. “Between 65 and 70% of software alerts are real thefts,” Blanco points out. Thanks to this technology, establishments are managing to reduce their unknown loss by more than 60%.

With more than one million euros of turnover in 2021, Veesion wants to triple the number of clients throughout 2022. With their first round of financing, of 10 million euros, they focused on international expansion and are now looking for a second round to enter the US

1 The cosmetic industry applies a sustainability treatment 2 Montero intends to limit the mobility and promotion... 3 Companies do not throw in the towel with algae as... 4 The shared bike business picks up pace 5 The drought of agricultural engineers cracks the future... 6 Kiss: the goodbye of a legendary group 7 Castilla-La Mancha has 138,396 unemployed, 40,236... 8 More than 4,700 Castilians and Leonese leave the strike... 9 The Generalitat Valenciana warns of the “worrying”... 10 Belarra demands more social spending in the Budgets... 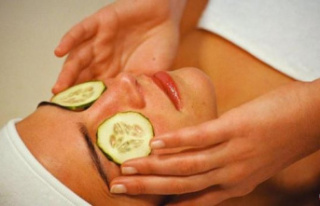