The fire declared this Sunday afternoon in Venta del Moro (Valencia) is evolving favorably, although on the morning of this Monday, July 4, it has not been considered controlled, according to the diagnosis of the firefighters. 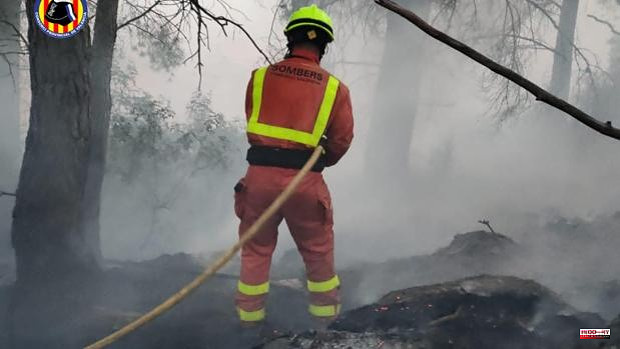 The fire declared this Sunday afternoon in Venta del Moro (Valencia) is evolving favorably, although on the morning of this Monday, July 4, it has not been considered controlled, according to the diagnosis of the firefighters.

As reported by '112 Comunidad Valenciana', during the night of this Sunday there has been some reproduction and part of the perimeter is active but the evolution is good. In addition, it no longer has a flame.

During the night, two crews and forestry brigades from Tuéjar, Enguera, Castielfabib and Serra from the Firefighters Consortium worked on the fire; six units of forest firefighters from the Generalitat and three fire engines, as well as volunteers from Cofrentes.

This moon has been incorporated into the air media operations and at 9:00 am another heliport brigade is planned.

The fire, which started around 3:30 p.m. near kilometer 34.5 of the CV-455, in Venta del Moro, forced this Sunday to activate situation 1 of the Special Plan Against the Risk of Forest Fires (PEIF) and to vacate the Farm of the place of Tochar.

PEIF alert level 1 is established when an emergency situation caused by one or several forest fires that in their foreseeable evolution may seriously affect forest assets or slightly affect the population and assets of a non-forest nature, for whose extinction may be necessary to incorporate extraordinary means.

1 A "blind" shot keeps the wounded guard in... 2 Police rule out that the attack on a shopping center... 3 The summer effect dissipates: unemployment falls by... 4 The artificial intelligence that hunts the thief by... 5 The cosmetic industry applies a sustainability treatment 6 Montero intends to limit the mobility and promotion... 7 Companies do not throw in the towel with algae as... 8 The shared bike business picks up pace 9 The drought of agricultural engineers cracks the future... 10 Kiss: the goodbye of a legendary group 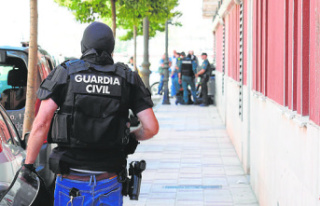 A "blind" shot keeps the wounded guard in...