Danish police said on Monday that Sunday's attack at a shopping mall in the capital Copenhagen was not an act of terrorism, before adding that the suspect had a psychiatric record. 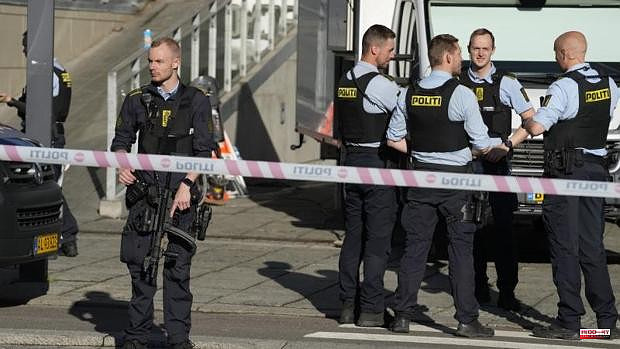 Danish police said on Monday that Sunday's attack at a shopping mall in the capital Copenhagen was not an act of terrorism, before adding that the suspect had a psychiatric record. The event resulted in at least three deaths and four injuries, reports Ep.

"There is nothing to suggest that this is an act of terrorism," said Copenhagen Police Chief Inspector Soren Thomassen. “Our assessment is that these are randomly chosen victims,” he indicated, while stressing that the suspect would have prepared the attack, without the motives being known at the moment.

Likewise, Thomassen has highlighted that during the last hours the Police have carried out several operations related to the incident, which took place in the Fields shopping center.

“We have worked all night. We have made records and analyzed documents, ”said the head of the Copenhagen Police, who has pointed out that the suspect would have acted alone.

"From the looks of it, he acted alone," he said. Thomassen has also detailed that the three deceased are two 17-year-old Danish citizens and a 47-year-old man of Russian nationality and resident in Denmark. Among the four injured, in critical condition, there are two Danes and two Swedes, including a 16-year-old teenager, according to the Danish newspaper 'Jyllands Posten'. The injured are two Danes aged 19 and 40 and two Swedes, a 50-year-old man and a 16-year-old teenager.

Danish Prime Minister Mette Frederiksen described the event as a "brutal attack" and called on the population to remain united and offer support, according to the newspaper 'Berlingske'. "It's incomprehensible, heartbreaking, pointless. Our beautiful and safe capital has changed in a fraction of a second," said Frederiksen, who thanked the security forces, medical personnel and all those who have provided help.

The suspected gunman, a 22-year-old Dane, has a psychiatric history, police said Monday. The police consider the videos of the suspect that have been circulating since Sunday night on social networks to be authentic, Thomassen said.

In these he is seen posing with weapons, imitating suicide gestures or referring to a treatment with a drug prescribed by a psychiatrist "that does not work". The suspect's YouTube and Instagram accounts were closed overnight, AFP found.

1 The summer effect dissipates: unemployment falls by... 2 The artificial intelligence that hunts the thief by... 3 The cosmetic industry applies a sustainability treatment 4 Montero intends to limit the mobility and promotion... 5 Companies do not throw in the towel with algae as... 6 The shared bike business picks up pace 7 The drought of agricultural engineers cracks the future... 8 Kiss: the goodbye of a legendary group 9 Castilla-La Mancha has 138,396 unemployed, 40,236... 10 More than 4,700 Castilians and Leonese leave the strike... 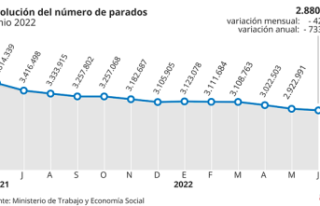