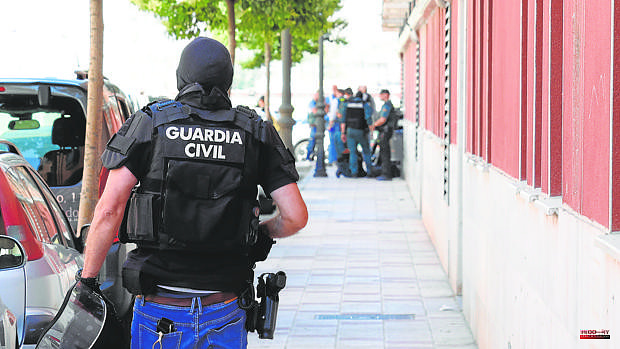 "Blindly". From inside the home where he remained entrenched and with the door closed. Without seeing, he hit the target. This is how Pablo A. S., known as 'Chiqui,' fired the high-caliber rifle with the seriously wounded, with a shot to the head, at Lieutenant Colonel Pedro Alfonso Casado, head of the Special Intervention Unit (UEI) of the Civil Guard , who since Friday morning has been admitted to the Clinical Hospital of Valladolid in critical condition. Hours before, around 1:45, he had fired a deadly shot in the stomach of Dionisio and they began more than twelve hours entrenched in a block of the same building on Alfredo Martín de Santovenia de Pisuerga street (Valladolid) claiming to have hostages with him.

The veteran agent, who had arrived from Valdemoro (Madrid) around 7:00 to take charge of the case, has passed the first 48 hours after undergoing surgery. He is still in serious condition after the large-caliber projectile hit his head and pierced the technical helmet of the uniform of this elite Meritorious unit. Although the medical team considers it "a good sign" that this time has passed and Perico, as he is known in the Corps, remains "stable", as reported yesterday from the Government Delegation in Castilla y León. As soon as he was hit by the bullet, he was rushed to one of the ambulances that were at the scene and operated on for two hours. He came out of surgery and has been in the ICU ever since.

The bullet that has the lieutenant colonel between life and death was at least the third that came out in that tense morning from the weapon - for which he did not have a license - wielded by Chiqui, although he also tried to shoot the son of the fatal victim, but he got jammed. The first took the life of his "lifelong" friend, until personal and family relationships began to strain to an extreme that ended in the early hours of Thursday to Friday, leaving a trail of blood and the threat that "This is not over here." "Your daughters are going to die!" Dionisio's relatives and friends uttered when they saw how shortly after 2:00 p.m. on Friday, several Civil Guard vehicles began to leave and it meant that the alleged murderer was inside: " And let them take him alive!?

Finally, Chiqui surrendered to the Civil Guard, "without putting up any resistance." He did it after more than twelve hours entrenched. At around 1:00 p.m. he released one hostage, although he made believe that he had another. The negotiation was long and complicated, both through the mobile phone and through the door. And in the middle of which another detonation was heard inside the building around 6:30 am. The team led by Lieutenant Colonel Pedro Alfonso Casado was already on its way to lead the operation. The alleged author of the shots had no intention of giving up his attitude, using another person as a shield as a hostage, who when he left was confirmed to be the boyfriend of one of his daughters. He was "very upset", the Civil Guard who was moving during that time has pointed out. He attributed it "to the lack of narcotics that he consumed on a regular basis." He asked for "heroin", they commented on the tense Friday morning around the wide security perimeter.

On Saturday morning, when he was already in court to be questioned once the Benemérita brought him to justice, Chiqui -who has numerous criminal records for drug trafficking, threats and robbery, among other crimes- had to be transferred for a few hours to the hospital to receive medical attention. Late at night, the duty judge decreed his entry into prison, communicated and without bail, as the alleged perpetrator of the crimes of murder, attack, illegal detention and illegal possession of weapons.

The bloody day began the day before, motivated by the accusation of the flat tire of the present criminal's car, which escalated to blows around 11:30 p.m. with a "riotous" brawl between the families of the victim and murderer "armed with sticks" Dionisio and his wife ended up in the hospital, on their return, when the agents were still in the area making arrangements for the brawl, the first shot was heard. Inside the portal, the bloodied body of Dionisio, who underwent unsuccessful cardiopulmonary resuscitation. Chiqui fled, took refuge in one of the floors and began the fateful twelve hours for which Lieutenant Colonel Pedro Alfonso Centeno is seriously ill in the ICU after suffering a bullet to the head.

1 Police rule out that the attack on a shopping center... 2 The summer effect dissipates: unemployment falls by... 3 The artificial intelligence that hunts the thief by... 4 The cosmetic industry applies a sustainability treatment 5 Montero intends to limit the mobility and promotion... 6 Companies do not throw in the towel with algae as... 7 The shared bike business picks up pace 8 The drought of agricultural engineers cracks the future... 9 Kiss: the goodbye of a legendary group 10 Castilla-La Mancha has 138,396 unemployed, 40,236... 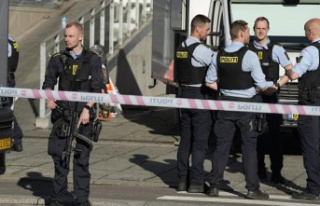 Police rule out that the attack on a shopping center...