The Zaragoza Provincial Council (DPZ) has launched the second edition of En Torno al Agua, the cultural cycle in which music and nature go hand in hand to enjoy the summer nights in the spa area of ​​the province. 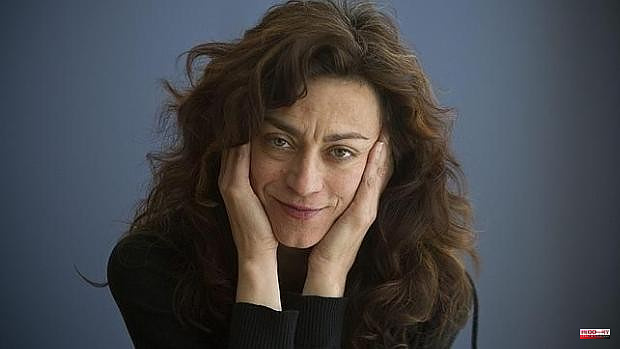 In Torno al Agua is a cultural proposal that combines art, nature, hydrotherapy and tourism around music and privileged settings in the municipalities of Jaraba, Ateca, Ibdes, Nuévalos, Alhama de Aragón and Paracuellos de Jiloca, towns closely linked to the spas, engines for the development of the area that mean a joint focus of attention for these very special corners of the Community of Calatayud region.

«With this second cycle of En Torno al Agua we seek that music, as an exponent that flows like water, goes hand in hand with nature and heritage in an environment as wonderful and full of charm as the spa area. of the province", highlighted the Deputy Delegate for Culture of the Zaragoza Provincial Council, Ros Cihuelo, who at the same time stressed the "decisive" commitment of the provincial institution to culture, highlighting the importance of the sector in the worst moments of the pandemic.

During the presentation of the cycle, in which the programmer of the event, Toño Monzón, also participated, the Deputy Delegate for Culture of the Zaragoza Provincial Council highlighted "the intimate atmosphere" of the concerts, since, she pointed out, "throughout the day the artists get involved with neighbors and tourists to create an intimate environment to open up all the senses from their art and your talent».

The concerts are held in charming, special places in the five municipalities. In Jaraba the spa of the Virgin, in Ibdes the school recess, in Nuévalos a central corner of the municipality itself such as the tower, in Alhama de Aragón in the Plaza Joaquín Costa, in Ateca the Plaza España and Paracuellos de Jiloca the enclosure sports.

The participating musicians and artists mix throughout the days with neighbors, visitors and friends from other nearby towns and tourists from the spas, creating an intimate atmosphere and a close atmosphere throughout the musical performances. Voice and music are perfect conductors, elements that unite and bring art closer to all types of audiences.

Art, sports, music, tourism, gastronomy, thermalism, all united makes this cultural proposal emerge year after year in these enclaves of the province with much to offer.

Carmen Paris, 'Paris at the piano': Friday, July 1 at 11:00 p.m. in Plaza Afán de Rivera de Jaraba. An intimate, close show, where Carmen Paris does not hide or keep anything. It is a moment of sincerity and connection with the public. Carmen knows our music and our roots like few others and masterfully combines them with roots from distant lands to give meaning to her art and the way she understands life itself. Alone, accompanied only by a piano, she unravels the best of her repertoire. Songs that time has settled and given body in some cases and others that preserve the freshness of the very moment they were written.

'París al piano' is a moment alone, an unrepeatable confession of a woman who carries the word art in her blood, and who in her songs leaves us glimpses of magic and reminiscences of the true art of music.

National Current Music Prize 2014 awarded by the Ministry of Culture when considering the jury that has raised the jot "at an international level" with his "exceptional and overwhelming" voice. Artist, composer, pianist and exceptional singer, she has been able to find her own path within music. Her roots are deep in Aragonese folklore, the land where she grew up, of which she is very knowledgeable and which has served as the basis for creating her music. She has been able to combine jazz with tango, bolero, ranchera, Andean, Cuban, Andalusian, oriental music and Afro or flamenco rhythms that wrap up in an unbeatable way the personal and committed poetry of she.

China Chana, 'From the patio': Saturday, July 2 at 10:30 p.m. in Plaza España in Ateca. After a time of record silence, China Chana reappears to open the doors of her house, her home. And it is precisely in her patio where the themes that make up what is her third album “From the patio” recently presented, are conceived as a journey to the most intimate, close and personal universe of China Chana.

The Villamayor de Gállego band vindicates good work, slow, macerated, unhurried music, treated with care, reflection and affection, where the value of tradition and evolution go hand in hand. It sounds like rumba and tangos with arabesque harmonies, jotas with Cuban son, tanguillos with airs of Peruvian swing celebration. Flamenco beats with brushstrokes of some other style that come together in that very Chinachan sound.

Live we will find stories of clandestine love (Canaster), optimistic and hopeful lyrics (Whenever you want or Until the moon), tributes to our elders (With a beret and with a toquilla), to historical memory (Letter from Julia Conesa. Thirteen roses ) and verses of our jota (La pajera) going through a song to heartbreak, the loss of home (The staircase) or the importance of what we learned when looking back.

Los Guajiro, 'Tierra': Saturday, July 9 at 10:30 p.m. at the Ibdes school recess. Two long-standing musicians offer us a short-distance live show, where the voice and the guitar are the main tools and the land is the literary element that serves as a union, as well as the roots that cross the seas to meet.

Turiasonan Jorge McFly, musician and poet, brings the attitude of the most militant Iberian rock and roll. His lyrics are close and everyday, with a great positivist background, his poetry speaks of the Moncayo lands where he grew up, of the Aragonese desert that sticks so close to his boots. On the other side Roberto del Pino or what is the same FulanitoDeTal, a native of San Diego del Valle, in the center of Cuba, bare in each of his songs his peasant origin, from the countryside, with vitality and commitment using trova as a tool. most traditional of the island.

It is a joint musical proposal where both reinterpret their own songs as well as other popular Spanish and Cuban songs that identify them, that bring them closer and make each one feel comfortable in their profile, merging, learning. In them, only the aesthetic differs, and it is precisely there where they deliver their essence to each other, without prejudice, making us enjoy an authentic sound journey. The band that accompanies Los Guajiro in the show is made up of the Aragonese Alonso Martínez and Guille Mata, and the Cuban Alexey Rodríguez Ringo.

'Tierra' deals with the common roots of both (Moncayo-San Diego), the solitude of the rural environment, the poetry that it contains and what was learned from the ancestors, so often forgotten in current times.

Llorente: Sunday, July 10 at 10:30 p.m. in Plaza Joaquín Costa in Alhama de Aragón. Llorente feeds on sincere, direct lyrics and arrangements without artifice. Acoustic and electric guitars, choirs, violins or nuances of keyboards build a wide range of sounds that go through rock, pop and folk. 'Ordinary people' (2018) and 'Lot's wife' (2019) are his works published to date. They are currently in the middle of recording his third album, produced by Cuti Vericad. LLORENTE has performed many concerts throughout the peninsula in recent years: Sonoraza-Ribera Festival, FestiMad, Castillo, or the legendary Sala Galileo Galilei in Madrid.

Elem: Friday, July 15 at 10:30 p.m. at the Paracuellos de Jiloca municipal sports venue. Born in Zaragoza, Elem is a composer, singer and pianist. After his classical training at the Superior Conservatory of Music, he decided to bet on his personal project and in 2019 he published his first album 'Lapso' composed of vital and emotional songs, with intimate reflections and social criticism, in which he reflects a great variety musical influences and styles. All her songs are connected by the common thread of her sweet and penetrating voice, her hallmark. Currently, she combines her live performances (both in band, acoustic and solo format) with her commitment to audiovisual musical productions and the composition of new songs that will shape her second album. She has a YouTube channel where she shares her own compositions and covers of hers on piano, guitar, and ukulele.

For the recording of the songs in concert of Music for an Invisible Theater he has counted on artists such as guitarist José Luis Arrazola, Satur Rodríguez on bass and chorus, Quique Casanova on drums, Chabi Benedé, guitars and chorus and Richi Martinez on piano , keyboards, guitars and choirs, Marisol Aznar and Sara Comín choirs and Fran Lopez, Alex Berges, Carlos Badorrey and Santiago del Campo on metals.

1 They investigate a person for four crimes against... 2 Juan de Padilla and María de Pacheco: the love that... 3 Two years in prison for a Koran teacher who extolled... 4 One in three high-level positions in Consum are held... 5 The squatters make a killing in San Vicente and force... 6 More than 15,000 people pass through the I Water Festival... 7 FM Logistic expands the area of ​​its Illescas... 8 León awards the gold medal of the city to the Civil... 9 The first Galician legal cooperative is made up exclusively... 10 The old man who put the bank in check receives the... 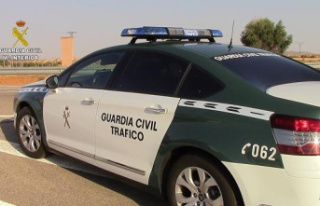 They investigate a person for four crimes against...