The first Galician legal cooperative is made up exclusively of women

From a vindication of the right to equality to a new model of exercising the office of law. 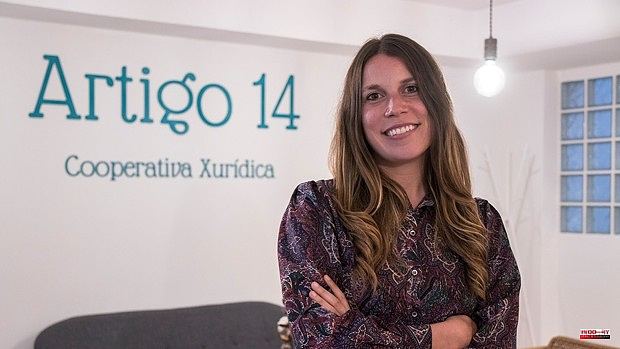 From a vindication of the right to equality to a new model of exercising the office of law. That is the route outlined by the lawyers Julia Álvarez and Eva Rosende, founding members of the first and only legal cooperative in Galicia which, honoring its name, Artigo 14, was born under the principle of equity in order to create a company horizontal and democratic.

Innovations in this sector are infrequent and their changes are usually not too profound. Establishing a new model, as these two Galician jurists did, is an arduous task in this traditionally conservative profession. The milestone is accentuated because it is the cooperative model, a formula that is frequently used in sectors such as agriculture or livestock, and whose premise is to put all the people in the company at the same level of rights and opportunities.

It is a structure that already exists in large cities such as Barcelona in the field of law, but that had never been put into practice in Galicia.

The reasons for choosing this model are many. Julia Álvarez explains that the fact of being a cooperative company offers great advantages related above all to flexibility. "Since we are partners and workers at the same time, we can better shape ourselves into situations to achieve benefits, such as in relation to salary increases and decreases," she says, recalling how this resource helped them better weather the crises that arose. And it also works as a claim for customers: "We know that there are many people who have chosen us because we are a cooperative," he says, since people see it as a model that stands out in principles and values, and that in addition It does not have any type of repercussion in the client». She even affirms that the attractiveness of the business comes entirely from this feature, because the prices to the public are not different from those offered by cabinets of other types of models. "What she calls is work ethic, ecology and our commitment to a gender perspective," she notes.

The revolution came twice. Álvarez and Rosende not only innovated in the Galician legal landscape by bringing the cooperative system, but also built a company that includes feminism as one of the main bases of the cabinet. Its staff is made up entirely of women, and both lawyers are on duty for cases of gender violence.

In the words of Álvarez, the decision to endow the project with a gender perspective is due to the fact that they do not consider Law as a neutral science, since they believe that the legal model contributes to maintaining a system in which women often suffer oppression. . In this way, they interpret the laws from this principle that there is a structural inequality towards women, focusing their work on equalizing the rights of both genders. "A clear example of the cases that we have in this regard is a collaboration that we currently maintain with an association of single-mother families, helping them to equate maternity leave to that of two-parent families," she explains.

They talk about gender inequality knowingly. The lawyer claims to have experienced discrimination in her own flesh in the field of work because of her sex. «In the legal profession, we, who are women and young people, are not listened to in the same way as a lawyer with 40 years of experience. A lot of times you have to prove twice as much, sometimes even at the client level, to be taken seriously." In its beginnings, this feature was an added difficulty when it came to building a stable client portfolio, which now, luckily, is already more than consolidated.

These two Galician lawyers started the project without setting limits, and look to the future without thinking about them. Álvarez and Rosende currently work in La Coruña and Santiago de Compostela, but they are determined to expand the family and add more lawyers to the cabinet. They recognize that the search process is being long and a bit complex, since they need to have enough trust with the new partner, because the cooperative model is based on maintaining synergies with the partners for decision-making. They speak of the ideal candidate in feminine terms because they would like to maintain a totally female workforce, although the gender of the person is not an exclusive condition.

The two Galician lawyers see the future with optimism and hope, and are committed to supporting other projects that want to join legal cooperatives in Galicia. And it will be something that will happen; These pioneers claim to receive frequent calls with questions about the model, and confess to being excited about consolidating this new way of seeing legal work in Galician society. Winds of change in the old profession of law.

1 The old man who put the bank in check receives the... 2 Mañueco again marks distances with Vox and will speak... 3 Seven out of ten Spaniards have not had a cholesterol... 4 Hidraqua and its affiliated companies in the Valencian... 5 The Aragonese Center of Barcelona cedes its historic... 6 What would happen if Sweden and Finland join NATO... 7 The White House draws up a list with instructions... 8 G7 agrees to sanction Russia by blocking its defense... 9 What does it mean that Russia has entered into suspension... 10 BBVA's new notice to its customers for June 30 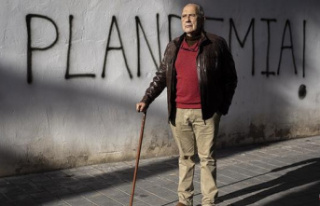 The old man who put the bank in check receives the...