Juan de Padilla and María de Pacheco: the love that survived the war

The book 'Comuneros' addresses hitherto unknown aspects of a relationship that could change the course of history, a fascinating union between community members Juan de Padilla and María Pacheco that went beyond death and desolation. 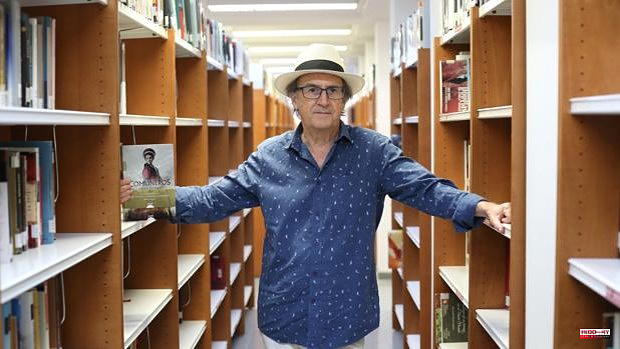 The book 'Comuneros' addresses hitherto unknown aspects of a relationship that could change the course of history, a fascinating union between community members Juan de Padilla and María Pacheco that went beyond death and desolation. Published by the Algaida publishing house, it offers unique details about Toledo, the community leaders, the war of the communities and it is also a reflection on power through those men and women who fought for freedom. The novel exalts, above all, the figure of María Pacheco, a woman who has not been fully recognized: brave, intrepid and highly cultured thanks to the great education she received from her father. She managed to keep the llama comunera in Toledo nine months after the defeat at the battle of Villalar, in 1521, until she had to go into exile in Portugal, where she died.

Its author, Alfonso Domingo, explains to ABC that one of the axes of the novel is the love between Juan de Padilla and María Pacheco: «It was a crush, she was only fifteen years old, she was gorgeous, blue-eyed and upper class, and she fell in love with him when she met him at the Alhambra, in Granada. There they got married and spent their honeymoon. Her love, however, was consolidated in Toledo, in her house, very close to the square where a sculpture now recalls the historical figure of Juan de Padilla. In this city, her only son, Pedro, was born, who died when he was only seven years old and whom he left as a hostage so that the concord of the Sisla would be fulfilled. Alfonso Domingo tells that it was a beautiful and authentic love story, despite the fact that in those years marriages were of convenience. 'La Leona de Castilla', as María Pacheco is also known, symbolizes until the end the defense of community ideals, which is reflected in this novel supported by a work of "bookworm", with conversations with the highest subject matter specialists and dozens of files.

Alfonso Domingo wanted to portray that moment in history, a time of love and war, using the life of María Pacheco and her union with Juan de Padilla that goes beyond death, at a time in the history of Spain as a plot line. which, he says, could be "our peculiar Game of Thrones."

The book was presented in Toledo last Thursday, at the Regional Library, in a ceremony attended by the former mayor of Toledo, the lawyer Joaquín Sánchez Garrido, who praised Juan de Padilla, whom he described as a liberator, "a good man , honest, who fought against the established power» and whom Toledo was slow to recognize, something that still needs to be done with the figure of María Pacheco. Of the same opinion is the writer Alfonso Domingo, who cannot explain how this great woman, one of the most outstanding in the history of Spain, has not yet received public recognition in this city. She is together with Juan de Padilla, Juan Bravo and Francisco Maldonado in the monolith of the Villalar community members made in 1889.

The act also performed for the first time in years, the couplets to Padilla, the only ones that have survived from the communal era, and which were composed and printed in Toledo in the spring of 1520. A long excerpt from those couplets, which is have rescued from the national library, were interpreted by Luisa and Cuco Pérez during the presentation.

1 Two years in prison for a Koran teacher who extolled... 2 One in three high-level positions in Consum are held... 3 The squatters make a killing in San Vicente and force... 4 More than 15,000 people pass through the I Water Festival... 5 FM Logistic expands the area of ​​its Illescas... 6 León awards the gold medal of the city to the Civil... 7 The first Galician legal cooperative is made up exclusively... 8 The old man who put the bank in check receives the... 9 Mañueco again marks distances with Vox and will speak... 10 Seven out of ten Spaniards have not had a cholesterol... 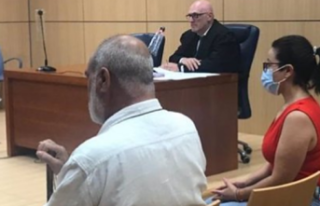 Two years in prison for a Koran teacher who extolled...