At 79 years old, Carlos San Juan transformed his cane into Tizona to challenge the banking giants. 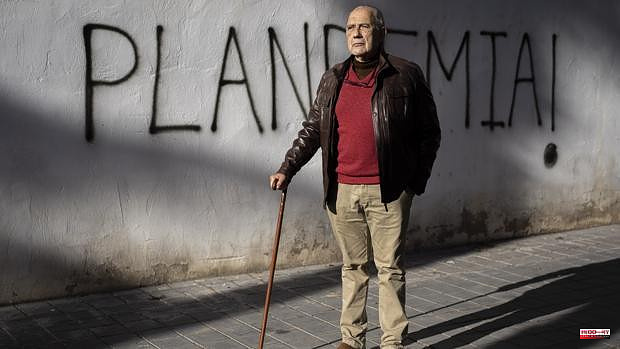 At 79 years old, Carlos San Juan transformed his cane into Tizona to challenge the banking giants. His campaign 'I'm older, not an idiot' has collected nearly 650,000 signatures on Change.org to achieve better face-to-face care at branches for the elderly: a noble cause for which he will receive the European Citizen of the Year award.

"I feel very excited, but not the protagonist," San Juan explains to ABC, who gives credit for the initiative to "all the signatories and the media." "We have formed a great team and we have managed to spread it all over the world," says the winner who will share the award from the European Parliament with the Spanish chef José Andrés for his humanitarian work in Ukraine and with the ANAR Foundation for offering psychological support and law in cases of missing children.

Despite the triumph of being recognized as a European Citizen 2022, this elderly man of Zamoran origin and Valencian by adoption clarifies that "there is still a long way to go and work to do", but that "the torch that has been lit will not go out" .

However, he remains "on alert" for the times and forms of the Executive, since the First Vice President of the Government, Nadia Calviño, promised him that before the end of June the Law creating the Independent Administrative Authority would be approved of defense of the financial client, whose preliminary project has the approval of the Council of Ministers since April 6.

"The law was promised in front of everyone and it is essential that it arrives as soon as possible," he replies. In it, the introduction of the principle of personalized attention is contemplated, which will take into account different factors such as age, geographical area and the level of competence of the clients, in order to guarantee face-to-face, telephone and telematic channels, adapted and accessible for groups more vulnerable.

'The scourge of banking' recognizes that, in its opinion, greater face-to-face attention can be seen in some bank branches, such as the extension of hours, although in others it observes a certain "slowness", since "some companies They have not put the batteries and have passed Olympic ». "In the end, the banks that don't adapt will get us to switch to others that do," he stresses.

During this Monday, the president of the Generalitat Valenciana, Ximo Puig, receives the retired doctor in audience on the occasion of his recent award by the European Parliament as Citizen of the Year. Six months after starting his particular fight, San Juan has managed to meet with different ministers and with the governor of the Bank of Spain, unequivocal proof that the initiative "was necessary and fair."

"It has gone deep because there was a fertile ground and a great state of indignation," he exposes. “Due to these social situations, it seemed that a drop was needed to overflow the glass or a catalytic enzyme that provoked the reaction”, compares San Juan.

For this reason, he considers that "banking, like administration and medicine, are public services that cannot exclude anyone." Thus, he defends the concept of "analog bubble", in which "people who cannot or simply do not want to adapt to a complete digitization of citizen services must coexist".

By way of reflection, despite the success of his crusade against the banks, San Juan is "wanting" to move away because he does not want to "continue sucking on the camera." "My greatest joy is giving visibility to the elderly and that is why the award belongs to all of them and to the rest of society that has supported us."

1 Mañueco again marks distances with Vox and will speak... 2 Seven out of ten Spaniards have not had a cholesterol... 3 Hidraqua and its affiliated companies in the Valencian... 4 The Aragonese Center of Barcelona cedes its historic... 5 What would happen if Sweden and Finland join NATO... 6 The White House draws up a list with instructions... 7 G7 agrees to sanction Russia by blocking its defense... 8 What does it mean that Russia has entered into suspension... 9 BBVA's new notice to its customers for June 30 10 From leader of the ultras to president of Hertha 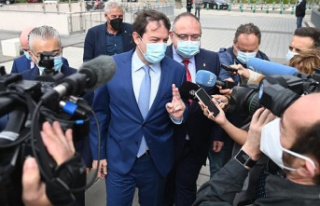 Mañueco again marks distances with Vox and will speak...