The opposition delegation and the delegation of the Venezuelan Government hold talks to resume dialogue. 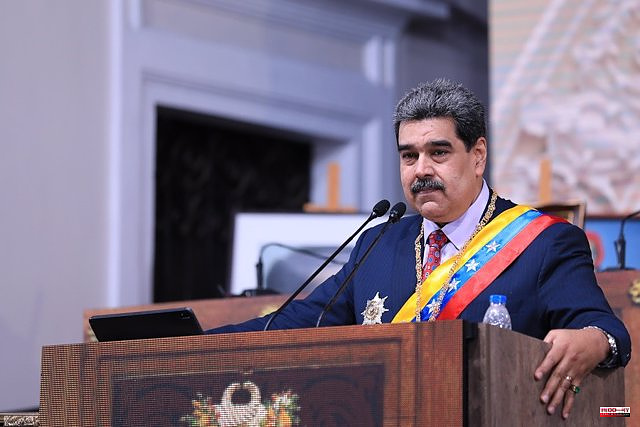 The United States is considering easing economic sanctions against Venezuela in a gesture intended to encourage a resumption of negotiations between the US-backed opposition and the government of President Nicolás Maduro.

The Treasury Department has issued this Tuesday a license to Chevron, the only large North American oil company that continues to operate in the South American country, to carry out a possible restart of production, which had ceased under the United States sanctions, according to what has been advanced. the newspaper 'The Washington Post'.

This license could mark the beginning of a series of measures aimed at easing oil sanctions, depending on the cooperation of the Venezuelan government, according to senior US officials, as reported by the aforementioned media.

If the government of President Nicolás Maduro returns to negotiations with the opposition aimed at guaranteeing free and fair elections in 2024, the United States could allow Chevron to start sending equipment to Venezuela.

"The world knows that Venezuela has taken its first steps on the road to economic recovery with its own effort, denouncing and overcoming the illegitimate sanctions and the inhumane blockade. Our people are proud of the work and achievements of recent times," he said. The Vice President of Venezuela, Delcy Rodríguez, reacted on her official Twitter profile.

Given the possible decision by Washington, he has indicated that the Government of Venezuela has already "verified and confirmed" this step, so now Caracas hopes that the path "for the absolute lifting" of the sanctions will begin, which it has described of "illegal".

"The Bolivarian Government of Venezuela, attached to its deep democratic values, will continue to tirelessly promote fruitful dialogue in a national and international format," Rodríguez added on his social networks.

The president of Colombia, Iván Duque, has also celebrated this possible step, assuring that it is a "triumph of diplomatic pressure." "It is up to him to recognize the outrages that were committed in the past against oil companies in that country," he stressed, according to Caracol Radio.

These movements take place after the lifting of the sanctions on Cuba, imposed at the time of former US President Donald Trump, and in the framework of the Russian invasion of Ukraine, which has caused an unprecedented rapprochement in the last three years between the Biden Administration and the Venezuelan Government.

Washington imposed sanctions on Venezuelan oil in 2019, in retaliation for the 2018 presidential elections. Venezuela currently produces some 800,000 barrels of crude oil a day, far from the three million it maintained for years.

The blockade of the energy industry of the South American country has led to a greater dependence on Moscow, which is why Washington is now considering formulas to reverse some of the punishments imposed against Venezuela.

The United States has been considering this option for several months. Last March, the US National Security Adviser, Jake Sullivan, stressed in statements to the NBC network that "any relief" from the sanctions will go hand in hand with the "concrete steps" taken by both Maduro and "the people who surround him ".

MEETING WITH THE OPPOSITION DELEGATION

"In my capacity as representative of the delegation of the Bolivarian Government of Venezuela for the dialogue processes, I have held a meeting with Gerardo Blyde to seek action formulas for the future," he said on his official Twitter profile.

Rodríguez has detailed that, during the meeting, they have also discussed the issue of Alex Saab, alleged figurehead of the Venezuelan president, Nicolás Maduro. "Our brother Alex Saab, kidnapped for 704 days, is a full member of the Venezuelan delegation and is our delegate," he said.

For his part, Blyde has issued a statement in which he corroborates the "formal" talks to achieve said reactivation. "These conversations will include meetings and discussions with the aim of specifying and agreeing on the necessary elements for the prompt restart of this process," she indicated.

"We reiterate our total willingness to urgently build a great political agreement that allows the recovery of Venezuela through the democratic re-institutionalization of the country, the holding of free, fair and transparent elections and the restitution of fundamental rights for all Venezuelans" , has settled.

Maduro established a series of talks with the Venezuelan opposition in Mexico in mid-August, although these were finally suspended after Saab was extradited to the United States despite being considered a member of the Venezuelan diplomacy.

1 First day of terraces in France: "A year ago,... 2 Gallardo assures that the Junta de Castilla y León... 3 Canada extends its sanctions against Moscow and prohibits... 4 The United States concludes that the investigation... 5 2022 tax filing date: first deadline next week! For... 6 North Korea reports another six deaths from the first... 7 US Department of Justice requests access to transcripts... 8 The UN expresses its "serious concern" about... 9 Netflix cuts its workforce to cope with slowing growth 10 Togo officially opens land borders after two years... 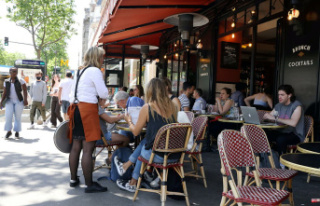 First day of terraces in France: "A year ago,...