The transport sector is experiencing a historic moment after the approval of the new sector law at the end of March. 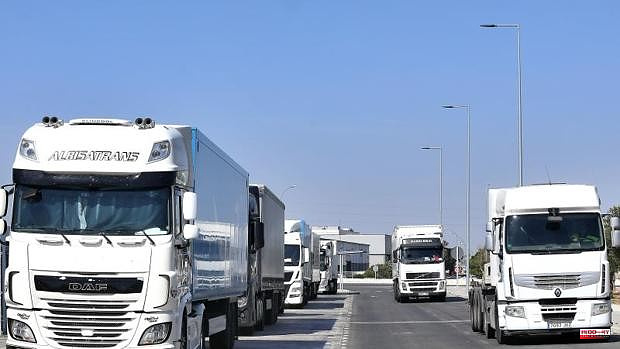 The transport sector is experiencing a historic moment after the approval of the new sector law at the end of March. A rule that served to call off the Christmas strikes and that has shaped historical claims such as the prohibition of the driver in loading and unloading services and the price review clause due to the evolution of diesel prices.

But equally historic is the situation of 'war' that the sector is experiencing. A true 'perfect storm' in which all possible 'black swans' are piled up. The pandemic and Brexit were the appetizer last year. The departure of the United Kingdom from the European Union has caused a maelstrom of bureaucracy and border waiting times that are driving up costs for transport companies.

To which has been added this year the exorbitant prices of diesel, natural gas and electricity due to the war. And they are not the only extra costs. "Also the increase in Renfe Mercancías rates, which slows intermodality even more and the strike that a part of our sector carried out in March and that translated into millionaire losses for many of our companies, which continued to work as best they could," he pointed out. this morning during the XLV general assembly of Astic, its president Marcos Basante.

However, the president of the internationalized carriers also pointed to the excessive rates, bureaucracy and regulatory pressure that suffocate the sector; the pressing lack of professional drivers (in Spain between 18,000 and 20,000 freight carriers and 6,000 passengers are needed) and the existing barriers in the training process to become a professional driver or its excessive fragmentation (of the more than 104,000 transport companies of goods in Spain, only 4% are large companies). Also the continuous tensions in the global supply chain, such as the enormous traffic jam that the port of Shanghai is currently experiencing, due to the zero Covid policy that the XiJin Ping government is following.

Despite the difficulties in finding workers, the sector is focusing on coping with the unstoppable growth of e-commerce, which has been launched by the pandemic, and which they calculate will have grown by 21% in 2021. A phenomenon that has helped lift the turnover of the sector, which last year reached 37,500 million euros, 7% more than in the previous year, according to Astic estimates.

In the Assembly inaugurated by the president of Cantabria, Miguel Ángel Revilla, the General Director of Land Transport of the Ministry of Transport, Jaime Moreno; The members of the ASTIC executive committee have also participated in this event, Inés Cardenal, Director of Communication and Legal Affairs of the Spanish Association of Petroleum Product Operators (AOP); Pierre-Yves Sachet, Vice President of Mobility

Basante assured during the assembly that the discounts on diesel for carriers agreed within the framework of government aid to companies for the war in Ukraine, will be extended beyond June 30. "That was the commitment made with the Government if the situation continued, so we count on it," Basante estimated.

The sector also remains attentive to possible changes in regulations that lead transport companies to pay fees for road use. It is not a distant threat. The Provincial Parliament of Navarra is close to approving tolls for trucks over 3.5 tons. If it happens, Basante already warns: "If they publish the rule, we will go to court." The norm is also persecuted by the Government and this week the Minister of Transport, Raquel Sánchez, reopened the door to this imposition by assuring that she saw Navarra's proposal "interesting".

1 Barcelona suspends the opening of supermarkets and... 2 The mother of the young women murdered in Pakistan... 3 Covid causes 71 deaths and more than 5,000 infections... 4 A 20-year-old man was arrested as the alleged perpetrator... 5 AR-15, the protagonist rifle of the shootings of the... 6 Luquero, in his farewell: "We can make a positive... 7 Amendment to the entire “country pact” of the... 8 The judge files the case against the mayor of Almonacid... 9 The Tagus River, with the innocent eyes of the children... 10 Provisional release for the actor Luis Lorenzo and... 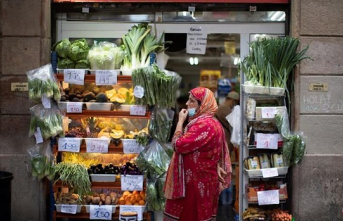 Barcelona suspends the opening of supermarkets and...