The Prosecutor's Office has appealed this Friday before the Valencia Court the order in which the judge agreed on probation with removal for the five minors between 15 and 17 years of age detained for the alleged rape -group and individual- of two girls of 12 in the Valencian town of Burjassot. 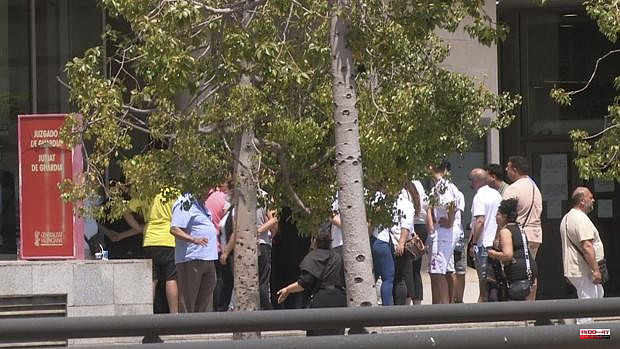 The Prosecutor's Office has appealed this Friday before the Valencia Court the order in which the judge agreed on probation with removal for the five minors between 15 and 17 years of age detained for the alleged rape -group and individual- of two girls of 12 in the Valencian town of Burjassot.

The Public Ministry has again requested the internment in a closed regime of the young people, "because it considers this measure more appropriate to the facts", which it describes as "extremely serious", given a possible risk of flight.

Despite the fact that the head of the Juvenile Court number 2 acknowledged in her records this Thursday that there were "rational indications of committing a crime", she finally decided not to apply a measure "as burdensome" as the one required by the prosecutor, who requested the internment of four of them and probation for the fifth.

After starring in some moments of tension, the hundred relatives of those arrested who gathered at the gates of the City of Justice in Valencia, where their statements were taken, received the minors with cheers as they left the courts.

The National Police had arrested them on Wednesday afternoon in the same municipality and they had spent the night at the police station. The Family and Women's Care Unit (UFAM) continues with the investigations and it is still not ruled out that there is a sixth person involved.

The events occurred on Monday in an abandoned house in Burjassot, about eight kilometers from the capital of Turia. A third young woman, a friend of the victims, sounded the alarm when one of the girls warned her of what had happened through an Instagram message. She placed her position near a subway station.

After alerting the parents, who in turn called the Police, an intense raid began in the surroundings -there are three stations in that area- with which both were located and a statement was taken in the presence of their parents.

The minors had been, through the well-known social network, in a park -adjacent to the building in which the events occurred- with two young people whom they did not previously know. The first investigations suggest that one of them tried to have sex with one of the girls, who managed to escape after being sexually assaulted. Four other boys also came to the abandoned house, friends of those who made the appointment, who would have committed the gang rape of the other victim.

The medical examination carried out on one of the young women revealed signs compatible with an event of these characteristics, for which the National Police informed the Juvenile Prosecutor's Office of what had happened. In parallel, the agents in charge of the case analyzed the mobile phones of the girls to identify the aggressors and facilitate their arrest.

In addition, a team of the Scientific Police carried out a detailed inspection on Tuesday in the abandoned house in which the events occurred, waiting to also analyze the clothes worn by the victims.

1 For Volodymyr Zelensky, only “diplomacy” will... 2 Spain warned the ECHR that the 'Atristain doctrine'... 3 Enrique Santiago stresses that Spain needs a strong... 4 Albares addresses the situation in Eastern Europe... 5 Montreal: a fire in a residential building in Saint-Michel... 6 Lotto-Max: $86 million jackpot at stake in next draw 7 North Korea confirms nearly 220,000 new coronavirus... 8 A party in Gran Canaria could be the second outbreak... 9 A man assaults his partner in the middle of the street... 10 Iceta believes that the King Emeritus should give... 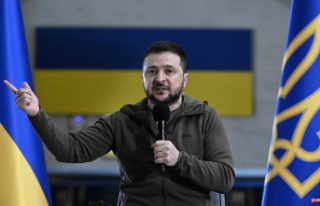 For Volodymyr Zelensky, only “diplomacy” will...