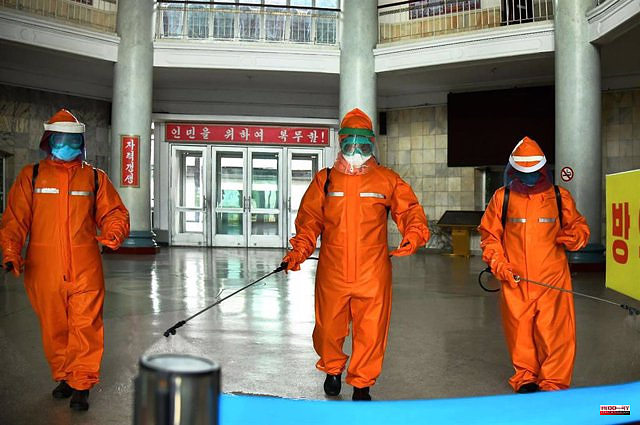 North Korean health authorities confirmed nearly 220,000 new coronavirus infections this Saturday and one death from the virus just nine days after confirming its first outbreak of the disease.

Since the beginning of this outbreak, North Korea, with a population of about 25 million people, has registered more than 2.46 million infections, of which 1.76 have recovered from the disease.

However, due to the lack of means to confirm coronavirus infections, health authorities are reporting infections due to a strange "fever". Much of the international community, including the World Health Organization (WHO), has offered to help Pyongyang, although the Asian nation has not responded.

Although from abroad the evolution of the pandemic is viewed with some concern, from within the North Korean borders it has been reported that the spread of the pandemic has been contained and reduced, according to the South Korean news agency Yonhap.

North Korean authorities confirmed their first case of coronavirus on May 12, more than two years after the outbreak of the pandemic.

1 A party in Gran Canaria could be the second outbreak... 2 A man assaults his partner in the middle of the street... 3 Iceta believes that the King Emeritus should give... 4 Bruno Le Maire reappointed to Bercy: the "priority"... 5 Moscow insists that the sanctions imposed against... 6 López Obrador sends "to hell" to the Mexican... 7 Video games: babies everywhere! 8 “Downton Abbey: a new era”: the “quiet heroism”... 9 Nadal and Alcaraz, two kings for one throne 10 The absence of wind prevents Don Juan Carlos from... 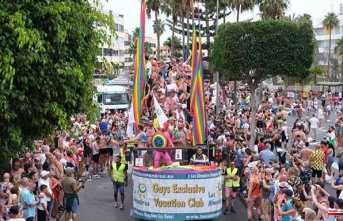 A party in Gran Canaria could be the second outbreak...