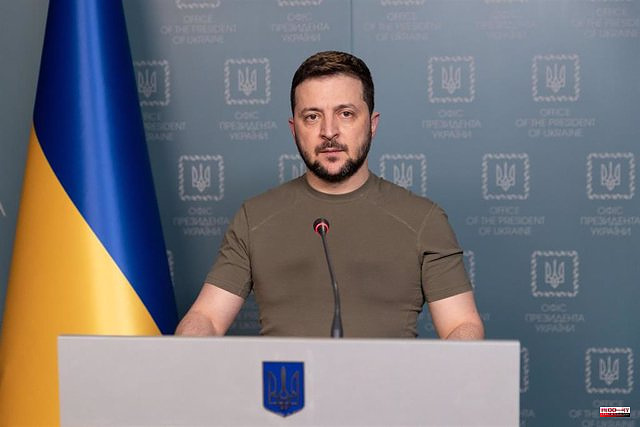 The president of Ukraine, Volodimir Zelenski, has thanked the United States for approving a package of economic, military and humanitarian assistance valued at 40,000 million dollars (37,700 million euros).

"It is a manifestation of strong leadership and a necessary contribution to our common defense of freedom," the Ukrainian leader said in his evening speech, adding that Ukraine's budget deficit is 5 billion dollars (4.725 million euros).

"To support the war for freedom, we need fast and sufficient financial support. And it's not just about expenses or a gift from partners. This is your contribution to your own security," he said.

In this sense, Zelensky has reiterated that "the defense of Ukraine also means the defense of new wars and crises that Russia may provoke", so we must work "together" to guarantee that Moscow "does not succeed in its military aggression". and economic against kyiv.

As usual, the Ukrainian president recalled his conversations on Thursday with the President of the European Commission, Ursula von der Leyen, and with the British Prime Minister, Boris Johnson, as well as with students from Ukrainian universities.

"I instructed the Minister of Education to prepare changes allowing applicants from all temporarily occupied territories to enter Ukrainian universities under a simplified procedure," he explained.

Thus, Zelenski has stressed that it is necessary to guarantee "the education of those students who study and who come from the currently occupied territories." "We talked to students about post-war reconstruction and how to ensure the security of our state for decades to come," he added.

Finally, the Ukrainian president has referred to the Russian advances in Ukrainian territory, assuring that the "brutal and absolutely useless bombardment" of Severodonetsk has caused at least 12 deaths and dozens of injuries in a single day.

"(There have been) Russian attacks in the Chernigov region, in particular the terrible attack in Desna. Rubble clearance continues, many dead. Constant attacks in the Odessa region, in the cities of central Ukraine. The Donbas region It is completely destroyed," he lamented.

Likewise, Zelensky has stated that these actions are "deliberate" and "criminal" attempts to kill Ukrainians, "as many as possible." "This is what will be called the genocide of the Ukrainian people and for which the occupiers will definitely be brought to justice," he added.

"The first trial in Ukraine against a Russian war criminal has already begun. And it will end with the full restoration of justice within the international court. I am sure. We will find and bring to justice all those who give and carry out criminal orders," has settled.

1 Czech Republic extends state of emergency due to "unprecedented... 2 Clashes between Orthodox Jews and the Police on Mount... 3 Oklahoma approves a bill that prohibits abortion from... 4 Harris warns that reversing 'Roe versus Wade'... 5 The Argentine Justice declares the State guilty of... 6 The Colombian Foreign Minister visits Paraguay in... 7 38 NGOs, including HRW and AI, ask Algeria to end... 8 The United States says that the weather has affected... 9 Japan will send 1.9 million euros to help the IAEA... 10 TV license fee 2022: this year it's over! How... 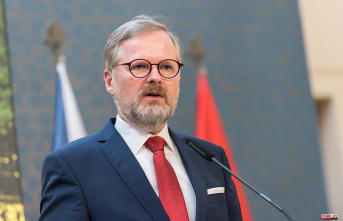 Czech Republic extends state of emergency due to "unprecedented...