The White House assures that this law "is the most extreme effort to undo these fundamental rights" of Americans. 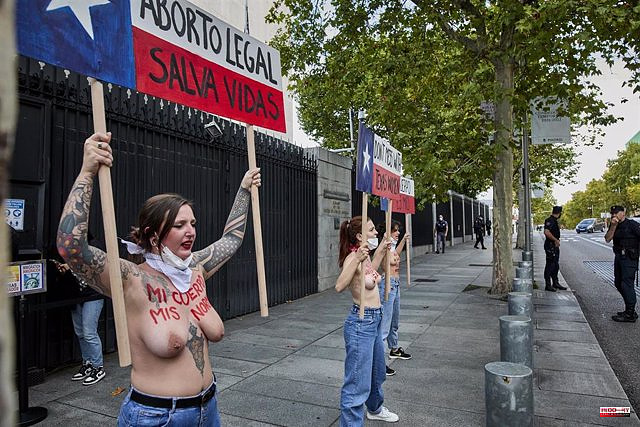 Oklahoma has approved this Thursday a law that prohibits abortion from the moment prior to fertilization, making this state the most restrictive in terms of voluntary interruption of pregnancy, within the framework of the leaked, non-final draft of the US Supreme Court about the ruling 'Roe versus Wade'.

Oklahoma Governor Kevin Stitt will need to sign the law into effect, legislation passed on a 73-16 vote that does not include "the supply or sale of morning-after pills or any type of emergency contraception", as reported by 'The New York Times'.

"There can be nothing higher than the defense of innocent and unborn life," declared the Republican state representative, Jim Olsen, who already pointed out in early April that, despite the fact that "rape and incest are a crime horrible", the "baby" still "has a right to life".

The state of Oklahoma gave its final approval in early April to a bill that almost completely bans abortion, with no exceptions in the case of rape or incest, so those who perform this procedure will face fines and even death. ten years in prison.

Inspired by the Texas rule, ratified by the Supreme Court in September 2021, there are several states controlled by Republicans in which similar texts have been presented that prohibit the right to abortion, even in this type of situation.

Likewise, just two weeks ago a draft Supreme Court ruling was leaked that involves reversing the 'Roe versus Wade' ruling, a 1973 text that implies the recognition of the right to abortion at the federal level and prevents states from legislating abortion. regard.

Thousands of demonstrators gathered in 400 cities in the United States, such as Washington or Los Angeles, to protest against the upcoming elimination of the right to abortion at the federal level by the Supreme Court.

THE WHITE HOUSE CONDEMNS THE LAW

"The President believes that women have a fundamental right to make their own reproductive health decisions. 'Roe' has been the law of the land for nearly 50 years, and the basic fairness and stability of our law requires that no annul," White House spokeswoman Karine Jean-Pierre said in a statement.

Thus, he has emphasized that the action of the Oklahoma legislature "is the most extreme effort to undo these fundamental rights that the United States has seen to date", thus adding to the words pronounced by the US vice president, Kamala Harris, who He has also called the action "scandalous".

Likewise, the White House has denounced that the law adopts "the absurd plan of Texas to allow private citizens to sue their neighbors for providing reproductive health services and helping women exercise their constitutional rights."

Jean-Pierre has stressed that there is a "growing effort by MAGA officials, referring to the acronym 'Make America Great Again,' to 'roll back freedoms' that 'should be taken for granted' in the country.

"They are starting with reproductive rights, but the American people must know that other fundamental rights, including the right to contraception and marriage equality, are at risk," he added.

In this sense, the White House spokeswoman has ruled that "the president has committed to defending these constitutional rights and protecting the fundamental freedoms of Americans", something that she also repeated after learning of the Supreme Court's draft on the historic ruling of ' Roe versus Wade'.

1 Harris warns that reversing 'Roe versus Wade'... 2 The Argentine Justice declares the State guilty of... 3 The Colombian Foreign Minister visits Paraguay in... 4 38 NGOs, including HRW and AI, ask Algeria to end... 5 The United States says that the weather has affected... 6 Japan will send 1.9 million euros to help the IAEA... 7 TV license fee 2022: this year it's over! How... 8 The US threatens to block the trade agreement with... 9 2022 tax filing date: just a few days left! When to... 10 Huawei claims that the 5G Cybersecurity Law be applied... 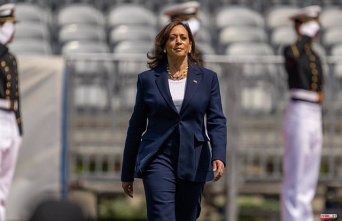